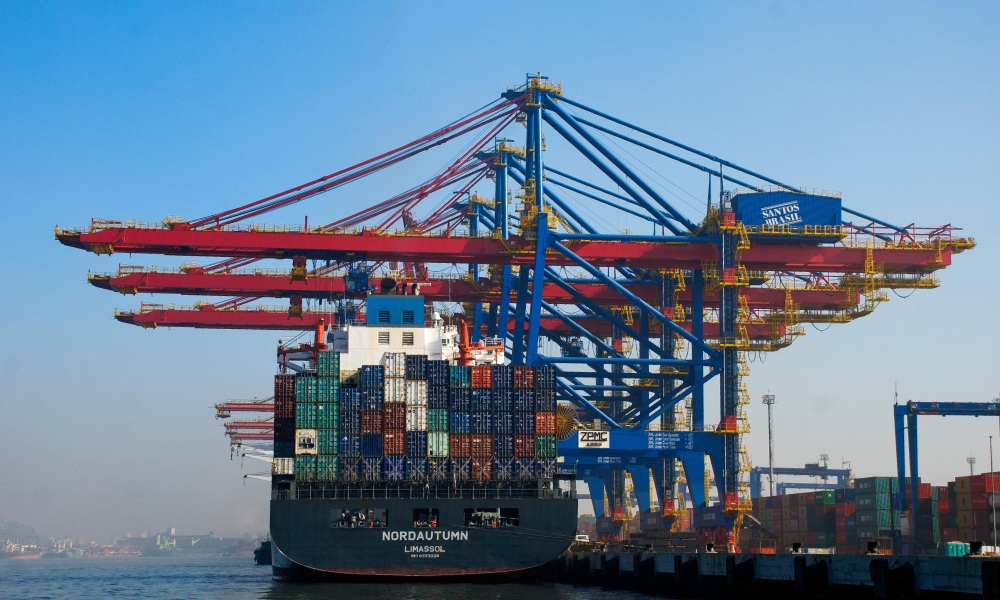 The simplicity of this picture, however, is a little misleading. Many origin countries are, in fact, also the destination for millions of bags of coffee each year.

A good example is Brazil, the world’s largest coffee exporter to date. In 2020 it exported more than $5 billion of coffee to various countries across the globe, according to OEC data. But in the same year, it also imported around $60 million worth of coffee, putting it among the world’s top 50 importers.

This is a complex and seemingly paradoxical phenomenon that occurs everywhere from East Africa to Latin America – yet it’s not without reason.

Typically lower purchasing power in producing countries means the most valuable lots are exported to the Global North where they will receive a better price. In countries where the percentage of valuable coffees outweigh the ones destined for soluble, instant coffee, they are left with little choice but to import from elsewhere.

“In Kenya, there is an emerging trend of new roasters and cafés,” says Ritesh Doshi, who owns a coffee roastery in Nairobi, Kenya.

“But coffees from Kenya, Ethiopia, Rwanda, and Burundi generally trade at a premium to other mild arabicas, so there is a benefit to them going abroad. The highest volume being consumed domestically is still soluble – and that is being imported.”

Interestingly, much of the soluble coffee being imported by Kenya and other coffee producing countries is manufactured in Mexico – another significant coffee producer. This does not mean that Kenyans are necessarily drinking Mexican coffee, however.

In 2022, Nestlé opened its largest soluble coffee production facility worldwide in the Mexican state of Veracruz. Capable of processing 670,000 bags of coffee a year, it is expected to bring Nestlé’s total annual production at its facilities in Mexico to nearly 2 million 60kg bags.

But because the country only produces around half a million bags of robusta, most of the coffee comes from Brazil, which produces more than 22 million 60kg bags of robusta per year.

In this scenario, Kenya is importing soluble coffee from Mexico which is importing from Brazil – despite the fact that Kenya is among the world’s most widely recognised coffee producers.

Price premiums & the culture of smuggling

Serving domestic consumption and demand for soluble coffee is one reason coffee producing countries import coffee. But there is also the influence of price premiums, particularly for neighbouring countries.

When coffee prices go up, for example, traders and brokers will often seek to negotiate bigger export contracts at higher differentials. According to Venezuelan coffee expert, Raul Martínez, this raises the demand for coffee imports from elsewhere to cover commitments.

“Much of the coffee imported to producing countries in South America is to cover export contracts that have been pre-negotiated,” he says.

In 2016, it was reported that coffee was entering Mexico illegally from Honduras and Guatemala, as traders went in search of higher premiums. At the time, Mexico was struggling with a weak crop amid growing domestic consumption and a devaluing peso currency that encouraged exports of coffee.

Meanwhile, in East Africa, the proximity of the region’s six major coffee producing countries has made it easy to move coffee between borders, which has also fostered a culture of smuggling.

One of the most widely reported examples is the case of Uganda in the 1970s. Facing a US trade embargo following the killing of Archbishop Janani Luwum and the rounding up of American citizens, Ugandans started to sell their coffee through Kenya.

In total, it is estimated that between 1976 and 1977 over 30% of Uganda’s coffee production – equivalent to around 70,000 metric tonnes – was smuggled into Kenya before being exported.

Today, it is believed that up to 70% of coffee produced in the Democratic Republic of Congo (DRC), is smuggled into neighbouring countries, such as Uganda and Rwanda. This is to get around the hefty export taxes imposed on agricultural products, while also taking advantage of price disparities. For example, in 2019 the average export price of coffee from the DRC was $2.61 per kg compared to $3.18 in Rwanda.

“Some coffee near the borders – especially near Kenya and Uganda – is smuggled across and ‘sold as’ Kenyan coffee, as Kenyan coffees command a higher price,” Ritesh says.

In Kenya and other East African countries, the demand for higher-quality coffee is growing. However, Ritesh admits that even if this is the case, it will take a long time to convince producers to sell their coffee domestically.

“The value of local sales will always be outstripped by international demand,” he explains. “In many cases, we are the only local value-addition partner for the producers we work with.”

Indeed, because of its affordability and ubiquity, it’s likely that soluble and instant coffee will continue to constitute a large share of the local consumer market in East Africa. But governments in some coffee-producing countries are also making a concerted and combined effort to push back against the import of finished products, including roasted and soluble coffee.

In an attempt to promote industrialisation and local value addition, the governments of Kenya, Tanzania, Rwanda, Burundi, Uganda, and South Sudan – known as the East African Community (EAC) – have increased the import tariff on products such as soluble coffee from 20% to 35%.

By enacting a combined tariff increase, it is expected to reduce the incentive to smuggle and encourage interest in consuming coffees grown domestically.

However, Ritesh is sceptical of the success that policies of this kind will have on the local industries. “Despite being a local roaster who would benefit from protectionist legislation, I think a misconception of government bureaucrats is for more, if not all, coffee to have value added in-country. But given the nature of the product, this is close to impossible to mandate – and would completely kill the industry.

“Some of this rhetoric is to politically motivated and to placate producers. But the truth is, any government mandate to add 100% value in country will backfire given the needs to roast closer to the customer to ensure freshness.”