What next for Luckin Coffee? 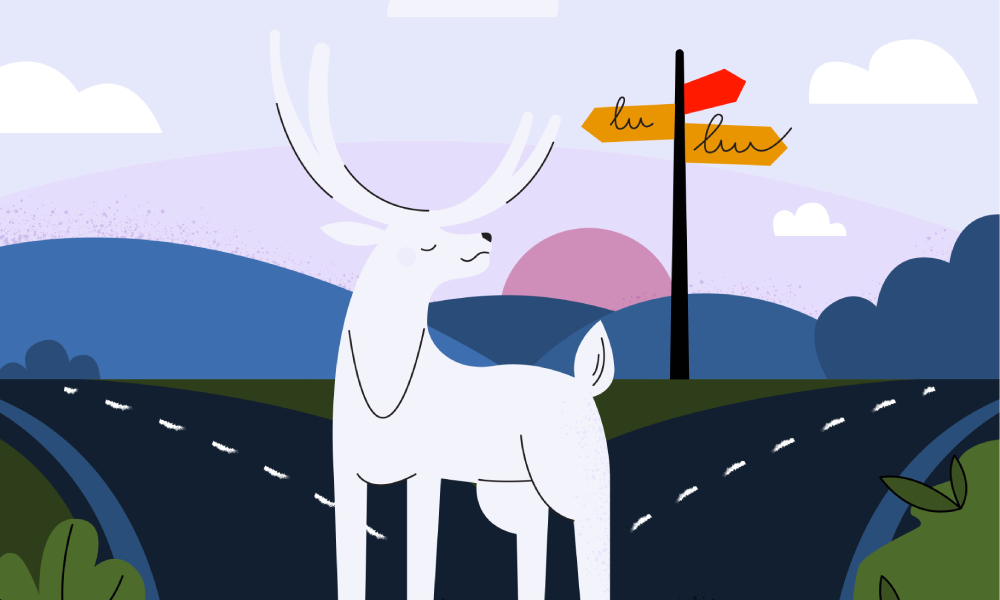 IN 2019, Luckin Coffee was the darling of China’s coffee industry. In just two years it had gone from a handful of stores in Shanghai and Beijing to the largest coffee chain in the country, with a market value close to $13 billion.

The whirlwind journey, spearheaded by founder, Charles Lu, had involved an aggressive expansion strategy that saw it spend three times as much as it earned. Eighteen months after launching, it showed its intention to take on Starbucks not only at home but also abroad, when it set the record for the fastest Nasdaq listing by a Chinese company.

However, in early 2020, it all came crashing down.

Muddy Waters Research, an American short selling firm, published a damning 89-page report which revealed that, in order to boost its stock price and receive more financing, Luckin had inflated its sales figures. It said the company was “fundamentally broken” and accused it of having poor corporate governance. The ensuing investigation found that fabricated transactions amounted to more than 2 billion yuan (approximately $310 million).

In response, the US stock market halted trading on all Luckin shares and, shortly after, investors withdrew, with the company’s stock falling by more than 80%. Luckin admitted fraud and was delisted from Nasdaq. The US Securities and Exchange Commission forced it to pay $180 million in settlements.

At the time, many predicted the end for Luckin not just in the US but China too.

Yet, two years after the scandal broke, the coffee chain is showing signs of a rebound, having adopted a more sustainable approach to growth following a leadership overhaul.

So what does the future hold for China’s biggest coffee chain?

The rise of “China’s Starbucks”

The remarkable rise of Luckin is inseparable from the Chinese coffee market.

When the first Luckin store opened in Beijing in October 2017, the country was already seeing rapidly growing interest in coffee-based products, from cappuccinos to cold brew.

Thanks to an expanding group of young, middle class consumers, year-on-year coffee consumption was increasing at a rate of 30%, 15-times the global average. In May 2019, the Chinese coffee market was valued at $10 billion, with Starbucks reportedly opening a new store every 15 minutes to keep up with soaring demand.

Luckin Coffee’s rapid expansion between 2017 and 2020 tapped into China’s rapidly growing coffee consumption for a number of reasons.

First was its sales strategy. Luckin stores are small in size and plainly decorated. Many stores only have two or three sets of tables and chairs, and there are few charging plugs. Compared with chain stores such as Starbucks, there is a lack of “third space” in the store. Instead, it relied on technology, with most Luckin stores only providing takeaway and online delivery services through its app.

By collecting customer data in this way, Luckin could tailor its aggressive marketing strategy to offer promotions and discounts to help “lock in” each customer. When customers paid via the Luckin app, it would invite them to enter a WeChat group where it could add to user profiles.

“We started as an online model, so 100% of the transactions give us data,” said Reinout Schakel, Luckin’s chief strategy officer and CFO at the time.

In the early days of its business, Luckin also offered a number of free coffees and discount coupons coupled with comparatively low prices – similar to that of convenience store coffee. Luckin was serving coffee for about $3.50 a cup, when an average cup at Starbucks was $4.80.

Although this meant running at a continual loss, it helped reel in consumers, particularly in China’s second- and third-tier cities where tea and instant coffee dominated.

This, combined with marketing that relied on young bloggers to secretly advertise on popular social networking apps Weiba and Xiaohongshu, helped Luckin’s customer base grow at breakneck speed. The number of Luckin stores, meanwhile, grew from nine in 2017 to more than 4,000 in 2020.

Shortly before the scandal was revealed, it had reportedly overtaken Starbucks to become China’s biggest coffee chain, having also set its sights on the coffee vending machine market.

How has Luckin changed?

Although the financial scandal signalled the end of Luckin’s US presence, Chinese consumers – for the most part – continued to buy its coffees. In fact, some consumers bought more Luckin drinks than usual because they were worried that Luckin would go bankrupt or that it would raise the price of coffee in response.

This was reflected by Luckin’s total revenue, which, despite being hit by investor withdrawals and ejection from Nasdaq, showed considerable improvement. Its 2021 financial report shows that the company’s net profit in the third quarter achieved positive growth for the first time, with an increase of 98.63% over the previous quarter. In the fourth quarter, net profit was at $142.76 million, an increase of 139.43% over the previous quarter.

Contributing to this success was a change of direction from the top. Guo Jinyi, who took over as Luckin’s CEO in July 2020, recently declared: “Almost everything about Luckin – apart from the name – has changed over the past two years”. The clear-out was led by David Li, whose private equity fund, Centurium Capital, was one of Luckin’s earliest financiers, and has helped usher in a number of strategic changes.

For example, originally Luckin adopted the direct store model, but from 2021, has operated both direct and franchise stores. The franchise stores are mainly located in second- and third-tier cities in China, where they can tap into local markets without having to own all the stores out right.

The quality of the coffee has also improved. According to Centurium Capital, from 2021 to 2023, Luckin plans to purchase 1,000-2,000 tons of specialty coffee beans annually from Yirgacheffe, Ethiopia. In 2022, Luckin is expected to purchase more than 6,000 tons, making it the largest Chinese buyer of Ethiopian coffee. Furthermore, in order to ensure the launch of the new series of coffee in the second half of 2022, Luckin will purchase more than 2.5 million tons of Hambella beans.

Yet one of the most important factors behind Luckin’s resurgence is its brand ambassadors. Over the last couple of years, the company has invited popular Chinese public figures to help provide a new face and capture a young audience.

Last year, young actress Tan Songyun and idol star LELUSH were signed. This year, 2022 Winter Olympics freeskiing champion, Eileen Gu, was revealed as the newest “spokesperson” when she was photographed holding skis in one hand and a branded Luckin cup in the other. Guo said that the partnership had had a “sizeable effect” for business.

Can it get back on track?

Two years after the financial fraud case was exposed, Luckin Coffee appears to have turned a corner. However, it now faces a different landscape, both in China and abroad.

The most significant change is the rise of other domestic Chinese brands, such as Manner Coffee.

Manner is considered among the most exciting coffee brands since Luckin launched in 2017 and recently completed several rounds of financing. Beginning life as a boutique cafe, it has tried – as it expands – not to compromise on quality, such as by avoiding fully automatic coffee machines and delivery services. This implies that the road is no longer unobstructed for Luckin, and that large-scale financing and cash-burning business strategies will no longer be effective.

Starbucks China, however, has been frequently exposed to negative news, and its brand image has somewhat fallen in the eyes of consumers.

In late 2021, for example, it received an administrative penalty for food hygiene issues. In February 2022, a Starbucks in Chongqing provoked public outrage by evicting police officers who ate at its door, while in March 2022, news broke that cockroaches were found in Starbucks coffee.

This could help clear the way for Luckin to expand, particularly as its largest rival focuses attention on weathering the storm of worker unionisation in the US.

As for its prospects in the US, Luckin undoubtedly remains hopeful of re-listing on Nasdaq.

Buoying these hopes is the Chinese government’s “going global” policy: in March 2022, the China Securities Regulatory Commission (CSRC) stressed that it will support a variety of qualified enterprises to list overseas and keep overseas listing channels unblocked.

Luckin delisted from Nasdaq in 2020 with a market cap of $321 million, and now has a market cap of $2.72 billion in the pink sheet market. After the financial scandal, Luckin’s profits rose through bankruptcy reorganisation and business model improvement, and the company’s value also increased.

That may reflect investor optimism about Luckin, which could provide a basis for a re-listing. But, for now, Luckin can just be pleased that the ship has started to steady.

Yahui Yang was a contributing writer for the paper, “The Luckin Coffee Scandal and Short Selling Attacks“.

What next for Luckin Coffee?