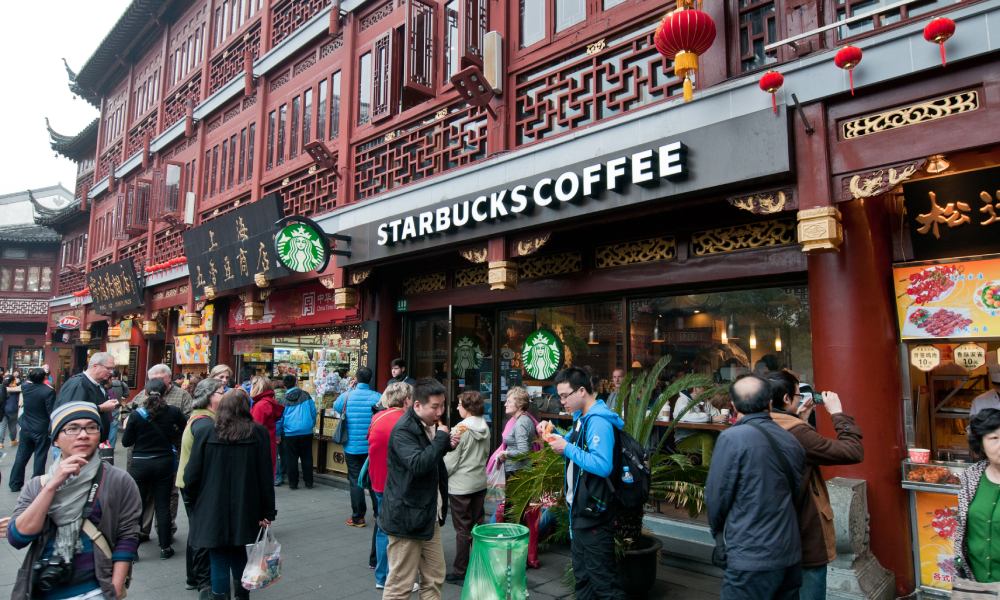 STARBUCKS WILL fulfil its promise of having 6,000 stores across China by the end of the year, according to Starbucks China’s CEO.

The announcement comes as Shanghai, the city with the largest number of Starbucks stores in the world, emerges from several weeks of strict “zero Covid” measures.

China’s biggest city has experienced various forms of lockdown since late March. It’s left tens of millions of people confined at home, disrupted businesses across every sector, and brought the majority of the city to a standstill.

During the height of Shanghai’s lockdown, around 900 Starbucks stores were temporarily closed, and more than 10,000 employees were quarantined at home.

However, in a recent interview, Starbucks China’s CEO, Leo Tsoi, said that this is “only chapter one” of the company’s journey in the Chinese coffee market.

“Despite challenges and difficulties, we continue to invest and we continue to grow,” he said. “There [are a number of investments] that we are trying to do.

“Number one, right after this reopening, we [will] resume our new store opening. We are committed to opening 6,000 stores by the end of 2022.”

Since opening its first store in Beijing in January 1999, Starbucks has rapidly expanded its market reach. Between 2011 and 2021 alone, it grew from 278 stores to more than 5,000, becoming second only to the US for the country with the most locations.

According to 2018 figures, more than 6.4 million people every week visited Starbucks stores across China. Thanks to a widening middle class and a preference among young people for coffee over tea, it has become one of the chain’s fastest-growing markets.

However, the timing of Starbucks’ most recent announcement speaks of a vastly different coffee sector to the one in which they launched over two decades ago. The rise of domestic brands such as Luckin Coffee, Manner Coffee, and Coffee Box has posed a direct challenge to Starbucks’ market dominance over the last few years.

“Before the emergence of Chinese coffee brands, Starbucks occupied a huge share of the market,” says James, who works as general manager for Yongman Coffee Farm in Yunnan. “It could get special rent agreements and received a lot of preferential treatment. Without a doubt, it was the dominant player in 2018.

Indeed, Luckin Coffee, one of the country’s largest coffee chains, has seen much of its growth develop through the use of its app alongside its various channels on WeChat, a Chinese messaging platform. In April 2020, Reuters reported that the Luckin app had become the second-most popular in the country.

Yet the importance of going digital in China’s coffee industry hasn’t gone unnoticed by Starbucks. In addition to launching its own app – through which it claims 90% of its Chinese customers are actively engaged – it also recently launched a “gifting” feature on WeChat and Alibaba, an ecommerce platform.

However, its decision to pursue the opening more stores across the country shows its intention to maintain dominance in both the physical and digital spaces.