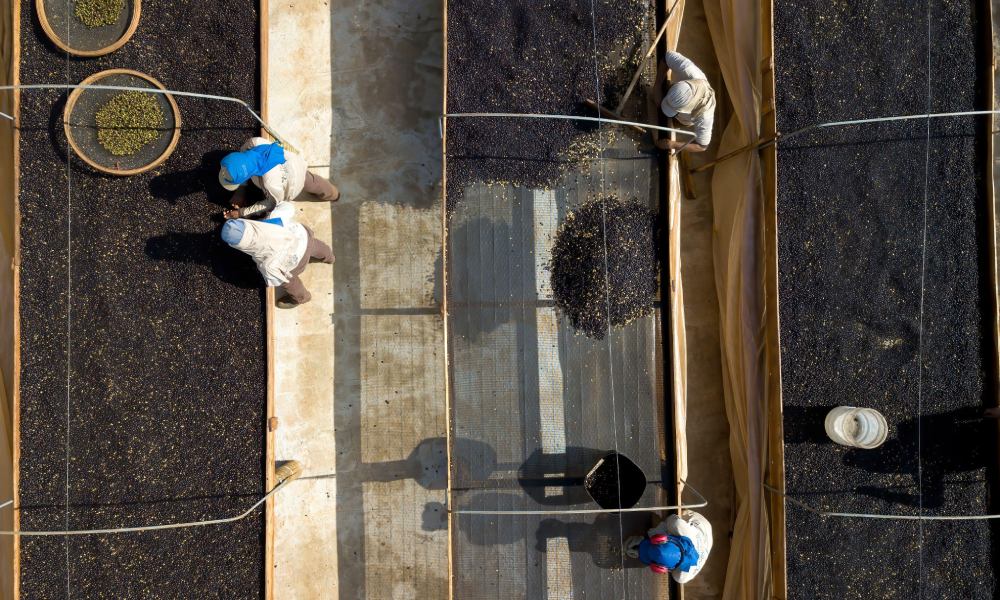 BRAZIL IS ramping up robusta production to meet rising demand for low-cost coffee alternatives, posing a direct challenge to Vietnam’s reign as the world’s top producer.

This comes at the same time that inflation has been driving up global coffee prices, leading many consumers to go in search of cheaper coffees.

Demand for instant coffee and arabica-robusta blends has climbed as businesses face no choice but to pass rising costs onto consumers. Last month, Costa Coffee faced customer backlash when it upped prices for the second time in less than a year.

Vietnam currently produces the largest volume of robusta coffee, exporting more than 23 million 60kg bags last season. However, it has struggled to keep pace with rising demand in recent years as land available for growing coffee is repurposed for more profitable crops, such as durians and macadamias.

Vicofa, Vietnam’s coffee association, said that 2022/23 robusta production could drop as much as 7% after bad weather has further curbed coffee yields.

The majority of Brazil’s coffee production, meanwhile, traditionally comprises arabica. But adverse weather conditions and rising costs of production due to conflict in Ukraine have made producing high-quality arabica increasingly difficult.

As a result, a number of the country’s producers, particularly in the northern states, have started to replace arabica with robusta plants. According to Dr Rodolfo Zanin, a researcher at Café Iguaçu, a series of global crises have made this an increasingly profitable venture.

“In the past, the price and quality of robusta was significantly lower than arabica,” he explains. “But now, both are improving.”

Indeed, at the end of June, the price of robusta was trading at $1.04/lb. While this is still considerably lower than the $2.30/lb for arabica, it represents a 22% increase on June last year.

The potential of robusta has intrigued the coffee industry for years. Cheaper to produce and more resilient to the effects of climate change, it is considered one of the most realistic long-term solutions to diminishing arabica yields.

Yet progress cultivating “specialty” or “fine” robusta has been slow, with low prices among the main stumbling blocks. Now, with inflationary pressure forcing businesses to raise demand, Rodolfo predicts better quality could follow.

“The areas for increasing coffee production are restricted,” he says. “Therefore, I believe we will see higher cup quality, rather than productivity. Evidence suggests robusta coffee has the potential to produce specialty coffees.”

Brazil’s growing reputation for robusta cultivation has grabbed the attention of some of the world’s biggest roasters. Swiss coffee giant Nestlé has reportedly replaced much of its Vietnamese robusta with conilon, the name given to robusta from Brazil.

However, robusta production isn’t without its challenges. Although it can be successfully grown at lower altitudes than arabica, Rodolfo says its plants tend to require higher amounts of water.

“One of the main challenges is its greater demand for water, which restricts the cultivation of robusta to hot regions with abundant rainfall throughout the year, such as the Rondônia and Amazonas states.”

Nevertheless, he says that studies show there is still considerable potential.

“EMBRAPA Rondônia has conducted research that allowed the development of new varieties adapted to the edaphoclimatic conditions of the region, as well as the identification of genotypes with hybrid characteristics that have stood up for good beverage quality and yield.”