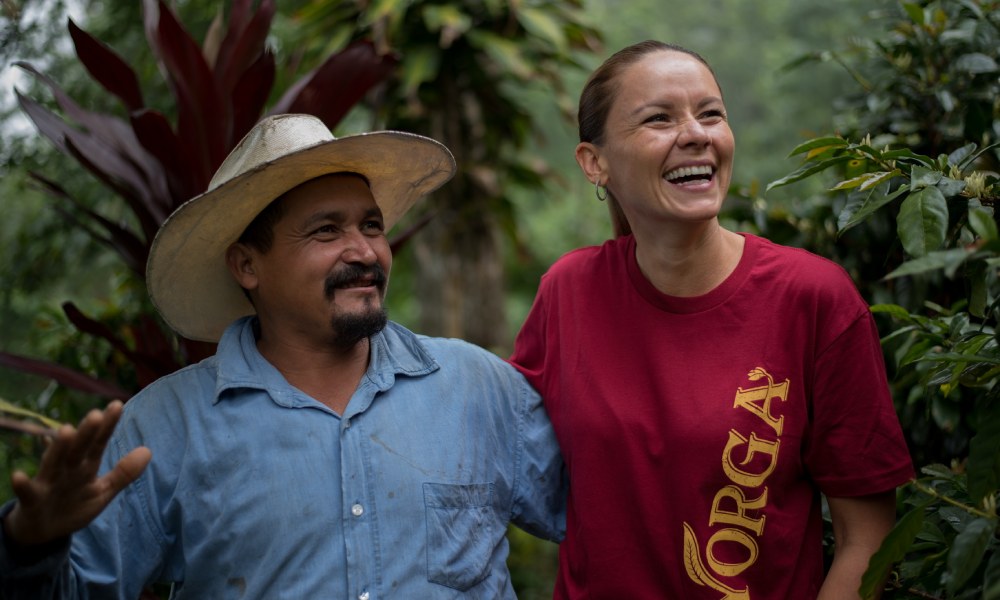 FOR CENTURIES, organic farming was the only way to produce coffee. Defined as coffee cultivated without the aid of artificial chemical substances, it relied on a deep understanding of the terrain and a firm knowledge of everything from the impact of nutrients to the value of crop rotation.

In the 1960s and 70s, however, these long-standing farming practices were gradually abandoned. Greater pressure on yields saw the introduction of new farming techniques, which included full sun, tighter rows of plants, and chemical pest and disease control. For many farms, this spelled the end of organic farming methods.

Now, under increasing consumer interest, the coffee industry is once again reverting to its old ways. Recent estimates expect the global organic coffee market to reach $12.6 billion by 2026, with the vast majority expected to come from Latin America.

For Martin Mayorga, founder and owner of Mayorga Coffee, a fully organic roaster, sourcing coffee from organic producers has been non-negotiable for over a decade – and for obvious reasons.

“Supporting organic practices in coffee is non-negotiable if one cares about our environment and our producers’ health,” he says. “The spraying that takes place with conventional coffee is laden with chemicals and poisons.

“High-quality coffee is grown at elevation on the tops of mountains, which means that rainfall at those farms runs off into valleys and rivers where communities gather drinking water and live. In the case of smaller, indigenous producers, they live on the land where their coffee grows. Their children play there and they grow their food there.”

As well as protecting the land and improving the health of the soil, organic farming can help foster greater biodiversity thanks to its reliance on a flush canopy of trees. Studies show that improving biodiversity performance on coffee farms can lead to better and more sustainable  climate change resilient coffee production.

Yet despite its obvious benefits for the land and soaring demand among consumers, organic coffee farming still has its detractors – and among them are those who could benefit the most.

Facing up to the critics

Organic coffee production is governed by strict inspection and certification schemes, which look at all stages of farming, processing, and transportation. It ensures that all coffee farms that want to sell organic produce adhere to a certain set of standards.

The main requirement is that no synthetic fertilisers, herbicides, or pesticides are used on the land. However, there must also be no spill over of chemicals from adjacent, non-organic crops and a sustainable crop rotation plan should be in place to prevent depletion of soil nutrients and to naturally control pests.

Critics of organic coffee farming often highlight the stringent criteria as a barrier to smallholder producers who want to make the switch. They claim that farmers must incur higher work and costs in an industry where they are already on very tight profit margins. They also point to the typical three-year transition period, during which time production costs may be higher, but the farmer is unable to charge the organic premium.

Yet Martin argues that honing in on the certification process and using it as an excuse fails to take into account the bigger picture. “The main challenge in Latin America is that traders and roasters have convinced producers that the economic return on investment is limited or nonexistent for organic coffee – which is untrue.

“The impact of not investing in organic will end up being more costly as it will have long-term negative effects on the soil’s health and the well-being of farming communities. It could hurt the supply of quality, shade-grown coffee for years to come.

“When done legitimately, certification forces traceability and accountability, which the coffee industry overall claims to support.”

How to support organic coffee farming

As a roaster, helping coffee farmers transition from conventional to organic farming methods may seem like an impossible task – particularly when there are often thousands of miles between the two.

Yet there are a number of different ways that those in consuming countries can make a difference. One of the most important is to develop long-term partnerships so that farmers can be sure their investment in organic farming will pay off.

“Mayorga has been supporting organic since 1999 and has been exclusively organic for over 10 years,” Martin says. “We’ve worked directly with smallholder producers to grow their organic capacities for a long time and the key is to provide them a consistent market opportunity at fair prices.”

Furthermore, roasters can also provide additional support during the transition period, such as by offering advice, restructuring debt, or making a financial contribution towards certification.

Demand for organic coffee is likely to increase as long as there are enough producers to provide a full spectrum of varieties and tastes. It aligns with other thinking in the coffee sector around sustainability and responsible trade, as both companies and consumers welcome opportunities to make value-based decisions around their purchasing.

While Martin doesn’t plan on purchasing organic coffee farms himself, he sees Mayorga Coffee’s value path aligned with supporting, developing, and empowering producing communities to make the switch to organic.

And he believes that once you realise the damage that conventional farming can do, there’s little reason to continue propping it up.

“There is no excuse for supporting conventional practices once one is personally aware of the impacts and has a connection with coffee-producing communities,” he says. “It’s a simple concept – but it takes commitment, humility, and passion.”