Specialty coffee varieties: Why older farmers have reason to be sceptical 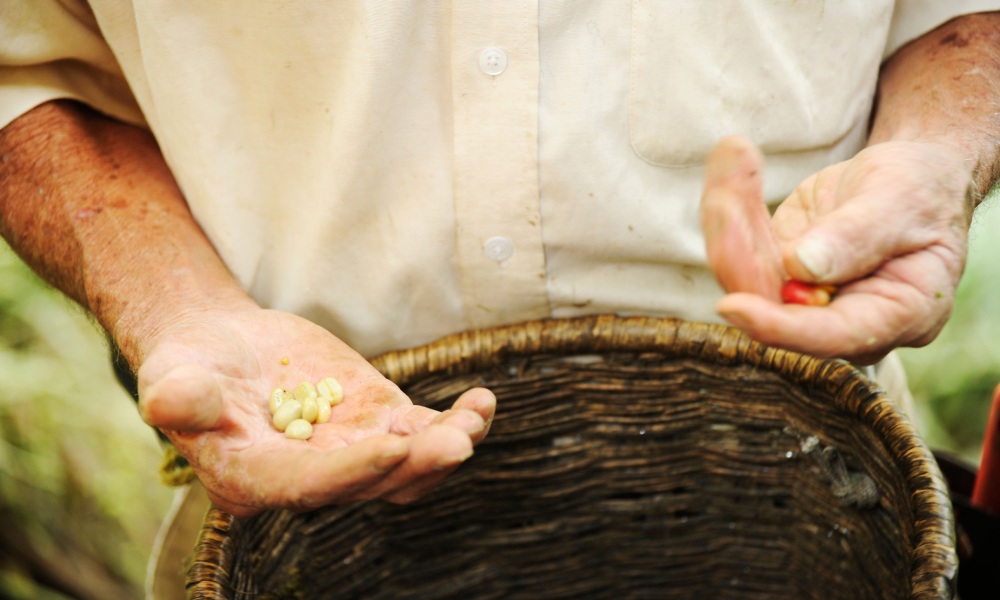 AT THE Colombia Cup of Excellence awards last year, a washed Geisha was auctioned at a record price.

Fetching $135.10 per pound, it sold for nearly double the previous record and over 4,000% above Colombia’s median FOB price, according to the 2021 Speciality Coffee Guide.

“We are excited and pleasantly surprised,” Pablo Andrés Guerrero Pérez, the producer whose coffee broke the record, said at the time. “We worked to refine the process of our coffee for the contest – but we never expected to reach such a high price.”

Like many in Colombia, Pablo wasn’t the first in his family to grow coffee; his father was. However, for years, rather than breaking records at auctions, they would sell each year’s harvest to the local cooperative for a set price.

It wasn’t until 2010 that Pablo, having recognised the potential of the specialty coffee market, decided to steer El Obraje’s production towards more exotic varieties, including the Cup-of-Excellence-winning Geisha.

El Obraje is by no means a unique case. Across Colombia, the next generation of coffee producers have uprooted coffee plants whose yield is destined for the commodity market and replaced them with those they believe will give them higher profits.

This is a trend that should come as little surprise. Before the pandemic, the global trading price of commodity arabica – known as the C price – was well below $2 per pound. The price for high-end green specialty coffees, meanwhile, nearly topped $4 per pound.

“When you talk with the young generation who are starting to work with their uncles, fathers, and grandfathers, you see that they are the ones putting on the pressure to make specialty coffee,” says María Grajales, the co-founder of Amarillo Exports and coffee brand Col Spirit. “The younger generation understands the importance of how much your coffee can earn and how well it can be perceived.”

However, not all are on the same page, particularly among the older generations.

While 43% of US coffee consumers report drinking specialty coffee, it still remains a relatively small market compared to commodity coffees.

Instant coffee, on the other hand, which is made predominantly from commodity coffees, comprises 25% of all retail brewed coffee consumed worldwide. In China, one of the world’s fastest growing coffee markets, instant coffee consumption is considerably higher, with around 70% of market share.

With the C price climbing recently to a seven-year high, María says that some older farmers, who have built their entire livelihoods on lower-scoring varieties, have less of an incentive to switch to specialty coffees.

“Older generation farmers who have not yet been influenced by the young generations, especially now since the market price is pretty high, are even less inclined to change the way they’re doing things because they can go to any compra or cooperative and they can sell their coffee for good money.”

José Rivera, who works as director of sourcing at Origin Coffee Lab, a coffee exporter based in northern Peru, agrees that farmers are right to be sceptical about the lure of exotic coffee varieties, such as Geisha, Tabi, and SL28.

In particular, he believes there is a misconception that producing specialty coffee is always profitable. “It’s not because the Geisha price is not good. But, for example, we have a lot of producers who have been growing it for years, yet they are in the same poverty cycle as before.”

This largely comes down to the higher associated costs of production involved in cultivating and processing specialty coffees.

However, José also believes that older generation farmers are more sceptical due to years of trial and error while working with various organisations and cooperatives to find the most suitable coffee for their land. They rely on certain varieties because they know how they behave and they have the resources to ensure they generate a healthy yield.

“A smallholder producer with a two-hectare farm produces about 15-16 bags, while another has managed to produce double the amount on only a quarter of a hectare,” José explains. “The difference is in how they are executing operations on their farms.”

The volatile nature of the C market has encouraged many young coffee producers to turn to more exotic varieties and experimental processing techniques than their predecessors would ever have dared.

Rising global demand for coffees with a novel quality, be it a different species or a new approach to processing, has only added to the lure of the specialty market, while increasingly exorbitant prices at auctions has created something of a “gold rush”.

Coming from a coffee-growing family that has witnessed low prices, María says she has come to understand the importance of improving growing practices at all stages, from picking to processing.

Yet while her own experience in growing specialty coffee has been lucrative, she recognises that it was only possible because of the tools and knowledge she gained from refining farm practices for more traditional varieties, such as Castillo.

Instead of uprooting every coffee plant and replacing it with Geisha, a more sustainable approach is to maintain a “base” of coffees that work, while gradually experimenting with small lots of new varieties.

That way, if global trends shift or a certain variety doesn’t work out, producers won’t have the rug pulled from under them – but, like Pablo and his father, they will still be in with the chance of achieving record-breaking prices at the Cup of Excellence.

Specialty coffee varieties: Why older farmers have reason to be sceptical