Martin Mayorga: “Human connection is the missing link in coffee” 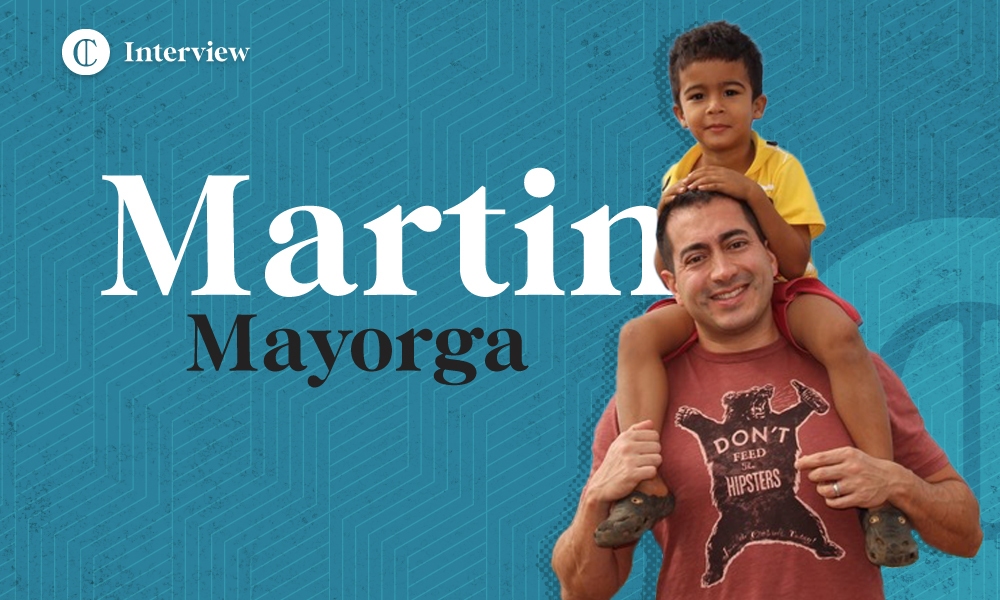 FOR AS long as Martin Mayorga can remember, he has admired farmers. Having grown up around them in Nicaragua, he says their ability to transform an agricultural good into a consumable product had a profound and lasting impression on him from as young as four.

It’s a reverence he has carried with him throughout his career. First, during his time exporting cigars in the mid-1990s and, today, through his immensely successful coffee business, Mayorga Coffee.

Importantly, it’s allowed him to see through the fog of buzzwords and empty claims that hang heavy over the coffee industry, and focus on what matters to him most: the human side.

“The ability to have human connection is the missing link in coffee,” he says. “Engagement is super important. One of the things I despise about the industry is that people throw out buzzwords and make it seem like they’re saving the world.

‘Fertiliser is poisoning their homes’

This approach has seen Mayorga tackle some of the coffee industry’s most deeply entrenched problems, from exploitative loans to single-crop dependence.

In particular, one of the areas in which the company has spearheaded change is organic coffee farming.

Since launching Mayorga Coffee in 1997, Martin and his team have helped thousands of producers across Latin America switch to organic farming methods, doing away with the need for fertilisers that not only destroy the soil, but run into rivers and contaminate local water systems.

While moving towards more organic farming makes logical sense, Martin’s background means that, for him, it also feels more like a moral duty.

“I remember I had a moment when I was at a family farm and we talked and hung out, and then they had to go and spray fertilisers,” he says.

“These people were putting on space suits to spray the land that they live on and I was thinking, ‘If it’s so toxic for them right here now, what happens when it’s in the soil? What happens when it rains and runs down into the rivers where the community bathes and gets their drinking water?’ There is an environmental responsibility to switch to organic – not just for the farmers, but for their communities.”

The amount of organically grown coffee has increased significantly in recent years. Between 2014 and 2018, the volume of organically certified green coffee saw a year-on-year growth of 30%, amounting to 114,000 tonnes.

But Martin explains that he still hears more arguments against organic than he does in favour of it. Part of the reason for this is the coffee sector’s obsession with what he refers to as the “cool factor”.

“A lot of people make an argument for a specialty process that uses more water, that takes more time, and costs more money than organic because it’s a ‘cool factor’,” he says. “Our industry is built on crediting these types of people.

“I think, honestly, if you’re in coffee or any other agricultural industry where your producers live on their farm and you’re not pushing organic, you have no voice to tell me that you care about your producers – because you’re poisoning their homes.”

Martin was born in Guatemala City before he and his family moved to Nicaragua. The Sadinista revolution in 1979 forced them to relocate to Costa Rica and Peru, before they finally arrived in the United States.

Today, Mayorga Coffee operates from a 24,000 sq ft manufacturing facility in the US state of Maryland. But Martin has always stayed close to his Latin American roots, employing the majority of his staff from there and working with producers across 11 Latin American countries, from Colombia to El Salvador. He recently moved to Costa Rica to be closer to coffee-producing countries.

Although this has undoubtedly given him an advantage when it comes to addressing the concerns of producers, he says that if roasters were to take more of an interest, they could also use their business as a force for good.

“I think the specialty coffee sector is often extraordinarily lacking in humility and curiosity,” he says. “Roasters go to origin thinking they are there to teach producers something, rather than the other way around.

“I think if they zipped their mouths a little and listened, they might actually learn something about their own industry that would shock them. They would learn a lot of harsh realities.”

This comes back to Martin’s central philosophy of taking an interest in the human side of coffee. Exploitation, economic inequality, single-crop dependence – tackling these issues isn’t complicated. But it does require engagement with the people being affected. This means sitting down with producers face to face and having honest conversations to truly understand their needs.

In fact, Martin sums it up nicely just before we end our call. “You cannot come up with solutions,” he says, “if you don’t know the real problems.”

Martin Mayorga: “Human connection is the missing link in coffee”