Is there a place for tinto in Colombia’s burgeoning specialty coffee market? 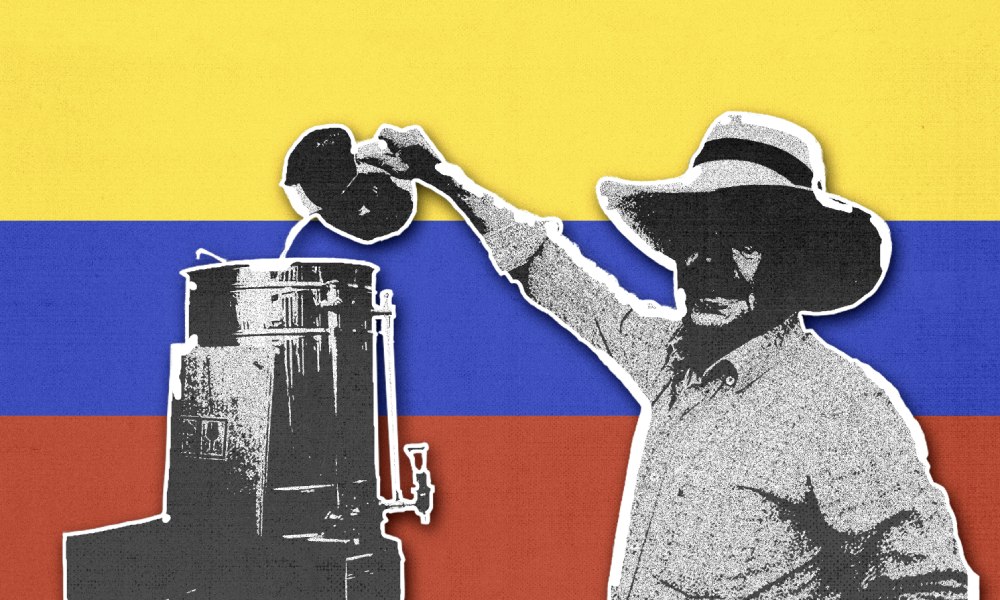 FEW DRINKS are as firmly ingrained in the national identity as tinto is in Colombia.

Thought to have originated on the coffee farms of Antioquia, tinto is a “democratic” drink: a sweet blend of black filtered coffee with panela (raw sugar cane) found everywhere from coffee shops and office blocks to back streets and beaches.

It is typically prepared using vast batch brewers, called grecas, which not only keep the coffee hot but ensure as many people as possible can enjoy a serving. And Colombians have enjoyed cups of tinto for decades, establishing it as an important stitch in the nation’s fabric.

However, as the specialty coffee wave increasingly sweeps into the country, many believe tinto could be under threat.

A preference, particularly among younger generations, for higher quality coffee and alternative preparation methods has seen tinto begin to lose its status as the nation’s favourite coffee-based drink.

Following his win in Milan, he gave an interview in which he said, “With this great triumph we can show the world the great potential of Colombia as a country that produces and consumes high-quality coffees”.

For many, Campos’ victory represented a shift in Colombia’s domestic coffee scene that has been taking place over the last few years.

Before, the country’s best lots were predominantly exported, leaving the lower quality beans for domestic consumption; now, as interest in specialty grows, they are increasingly consumed at home by people who know how to bring out its full potential in the cup.

Further adding to the pressure is the influence of Western tourists who, having consumed high-quality Colombian coffee at home, come in search of the same experience in the coffee’s origin country.

So the question is where this leaves tinto, a drink typically made with instant coffee or inferior beans and sweetened with sugar.

Adapting to a new landscape

In addition to a deep-rooted history, tinto serves an important societal role. It’s not uncommon, for example, upon entering someone’s home to be greeted with the question: “¿Desea un tintico?” (Would you like a little tinto?).

Sara Zuluaga is a coffee farmer and representative of the specialty coffee brand Cielo Tostado. She says that in a cup of tinto there is “more than coffee, water, and panela, but a combination of shared moments with friends, family, and coworkers”.

Indeed, tinto has, in many ways, played a key role in forging Colombia’s cultural identity. And, thus far, its familiarity and backstory as a drink which was founded on the country’s coffee farms, has allowed it to coexist with Colombia’s developing specialty coffee scene.

When Starbucks opened its first store in Bogota, for example, it’s said that vast quantities of tinto were served to the long line of people queuing to get in.

However, as Colombians’ desire for higher quality coffee grows in force, it’s clear that tinto must adapt to a changing landscape – or risk losing its place among the country’s future generations of consumers.

Sourcing higher quality coffee, regularly changing the water container, and altering the greca to maximise flavour extraction are just a few ways tinto can cater to a more attuned palate.

“Tinto is not going to disappear anytime soon,” Sara says. “It’s a product that will be in our coffee shops for years to come. But it’s very important that while we always remember its roots, we allow it to evolve.”

Is there a place for tinto in Colombia’s burgeoning specialty coffee market?