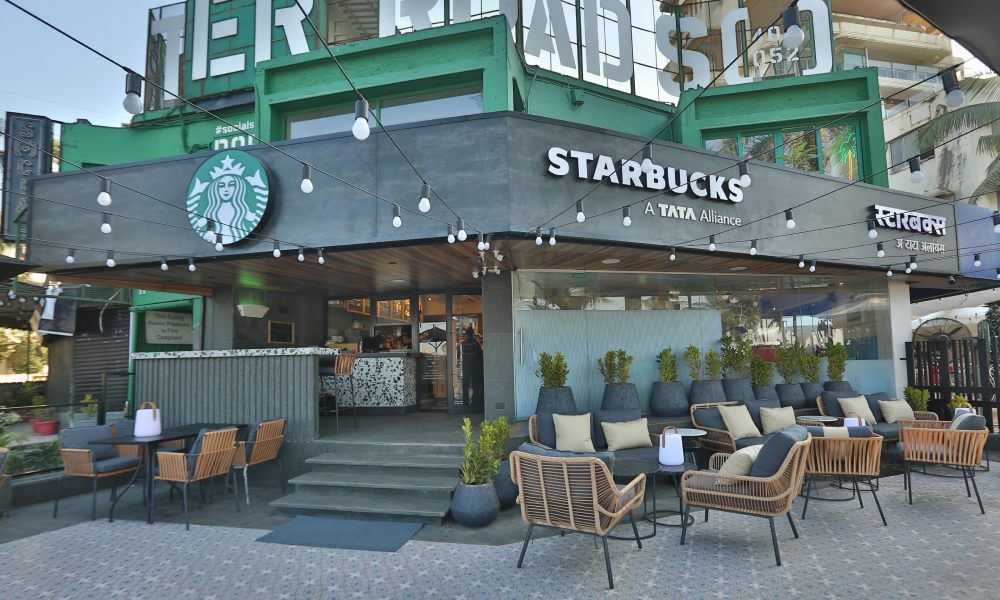 INTERNATIONAL COFFEE chains as Starbucks and Costa Coffee don’t like being the underdogs.

If they set up shop in a new city or country, it’s with the firm intention of being the most popular coffee spot within a few miles. And when Starbucks Corporation partnered with the Tata Group in 2012 to launch the first Starbucks outlet in Mumbai, India, this was certainly the case.

Competition at the time was limited to a handful of international brands, such as Costa Coffee, Lavazza and Gloria Jean’s, which allowed the US coffee chain to enjoy a steady stream of customers virtually challenged.

Over the next few years it ​​recorded rapid store expansion, adding more than 250 locations across 26 cities. At the time, group president John Culver stated that India would be “among the top five markets that Starbucks operates around the world”.

However, as Starbucks celebrates its tenth year in India, the landscape has undergone a definitive shift. The impressive growth of domestic roasters and coffee shops has posed a direct challenge to not only Starbucks, but international coffee chains in general.

Popular Indian brands, such as Third Wave Coffee and Hatti Kaapi, have set out clear intentions to obtain a greater share of the market, with the latter recently securing a $1.4m investment to expand its 115 store portfolio across the country.

Despite producing more than 3% of the world’s coffee, the majority of Indian consumers have traditionally preferred tea to coffee. Indeed, until recently, it was only in India’s south that a premium coffee culture really existed.

Yet over the last few years, drinking coffee has become an increasingly important ritual in the daily lives of Indians, particularly among the younger generations.

This has triggered the growth of domestic brands, with young entrepreneurs tapping into the burgeoning scene by offering previously unknown services, such as home delivery.

The big players have also taken note and want a share of the market, with domestic brands such as Third Wave Coffee Roasters, Blue Tokai, Hatti Kaapi, and Sleepy Owl having found established investors to back their multi-city expansion.

According to the Coffee Board of India, the domestic coffee sector is forecast to grow at 5-8% over the next five years. In Delhi, for example, in areas where Starbucks was the only coffee shop until recently, some of the new Indian chains mentioned earlier now have outlets within a few metres.

Even companies who previously had no links to coffee have started vying for a slice of the market. For example, Indian quick-service-restaurant (QSR) giant ‘Haldiram Bhujiawala’, recently bought the India Franchise for Coffee Bean and Tea Leaf, and plans to expand the number of outlets across India.

“The coffee shop is no longer just a third place for the Indian consumer,” says Ayush Bathwal, co-founder of Third Wave Coffee Roasters, “but a space that is increasingly becoming the first choice to meet-up in, work from, and safely relax in.”

India’s fast-growing coffee industry has not gone unnoticed among the world’s top international coffee brands, many of whom have responded accordingly.

Last week, Canadian QSR chain Tim Hortons announced plans to open between 250 and 300 stores across India over the next five years. Similarly, Costa Coffee announced an extension to its Indian franchise partnership with Devyani International Limited in November last year.

Tata Starbucks’ CEO, Sushant Dash, has been keeping a close eye on developments. Yet rather than feel intimidated by the growth of domestic brands, he sees it as the sign of a healthy, flourishing market.

“India is one of the fastest growing markets for Starbucks globally,” he says. “We have seen phenomenal growth in India over the years and that is mainly because we don’t necessarily follow trends, but try to stay ahead of the curve.”

Indeed, across India, Tata Starbucks continues to receive around 300,000 visitors every week. Sushant suggests that this is testament to the impact they have had since launching in 2012.

“We have consistently been providing customers in India with a variety of roast profiles, handcrafted beverages, and a global coffee culture experience,” he says. “At present, we’re focused on creating new food experiences, and building a better digital and delivery infrastructure.”

Even as India’s domestic roasters and coffee shops look to tighten their grip on the market, it increasingly appears as though international brands can coexist. Instead, Sushant suggests that what’s more interesting than the brands themselves is the changing attitudes of India’s coffee consumers.

“The consumer is always evolving,” he says. “This is why our baristas are a critical part of what the brand stands for. They go through an elaborate training process to understand coffee and connect with the consumer in a way that goes beyond operating the machine and pulling out coffee shots.”