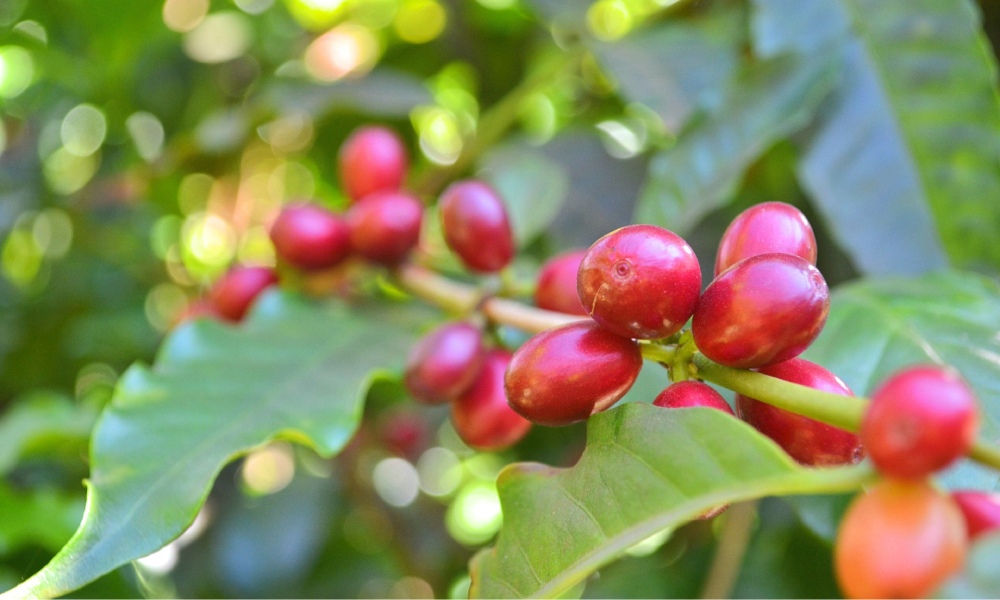 IF ONE thing has become clear over the last few years it’s that any solutions to the impending climate crisis will be complex and drawn out. No silver bullet or “quick fix” exists, whether it’s capturing carbon or switching to sustainable energy sources.

Of all the sectors in need most of a solution is coffee production. Farmers around the world, from Ethiopia to Colombia, are already rapidly losing land available to grow high-quality arabica, forcing them ever further up the mountains in search of cooler climes. It’s predicted that suitable areas for growing arabica could halve by 2050.

However, as the impact of climate change on coffee production becomes increasingly evident, researchers have started to hone in on some potential solutions. One of the most exciting among them is hybrids – the offspring created by breeding together two different varieties of coffee.

Hybrids are typically made by crossing a delicate, high-scoring arabica with a more robust, resilient coffee. The hope is that the resulting variety will inherit the latter’s resilience without compromising the former’s taste.

While this has been practised for decades to combat certain coffee plant diseases, its use as a solution to climate change is something researchers have become increasingly excited about. And as the number of studies grow, it has also led to some interesting developments in quality and taste.

Combating the effects of climate change

Coffee farmers stand to lose a lot from the effects of climate change. Studies show that rising temperatures and unpredictable rainfall will increase pest numbers, while reducing both yield and cup quality for many coffee-growing regions.

Hybrids are a way of enabling farmers to continue production by using plants better suited to the new climatic conditions.

Coffee research institutions began working seriously on coffee hybrids in the 1990s. The projects were aimed at developing varieties that could resist environmental stress and better adapt to changing microclimate conditions.

Researchers also aimed to increase productivity and harvest yield. For example, many  explored ways of reducing tree size and increasing adaptability to both agroforestry and full sun conditions.

Hybrids can also be developed with an in-built resistance to common diseases, such as coffee leaf rust (CLR).

CGLE started experimenting with hybrids about a decade ago when one of the founders brought back some prize-winning Panamanian Geisha seeds and set about trying to cultivate the variety at their Cerro Azul farm.

Cultivating coffee in new climatic conditions can be challenging; and Geisha, which is originally from Ethiopia, is known for being a delicate and expensive plant to grow. As such, CGLE was keen to develop a hybrid that would survive in lower altitudes and offer higher production.

Hadad describes the hybrid development process as always looking for a solution to emerging production challenges, while also “searching for the perfect cup”.

Initially, the team at CGLE crossed Geisha with Yellow Bourbon to see if the complex taste notes of the Geisha would be enhanced by the sweetness of the Bourbon. It then crossed the Geisha with Laurina, which has less caffeine, to develop a full-flavoured, low-caffeine variety.

However, it was in 2017 that they had their major breakthrough, crossing Geisha with the more robust Caturra to “improve production, tree size and resistance, and deliver one of the best cups.”

The resulting CGLE 17 hybrid performed well at auction last year, where it was one of the highest-scoring lots, selling at $75 per pound.

Over the years, Colombia’s national research institute, Cenicafé, has developed a number of hybrids. Working predominantly with Caturra, Castillo, and Timor, they allow growers to purchase the seeds through the National Coffee Federation (FNC).

Hadad stresses that hybrid development at farm level can be a lengthier process, taking at least a decade to arrive at the first harvest. However, he firmly believes hybrids are “the way forward for production and taste”.

One of the key steps in the CGLE hybrid development method is farm renovation, during which old trees are removed and replaced with new ones. This is beneficial as it provides an opportunity to continuously select the best trees and achieve the highest quality coffee.

“We want to rescue the essence of the flavour,” Hadad says, “so that the cup represents the tree.”

Although it may be tempting to keep the most successful hybrids a secret and reap the rewards, sharing the seeds among other farmers has far more impact on creating a sustainable future for coffee production.

For example, sharing disease-resistant varieties that require lower use of fertilisers has benefits for the whole community, such as healthier soil and cleaner water systems.

Indeed, if hybrid coffee varieties are to be the long-term solution to the climate crisis, then sharing them is fundamental to protecting the future of coffee for all.