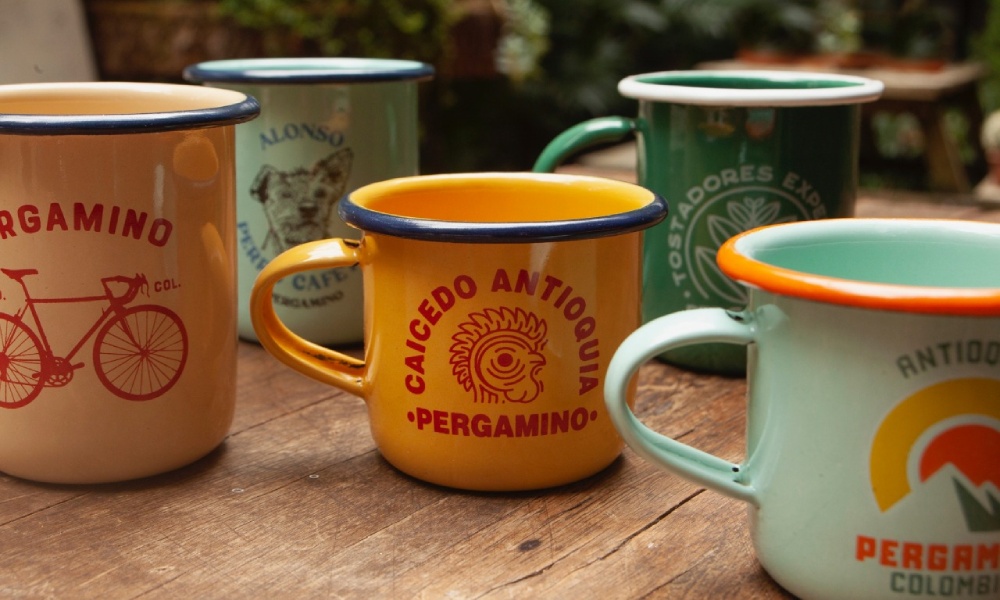 NESTLED IN the upmarket El Poblado district of Medellín is a coffee shop that stands out. Surrounded by green plants and a canopy of shade, it looks nothing like the tiendas which populate the street corners of Colombia’s second city.

Pergamino was launched in 2013 to cater not only to tourists looking for high-quality coffee, but also Colombians interested in trying the best of their country’s produce. In addition to selling a wide selection of filter and espresso coffees in store, it has a robust ecommerce website through which it offers direct-to-consumer subscriptions.

But while Pergamino stands out, it’s by no means the first specialty coffee shop to appear in Medellín, nor Colombia for that matter. In recent years, there has been a noticeable shift towards businesses serving high-quality coffees that showcase the full potential of Colombian beans – a stark contrast to historical domestic coffee consumption.

“We got used to drinking pasilla,” says David Arias Martínez, a roaster, barista, and fifth-generation farmer from the coffee-growing region of Ibagué, Tolima.

Pasilla is the name given to the defective commodity coffee that doesn’t make the cut for exports. Under a programme by Colombia’s national growers’ federation, the FNC, it is bought at a base rate to provide additional income to farmers, before being dark roasted to mask its unpleasant characteristics and sold across the country for domestic use.

“Coffee was a cheap product often gifted in restaurants and bakeries,” David adds, “and drunk by adding panela (sugar cane), sugar, or milk to hide the defects of its low quality.”

Meanwhile, most smallholder producers would sell their parchment and buy pasilla or soluble instant coffee to drink without having ever tried the one they produced. All the high-quality coffee would be exported, where it could be sold at a higher price in countries such as the US, Canada, and Germany.

Until the early 2000s, the Pasilla y Ripio law encouraged Colombian companies to use defective beans at home, while prohibiting buying, roasting, and marketing of high-quality beans grown in the country.

“In this scenario, many big companies instead started to commercialise pasilla for households,” David says. “As a result, about 20 to 30 years ago, there were no specialty shops selling coffee.”

In 1992, Luis Fernando Vélez started to serve high-quality coffee from his small flower shop in Bogotá, Colombia’s capital. Revolutionary for its time, Amor Perfecto attracted a number of inquisitive visitors, many of whom had never tried coffee without the addition of milk or sweeteners.

In defiance of the Pasilla y Ripio law, Luis bought high-quality Colombian coffee from exporters who had exceeded their export limits, rather than settling for defective beans.

This finally set the ball rolling for a specialty coffee shop culture to emerge.

Ironically, crises have also helped. For example, during the global coffee price collapses of 2015 and 2019, coffee farmers resorted to roasting their own beans and selling them domestically –  rather than selling their beans for export.

This helped the circulation of higher quality coffee at home. “When we had the price crises, we, and other producers, decided to roast our own beans to sell at a higher price,” David explains.

The growth of specialty coffee shops and roasters in Colombia has made it increasingly viable for producers to sell their coffee into the internal market at higher prices.

Importantly, it has helped close the price gap with traditional consuming countries in the West, making it less of a financial contradiction and more of a sustainable business decision.

A big part of this has involved encouraging Colombians that it is worth spending an extra few pesos on a good cup of coffee. This is where the efforts of Toma Café have been focused.

The Toma Café programme is an FNC initiative that combines public and private funds to encourage the consumption of Colombian coffee at home. Not long after its introduction, domestic consumption started to grow, with 96% of households reportedly drinking coffee.

Between 2009 and 2015, the domestic market share for “premium” coffees grew from less than 1.5% to more than 5%, which David says was also driven by competitions and baristas.

“More baristas have started to get professional certifications from the SCA,” he says. “Also, coffee competitions started to take place. Around ten years ago, in Bogotá and Medellin, specialty coffee shops opened selling specialty coffees that had won the Cup of Excellence and other prizes.”

However, arguably the best example of where Colombia’s specialty coffee shop sector now finds itself came last year at the World Barista Championships. Using a eugenioides coffee from a farm in Tolima, Colombian barista Diego Campos was crowned champion – the first time a South American had ever won the coveted award.

“I showed that Colombia produces and serves the best coffee in the world,” he said upon receiving the trophy. “Now we want to dedicate ourselves to generate more specialty coffee culture in Colombia.”