Freda Yuan: “I want to break preconceptions about coffee” 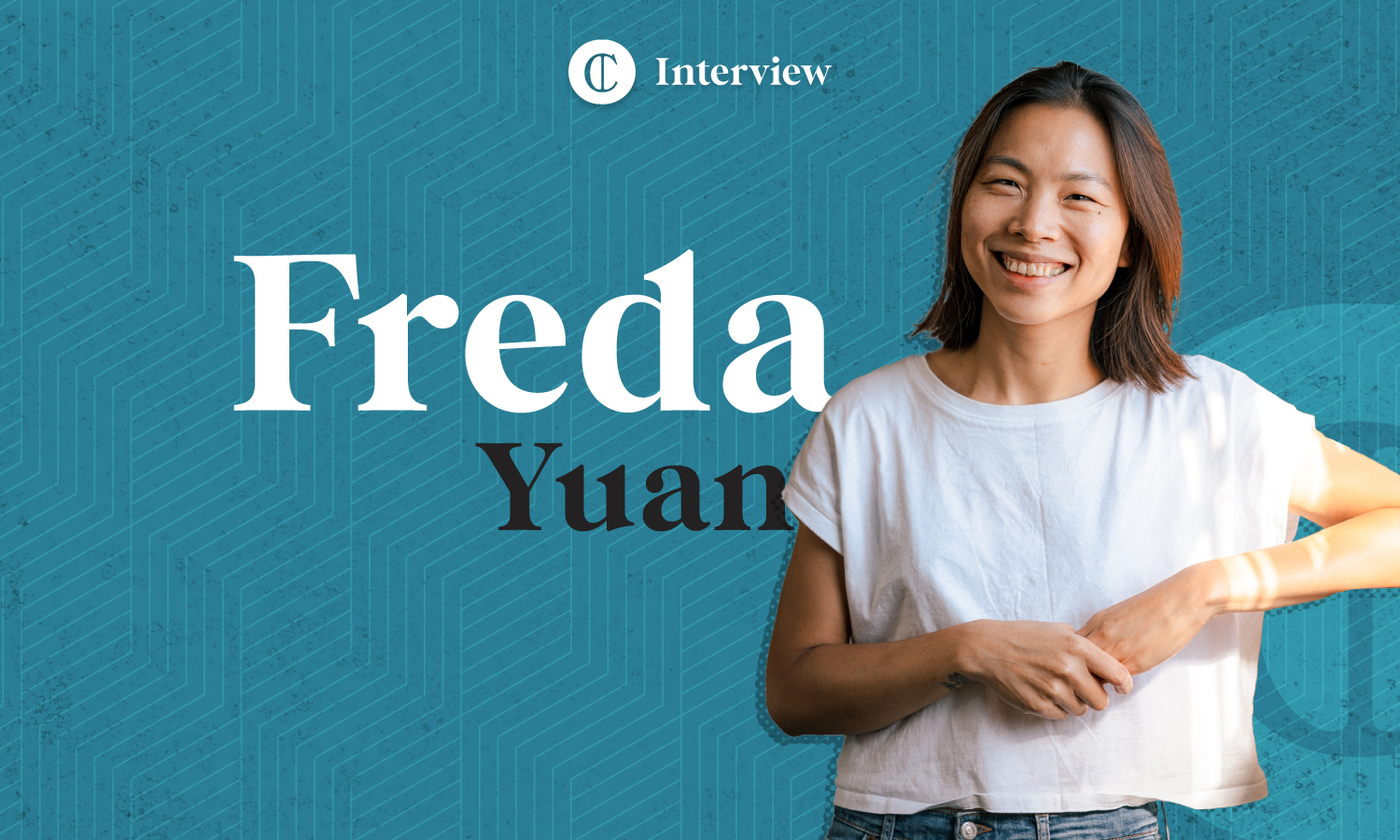 MEDITATION CAN take a number of forms. It can be as simple as lying in the bath, balancing on one foot, or staring out the window of a train.

For Freda Yuan, three-time Cup Tasters Champion and director of coffee at Origin Coffee Roasters, tasting is one of the greatest forms of meditation.

Not only does it incorporate all the senses – known as cross modal correspondence – but it encourages the taster to become mindful of what they are tasting and how it is making them feel.

Even in today’s quick, on-the-go culture, Freda believes that drinking coffee can be a mindful experience. “If you’re buying takeaway coffee, it doesn’t mean you can’t be aware of what’s happening in the cup,” she says.

“In fact, when you’re holding the cup, it’s very hot, so you have your touch sensory awareness on. Then you’re sipping it and you taste the coffee with your tongue. Maybe you’re walking along the street and you see things or it starts raining and you feel the drops of water on your face. Those sensory experiences will all translate into sensory data, which help us become more in the present and in the moment.”

While mindfulness and mediation are often more inward experiences, focusing on the sensory aspects of coffee also relies on the ability to effectively communicate it.

This has been a perpetual thorn in the side of the coffee industry and the Specialty Coffee Association in particular, which has spent years trying to figure out a way of standardising the process.

However, although its coveted “Coffee Taster’s Flavour Wheel” has gone some way to achieving this, Freda says the difficulty lies in understanding one another’s personal experiences.

“Sometimes our lexicon is completely different,” she explains. “For example, a banana in the UK is different from the one in Colombia. We all know that word, but it doesn’t mean our understanding and the context behind that fruit is the same.

“It can be very personal and subjective. But if you want to move in a professional direction, understanding the benchmark and the flavour wheel is very important as well.”

Freda was born in Taiwan, but it was while she was living in Australia that she first took an interest in coffee.

Inspired by the country’s famous brunch culture with its blend of friendliness and professionalism, she decided she wanted to open her own Australia-style coffee shop back in Taiwan.

But then, after going to London on a working holiday visa, she landed a job as a barista at Taylor Street Baristas and started competing in cup tasters competitions. Three UK championship wins in 2017, 2018, and 2020 established her position as one of the country’s leading Q graders.

During this time, she also wrote a guide to coffee tasting, called Sip ‘n’ Slurp, a book she says helped her through her lonely moments between competitions. Being plugged into an international city like London was a comfort, too.

“Where I come from, there is a very traditional culture and it was difficult for me to be myself,” Freda says. “I like London because it is a very open city; people can express themselves. It’s also an international hub where you can meet coffee professionals from all over the world.”

After finishing in third place at the World Cup Tasters Championship, she was hired by Origin Coffee Roasters in Cornwall, UK. Part of her job there involves sourcing green coffee – and she has used it as an opportunity to help change people’s perceptions.

“I believe that buying coffee can be very expressive and it can be an educational driver to not just professionals, but normal consumers,” Freda explains.

“I want to break preconceptions about how a coffee should be in the way that I source and buy it. For example, some people think Indonesian coffees might be dirty or not great as specialty.

“But, I bought Indonesian coffees with three different processes which had 86 or 87 cup scores. They were very clean, beautiful specialty coffees.

“The same with Panamanian coffee. A lot of people might think that Panama only produces Gesha coffee, but it is not true. As well as high-end competition Gesha, Panama also grows varieties such as Caturra and Pacamara, where the price point is more accessible.”

Challenging preconceived ideas is at the heart of what sets Freda apart in the world of specialty coffee. For her, it’s about expanding the range of possibilities, whether that means relating the taste of a coffee to the weather or realising that Indonesian coffee can be delicious.

Above all, it’s about something she brings up several times during our conversation, when talking about everything from tasting and sourcing to direct relationships with farmers: understanding each other’s position.

Freda Yuan is running a tasting workshop at this year’s Producer & Roaster Forum in Medellín, Colombia.

Freda Yuan: “I want to break preconceptions about coffee”