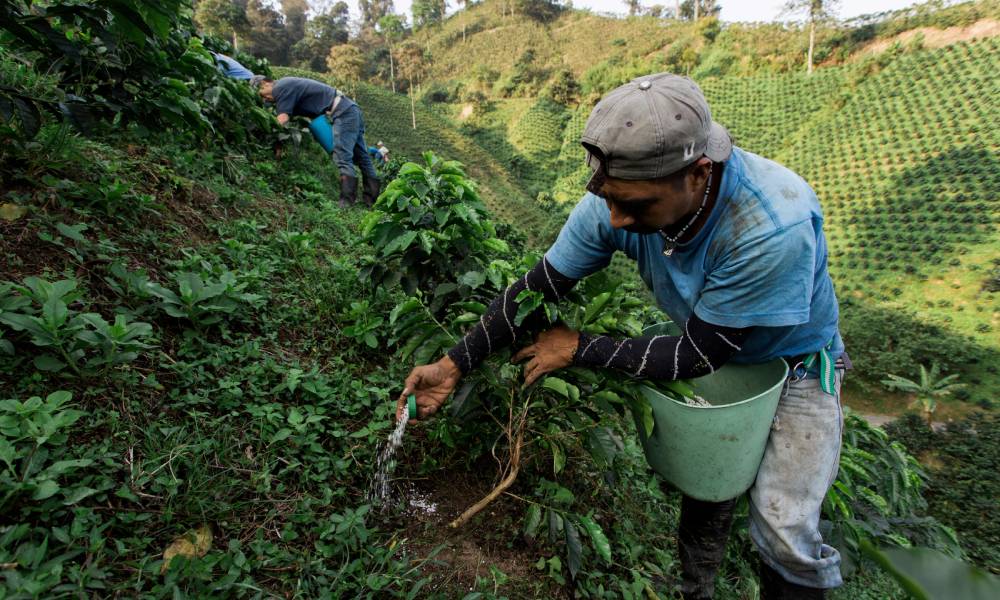 THE COST of agricultural fertilisers used for growing coffee are expected to rise following Russia’s invasion of Ukraine last week.

Observers believe that the global supply of key fertiliser ingredients, including potash, nitrogen, and phosphates, will be affected by sanctions and continued violence in the region.

Russia was the world’s largest exporter of nitrogen in 2019, making up 17% of global market share. It was the third-largest phosphate exporter the same year.

This adds to widespread fertiliser shortages and price hikes due to the soaring cost of natural gas, which have already hit coffee producers over the last two years.

Why does the price of fertiliser matter?

In many coffee-growing regions around the world, fertiliser is used on a wide scale. It can improve yields, promote growth, and create bigger plants, particularly where soil quality is low.

For example, a number of coffee farmers in Southern Uganda use urea fertiliser to address nitrogen deficiency in their fields. In some cases, this has led to harvests twice the size of those who go without.

Despite concerns over the environmental impact of fertiliser, which can contaminate nearby water streams, many farmers continue to rely on its use.

As such, any rise in price can have a considerable knock-on effect for farmers. In the short term, it can diminish profit margins, as the higher costs cut into revenue received for the green coffee.

Raising prices to cover these higher costs is not always possible, as many farmers are tied to “futures” contracts. Futures contracts require coffee farmers to sell their produce at a predetermined price.

In the long term, farmers forced to limit their use of fertiliser could see lower yields and falling green bean quality.

The armed conflict, which has seen fighting reach Ukraine’s capital city, Kyiv, has already had a ripple effect on several global industries, including oil. The price of a single barrel rose to an eight-year high of $113 on Wednesday.

This is predominantly down to what’s been described as an “earthquake” in the shipping and trade industry, which has seen merchant ships diverted from key ports in the Black Sea.

As a result, governments around the world are looking at potential solutions to prevent the situation spiralling out of control. One solution posited is to provide subsidies to industries that have been worst hit.

In Kenya, the government is already considering this for its 150,000 coffee farmers. It introduced similar measures last year to cushion tea growers from the upsurge in fertiliser prices caused by the Covid-19 pandemic.

Purchasing fertiliser from alternative sources, such as Canada, is also a potential solution. However, the impact of exchange rates, namely the devaluing of currencies in a number of producing nations, could cancel out any financial benefit.