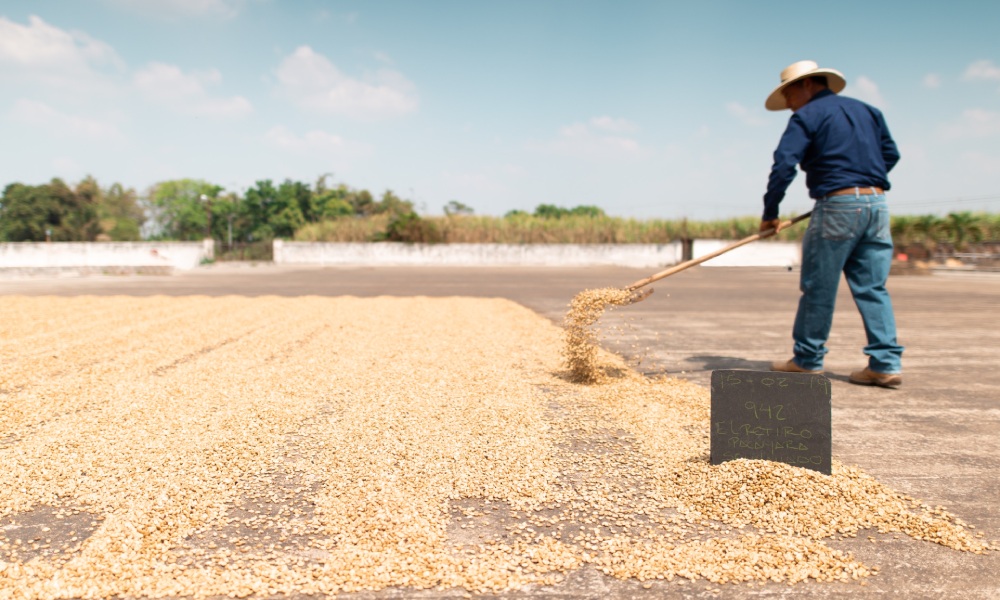 THE AVERAGE price of coffee exports from El Salvador reached $229.06 per quintal (100kg) for the 2021-22 cycle, representing a 32-year high, according to the Salvadoran Coffee Council.

Official figures show that the export value of coffee increased by 30.7% compared to the average price for last season’s harvest, although problems in the supply chain caused export volumes to contract by 4.3%.

The report comes as coffee prices around the world continue to rise due to what has been described as a “perfect storm” of factors that includes global fertiliser shortages and extreme weather conditions. Arabica coffee on the C market is currently trading at $2.3 per pound – a 21% increase compared to the same period last year.

“Among those that directly impact the price are the climate fluctuations in leading producing countries, such as Brazil and Colombia, which, between them, have been hit by frosts, droughts, and floods. The container crisis and the global supply crisis have also influenced price increases and affected coffee trade worldwide.”

While coffee producers can benefit from price increases, it can also give rise to tensions along the supply chain, particularly where contracts have already been negotiated.

Salvador explains that the most recent increases could make prices which seemed good at the time for specialty varieties now be at the same level – or even less – than the price of commodity coffee.

“From a very personal point of view, I can tell you that this price increase has affected specialty coffee growers a lot,” he says.

“Now they have been hit because the buyers do not want to pay more for those coffees and the coffee growers want an increase.”

To demonstrate his point, Salvador highlights the price of specialty coffee varieties in 2020. Two years ago, a specialty Bourbon or Pacas coffee was priced at around $235-280 per quintal, while a Pacamara was higher, at around $300-450 – at the time, a large price differential compared to the average C price.

Now that the C price has risen above $210 per quintal, those same producers are only receiving between $25 and $60 dollars more than they would for commodity coffee.

“It’s not viable for producers,” Salvador says. However, he acknowledges that while a number of producers have been affected, in most cases, it will be the exporters and roasters who bear the brunt of price rises.

“On the coffee grower’s side, I believe that it would be of benefit to them as long as the buyer or exporter pays fair prices. For the exporters, on the other hand, it can be more adverse, because they set the future contracts or agree on a sale price with the buyer, which, if it goes up, they have to comply with.”