Diego Campos: “It’s important for Colombians to have a world barista champion” 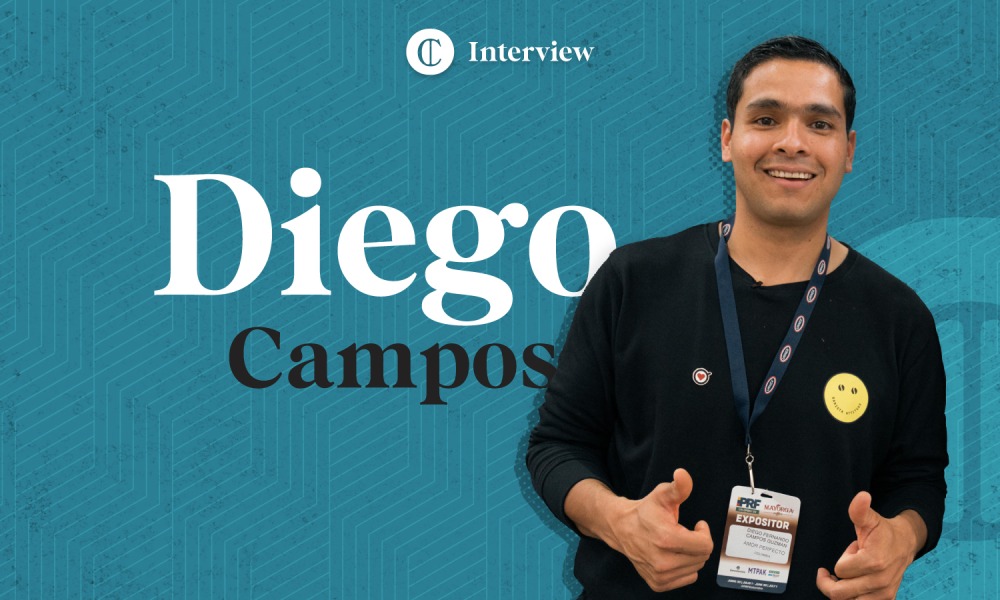 It comes as little surprise. Since winning the most prestigious barista competition at HOST Milano last year, Diego has been on a whirlwind journey.

He’s toured numerous coffee farms, held interviews with news outlets around the world, appeared as a special guest at international trade shows, released a signature coffee, and launched The Diego Campos Experience – a project aimed at promoting Colombian coffees around the world.

It’s not unusual for barista champions to find themselves with little time to breathe in the weeks and months after winning. However, for Diego, this has been a long time in the making – and it means a lot.

“I have worked in coffee since 2008,” he tells me. “It has given meaning to everything I could want in life and given me something to dedicate myself to. Becoming WBC champion is a dream come true.”

Born in Colombia’s coffee-growing region of Tolima, Diego started working professionally in coffee when he was just 18 years old. His first job was as a roaster for Amor Perfecto, a specialty coffee company based in Bogotá, but he competed in barista competitions in his free time.

In 2014, he was crowned Colombian barista champion, before following up with further wins in 2016 and 2019. Winning the WBC last year was clearly the pinnacle – but he says that competitions in general have helped him discover a lot about himself.

“Through competitions, I’ve come to realise many abilities that I didn’t know I had. I have become a more dedicated person, a more disciplined person with a greater vision of the world – and with many more objectives to achieve.”

The idea that a greater share of each coffee’s value should be kept within the producing country is popular among Colombians. Amor Perfecto, the company Diego works for, has even invented a term for it: decolonising coffee.

When Diego won the WBC using a eugenioides coffee grown in Valle de Cauca, many saw it as not only a great personal achievement, but a big victory for Colombia’s coffee sector. Above all, he says it proved to the world that Colombians can do it all when it comes to their own produce.

“I think to win the WBC with Colombian coffee, roasted in Colombia, and prepared by a Colombian is the best thing that could happen,” he explains. “It gave us sufficient argument to say to the world, ‘We have the best coffees and we know what to do with them’.”

However, showing the world that Colombian coffees are the best is one thing; convincing Colombians, on the other hand, is a whole challenge in itself. So much so, in fact, that the state-funded coffee association, the FNC, has launched numerous campaigns to promote consumption of homegrown specialty beans.

But does Diego believe that his victory on the international stage will foster a greater interest?

“It’s a challenge that’s going to take us a long time,” he says. “But in Colombia, we have always had a coffee culture that evolves year after year.

“Companies like Amor Perfecto are dedicated to training young people to become tasters, roasters, and baristas, and now we see these people opening their own specialty coffee shops where they share their knowledge. They are increasingly taking a bet on these professions, which, in turn, is helping increase consumption of high-quality coffee.

“Now that I have won the WBC, it confirms we are working in an industry that has a lot of significance and a strong future.”

Despite his passion for the competitive side of the coffee industry, Diego has no plans to retain his WBC title.

As well as continuing his work as a barista with Amor Perfecto, he has turned his attention to a project at his own coffee farm in the Huila Department of Colombia, called Finca El Diamante.

Living there with his wife and child, he is focusing on how to share his knowledge and show the next generation of coffee producers how small changes to their growing, harvesting, and processing techniques can help them produce higher quality coffees.

It’s all part of Diego’s innate long-term mentality and determination to improve the world of coffee. Where most of us would have taken a well-deserved rest after winning the WBC, particularly after eight years of competing, Diego recognises that he has created a platform on which to further promote Colombian coffee – and he is willing to use it.

“It is important for a country to have a world champion,” he acknowledges. “And for Colombians to have a barista champion it is very important. It motivates people and they can see that the door is open to any opportunity.

“I don’t see myself as an icon for baristas, but rather a guide or an example. They can be certain that if someone has won the World Barista Champion before them, then they can do it too.”

Diego Campos: “It’s important for Colombians to have a world barista champion”