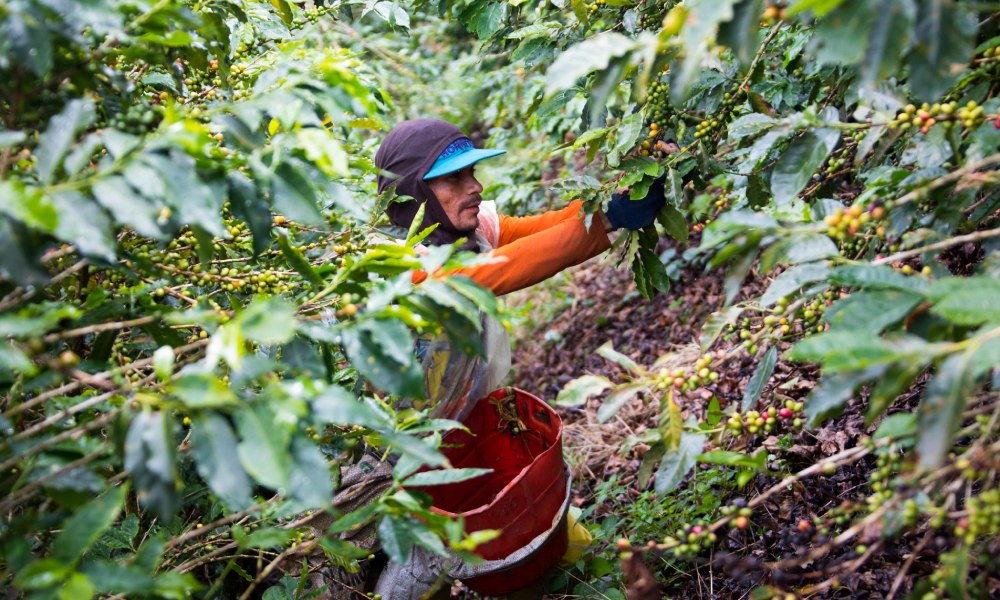 IN THE coffee industry, handpicked cherries are often marketed as a sign of quality and dedication to craft. However, for coffee farms that rely on manual labour to harvest ripe cherries, it is has become a thorn in their side.

Manual coffee harvesting costs have risen dramatically over the last few weeks, adding to sky-high fertiliser costs which have reduced profit margins. This is in spite of historically inflated coffee prices, which have been above $2 per pound since November last year.

Labour represents the single largest expense for coffee producers, comprising between 40% and 60% of total expenses for a typical coffee farm. During the harvest, collectors are hired to pick around 60-70% of the total coffee volumes and are usually paid per kilo of cherries collected.

The “piece rate pay” varies depending on a number of factors, including region, coffee varieties, number of workers, and the global price of coffee at the time of harvesting. In Colombia, it typically sits at around 550-600 Colombian pesos per kilo. However, this year pickers are demanding nearly double the amount.

There are fears that rising manual labour costs could make some coffee origins less competitive than others. For example, Brazilian producers can typically endure lower prices more easily than other coffee-producing countries because coffee plants are grown on flatter lands and picking is mechanised. This makes production cheaper than in places like Colombia where steep terrain means most coffee must be handpicked.

Many coffee farms across Colombia have also reported ongoing labour shortages, giving producers no choice but to yield to workers’ demands for higher rates. This is in spite of rising fertiliser and shipping costs which have already squeezed profits. According to Manfred, most producers haven’t received more than 5% on margins compared to normal price years.

“It is a social problem,” Manfred explains. “Farmers’ sons and daughters move to work in the cities. The FNC (Colombia’s national association of coffee growers) promotes more production per hectare, but is not enough to compete with Brazil. What’s more, it’s difficult to hire people 100% of time to work on farms. They move from one farm to another. And young people just don’t want to work in the field.”