Women’s gold: What the coffee industry can learn from shea butter production 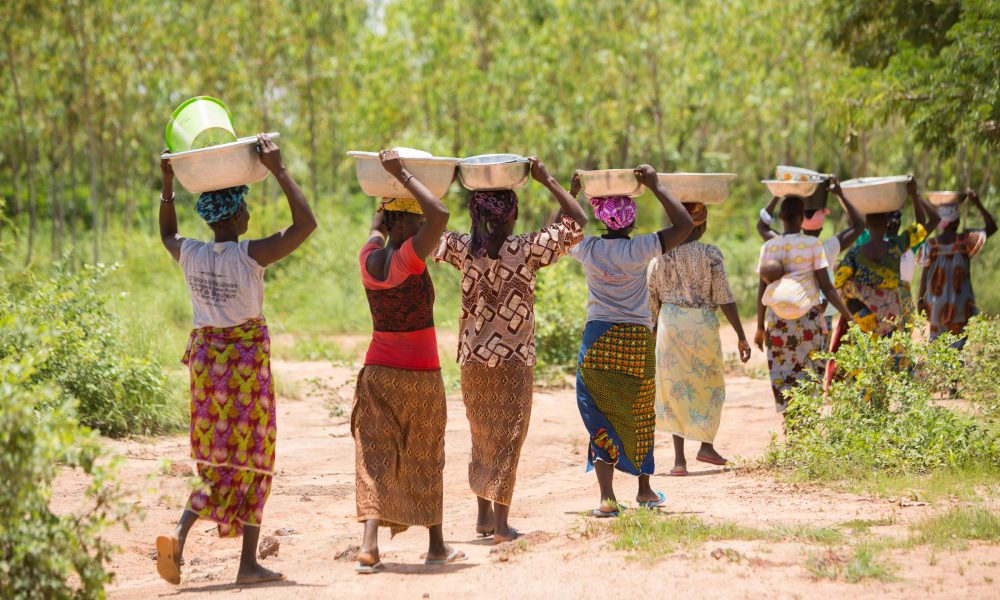 SHEA BUTTER production is a women-led industry. Providing an important source of income for up to 16 million women in Africa, it is a trade that has existed for more than 600 years across much of Sub-Saharan Africa, including Nigeria, Ghana, Mali, and Burkina Faso.

Traditionally, female workers – usually as part of a cooperative – harvest shea nuts, before they are processed, packaged, and exported or sold at local markets. While intermediaries continue to add value to processed shea nuts, recent efforts by NGOs and private companies have dramatically improved income opportunities for those at origin.

“Shea butter is sold to raise funds to cater for food, utility bills, payments of school fees, and health facilities with the intention to improve upon the welfare of their families,” a report by TechnoServe, an international nonprofit, states. “This process creates a sense of ownership and empowerment as it gives women the opportunity to make decisions on their own with little or no consultation from their male counterparts.”

One company that has seen considerable success in furthering female empowerment in shea production is Baraka Shea Butter, a Canadian-Ghanaian family-owned business run by Wayne Dunn and Gifty Serbeh-Dunn.

Baraka Shea Butter’s project seeks to increase the benefit that women receive from each harvest by giving them the opportunity to turn the nuts into butter – rather than doing it in the consuming country.

The women receive more money because they are selling the final product rather than raw nuts. Baraka then sells the shea butter to an international market, mostly for use in beauty products, and the profits are cycled back into the project.

Wayne believes the company’s success lies in rising interest in ethical consumerism. “I really believe that there is a growing majority of consumers across a lot of sectors increasingly interested in the social impact of products,” he says.

This aids the supply chain as the companies making the beauty products which use the butter also benefit from including ethically sourced ingredients. “Our clients are getting our impact story to put into their own product,” Wayne says. “It’s added value.”

Other organisations include Global Shea Alliance and Star Shea, a social business launched in 2012 which aims to help make production profitable for the women by working in co-operatives. They train female shea farmers to improve everything from collection to processing to packaging.

Gender issues in the coffee sector

In coffee production, a recent report by the International Coffee Organization (ICO) showed that while women provide up to 70% of labour, they only operate around 20-30% of farms.

It found that, compared to men, they have less access to education, credit, and investment decisions. This often results in a measurable gender gap in economic outcomes, including yields, productivity and farm income – a cycle which further reduces their ability to raise their position.

Kimberly Easson is the founder and CEO of Equal Origins, an organisation that studies and promotes gender equality in the coffee and cocoa sectors.

She highlights that most export crops are de facto male dominated as women in producing countries tend to be kept from landowning positions. “In traditional societies, men need to be men and be the ones that earn the income. It is part of an identity; what it means to be a ‘man’.”

Women, meanwhile, remain in a perpetual “worker” status and miss out on the economic benefits of higher-value export crops – something research shows can have considerable consequences.

A study of the coffee sector in Tanzania which looked at the impact of a national crisis in the industry that had greatly reduced harvests. The study showed that women were actually happy that the coffee had failed as their time was freed up to harvest “women’s crops” that they could sell at the local market.

And while a number of companies have invested in sustainability initiatives at origin, Kimberly believes that not enough have been focused on issues concerning gender inequality.

“There is a lot of investment going into coffee sustainability programmes and it is not necessarily invested with a gender lens,” she says. “There is an opportunity to analyse what women actually do and how we should design our interventions. If we invest in a gender-blind way we are potentially doing harm.”

The shea butter industry is far from perfect. A lack of infrastructure means that women often have to walk miles carrying heavy bucket loads of harvested nuts on their heads, while many who start working from a young age miss out on formal educational opportunities.

However, compared to the coffee industry, it is leaps and bounds ahead when it comes to women empowerment. This is in spite of the fact that promoting gender equality can considerably improve livelihoods and sustainability for entire coffee-farming communities.

As Kimberly points out, if women make up the majority of the workforce, it makes sense that training and investment programmes targeting women will generate a high return. Her claim is supported by evidence from the World Bank linking gender-equal participation in decision-making areas with broad-based development and economic growth.

Projects similar to Baraka’s, then, could go a long way to solving coffee’s gender inequality problem.

Putting more women in landowning positions and giving them the opportunity to add value through processing can help improve the equal distribution of income. Meanwhile, initiatives targeted at improving access to education, training, and financial resources could help shift power dynamics towards a more equitable system.

And Kimberly believes strongly that the coffee industry has the potential to do so. “Just because an industry was built on gender bias, it doesn’t mean that it has to continue this way,” she says.

Women’s gold: What the coffee industry can learn from shea butter production