Running on empty? The science behind coffee for athletes 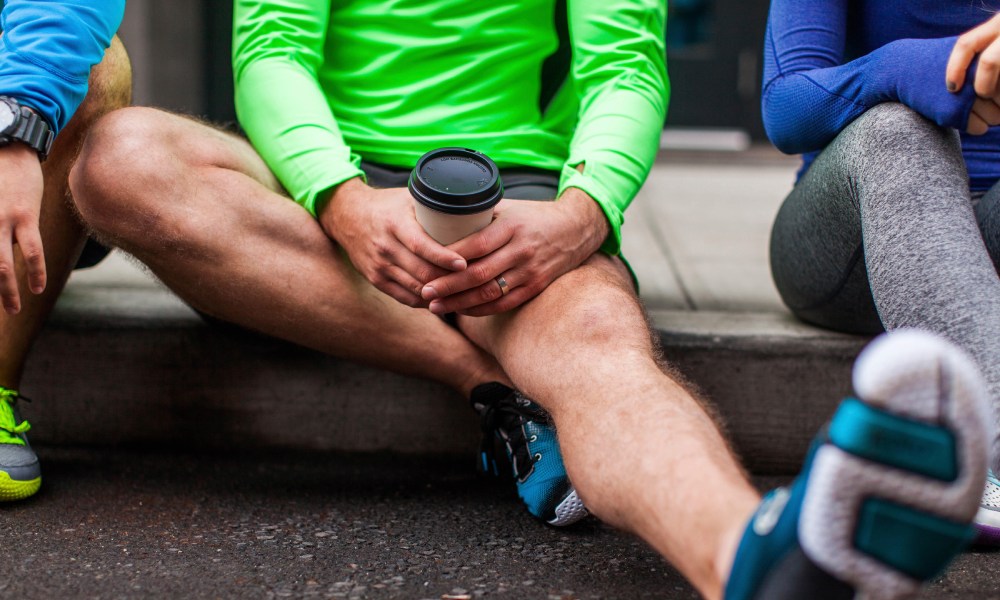 LONG GONE are the days when “single origin” was enough to grab the attention of consumers. Today, coffee brands implement a whole host of new and inventive concepts to capture the imagination in the increasingly saturated specialty market.

One of the latest is “coffee for runners”. Based on the purported performance-enhancing properties of caffeine, coffees for runners are typically blends intended to help athletes increase their performance.

In most cases, the components of the blend are chosen for their high caffeine content to maximise the effects of each cup. Some include additional vitamins and supplements, such as taurine.

Boostr Coffee is a UK-based specialty coffee company that offers a range of “pre-run” blends. Described as being “high-caffeine coffee”, it claims to provide “a massive boost before a run or a workout”, as well as aiding muscle recovery.

“Coffee can be tailored for elite runners and athletes,” explains Gregg Romano, who runs Boostr Coffee. “But it’s important to be aware that when we’re discussing the benefits of coffee for athletic performance, we’re referring almost exclusively to the caffeine content.”

Caffeine is a naturally occurring stimulant in coffee beans. Its content in each coffee varies, depending on factors such as species and altitude.

Once consumed, caffeine is absorbed into the bloodstream almost immediately. It can stay in the body for up to 12 hours, but its effects tend to peak between 30 and 120 minutes after consumption. Gregg explains that it’s during this peak that athletes should aim to be performing in order to reap the benefits.

“The primary reason caffeine in coffee works is by preventing tiredness,” he says. “Caffeine acts as a stimulant for the central nervous system by blocking one of your body’s main sleep-inducing molecules – adenosine.

“Neurons in your brain have receptors perfectly shaped to receive the adenosine molecules, and when adenosine attaches into these receptors it activates a complex biochemical reaction that causes neurons to slow the release of important brain-signalling molecules that keep you awake and alert.

Placebo or the key to victory?

When taken in moderate doses, evidence suggests that a caffeinated cup of coffee can boost athletic performance. A 2008 study published in the Journal of Medical Science in Sport found that caffeine ingestion before a 5km time-trial improved performance in both well-trained and recreational runners.

Similarly, the International Journal of Sports Physiology and Performance published findings in 2017 which indicated faster race completion time in runners who had consumed caffeinated coffee prior to a one mile race compared to those who consumed decaffeinated coffee.

But the gains were small. In the first study, the caffeine trial resulted in just 1.1% faster times, while in the second, it was 1.3%.

According to a paper by the International Society of Sports Nutrition, less than a 1% change in average speed is enough to affect medal rankings in intense Olympic endurance events lasting between  45  seconds to 8 minutes. However, for recreational athletes, it concludes that caffeine consumption prior to exercise may not produce any noticeable benefits.

This leads back to the question: Is “coffee for runners” simply a new way of carving out a specialty coffee niche?

“I don’t believe that it is a marketing ploy per se,” Gregg says. “But it is certainly a unique way to promote coffee in a very saturated market. Coffees marketed this way are normally high in caffeine and typically very smooth with a low acidity which is ideal for drinking pre-run.

“The future for this market is relatively limited as it’s a very niche area. But at the moment there are very few products that are tailored to this unique demographic. It’s a great area to specialise, and may have very good potential, especially when paired with other health-inducing additives.”

Running on empty? The science behind coffee for athletes