Made in China: Why young Chinese consumers have turned their backs on Western coffee brands 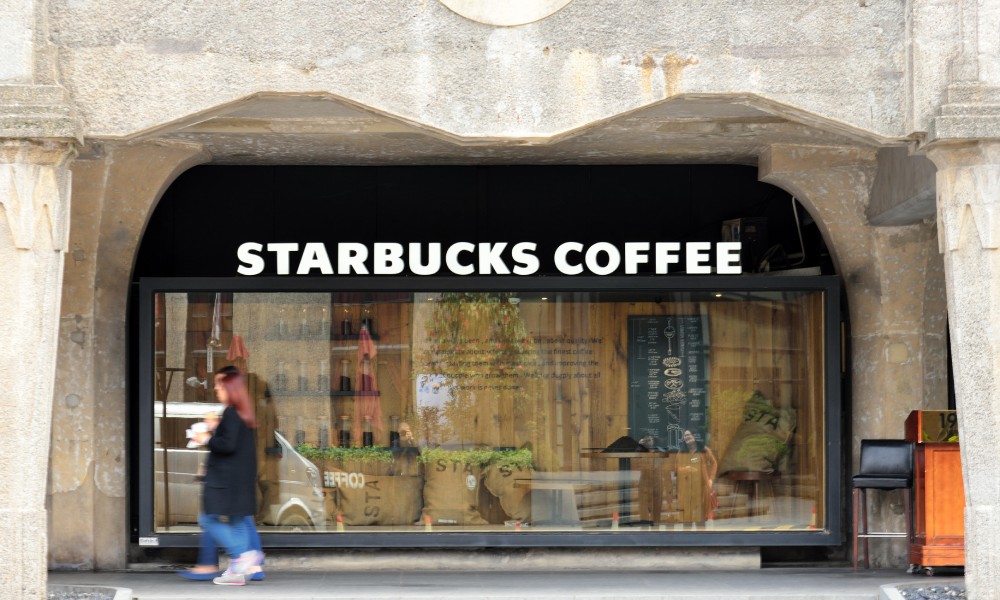 THE “MADE in China” label hasn’t always had the best rep. Having emerged over several decades as a product of China’s vast global manufacturing capacity, it became something of a byword for cheap, abundant, and low-quality goods.

For the country’s affluent classes, buying foreign products, therefore, was a clear sign of wealth. Heavy import taxes on things like Ralph Lauren polos and Lacoste trainers only added to the curated image of prosperity.

At the same time, any attempt by Chinese companies to match the quality and brand image of Western goods was often made in vain. In the eyes of Chinese consumers, Western brands were inimitable.

In recent years, however, China’s perception of itself has changed considerably.

The level of manufacturing technology and craftsmanship has been continuously improved, while the government-backed “Made In China 2025” initiative has seen domestic companies pay increasing attention to innovation and quality. This has helped establish distinctive brands that have been able to break away from imitation and copycat products.

The “cultural confidence” advocated by President Xi Jinping has also played a role in transforming perceptions of Chinese brands. Emphasising the importance of China’s “fine traditional culture”, it integrates “Chinese style” into product design and marketing, which drives sales and enhances consumers’ impression of domestic brands.

A recent Sixth Tone article highlights how “Chinese style” has developed into a broad category, including not just designs with traditional Chinese cultural elements, but also products associated with contemporary Chinese life.

Now, younger generations are turning their backs on foreign goods, the value of which – in their eyes – has eroded, preferring instead to opt for products made at home. And it’s a trend that has started to have a ripple effect throughout China’s burgeoning coffee industry, too.

How young Chinese consumers have drifted

When Starbucks opened its first store in Beijing in 1999, it knew it was paving the way for a new coffee-consuming culture in China.

Within a few years, Lavazza, Tim Hortons, Blue Bottle, and Costa Coffee had all set up shop as they looked to become the country’s go-to coffee brand.

Many focused their attention on Shanghai, China’s second-biggest city, which had become the country’s de facto “coffee hub”. Today, it is home to more than 6,500 cafés – the most in the world for a single city.

Luckin Coffee, which launched in 2017 with headquarters in Xiamen on China’s southeast coast, experienced rapid growth in just three years, going from an initial nine stores to more than 4,000 in 2020.

Shanghai-based Manner Coffee, which started as a roadside boutique stall in 2015, was reportedly opening a new store everyday between June and October last year. And C.Straits Cafe, run by Chinese entrepreneur Ms. Jin Mei-Yang, recently secured a $30 million investment to expand on its 400 stores across the country.

China’s increasingly competitive coffee landscape speaks of a flourishing industry. But despite Starbucks continuing to dominate the market with a 36% share, recent data suggests that young, middle-class consumers are increasingly in favour of domestic brands.

Indeed, a 2021 survey by iiMedia Research found that 44.7% of Chinese coffee consumers prefer domestic brands compared to just 25% who chose foreign brands (with the remaining indicating indifference towards brand nationality.)

One of the big factors behind this trend is product differentiation. Big international chains like Starbucks have been around since the turn of the century and can be found on virtually every corner in China’s major cities.

As the country’s coffee industry matures and disposable incomes rise, its consumers are demanding better and better coffee. And the majority of China’s specialty boutiques serving high-quality coffee are domestic.

“[Shanghai] has been a successful brewing ground for local boutique chains, such as Seesaw, Manner Coffee, and M Stand,” writes Sixth Tone journalist Christina Kefala. “The avid coffee consumer is empathetic toward small coffee owners, too.”

Yet it’s not just about quality. Some domestic brands have also been able to undercut the price of international players, while catering to the fast-paced lifestyles of the country’s white-collar workers.

Many position themselves near offices and in convenience stores such as 711, Family Mart, and Lawson. Here, young Chinese consumers can grab an americano for less than 10 yuan (around $1.5) – a third of the price at Starbucks.

“Younger, lower-income customers are more concerned about functionality and price performance,” says a Deloitte white paper report on Chinese coffee culture. It indicates that China’s “fast-coffee” market share equates to around 60% of the freshly ground coffee market, with signs that it could grow even more in the future.

Encouraging China’s next generation to take more pride in their country’s produce has been one of the government’s defining policies in recent years.

It’s seen a large percentage of younger consumers drift away from their parents’ mainstream preferences for Western luxury products and take more of an interest in the potential of domestic brands.

The pandemic accelerated this change. Travel restrictions and supply chain disruptions boosted domestic consumption. It also prompted a widespread shift to online shopping, with many local brands setting up ecommerce platforms for the first time.

Sales of Luckin Coffee, for example, soared during lockdowns thanks to its mobile app, through which it provides takeaway and home delivery.

However, despite the success of Chinese coffee brands, few believe the status of international companies such as Starbucks and Tim Hortons are under any real threat of extinction.

Tao Jian, who runs news website, coffeefinance, points to China’s coffee-consuming population which numbers more than 350 million people. He suggests that there is no mutual squeeze relationship between Western brands and domestic brands, but rather the two have different marketing strategies and each uses their strengths to attract different customer groups.

In this context, Luckin can provide young, white-collar workers with a cup of relatively cheap freshly ground coffee in a fast-paced environment, whereas Starbucks can leverage its “third space” and provide “slow coffee” as a social tool.

That said, if the “Made in China” label has the power to change so dramatically, then perhaps we need to be cautious about predicting in which way the country’s coffee industry will go, too.

Made in China: Why young Chinese consumers have turned their backs on Western coffee brands