Does specialty coffee put people on too much of a pedestal? 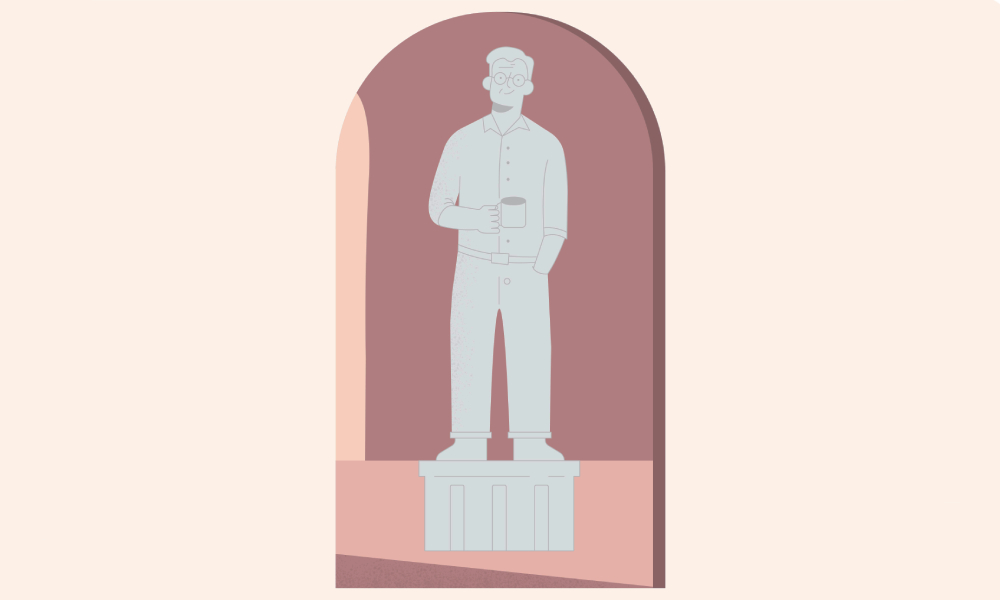 THE DAWN of the World Barista Championship (WBC) at the turn of century was symbolic in more ways than one.

The competition, positioned as a platform for showcasing baristas’ skills and the latest innovations in coffee, served as a stamp of recognition; confirmation of what insiders had been discussing for years: coffee was much more than a commodity.

But the first WBC also opened the door to a new brand of celebrity. Although the early competitors may not have known it, winning the WBC would go on to become a career turning point, with a deluge of sponsorships, ambassadorial roles, and business ventures to follow.

James Hoffmann, who won the WBC in 2007, has more than one million subscribers on his YouTube channel, been featured in The New York Times, published two books, and runs several successful companies.

Sasa Sestic, who was crowned in 2015, owns a phenomenally influential coffee roastery in Australia, ONA Coffee, starred in a popular documentary, The Coffee Man, and has nearly 100,000 followers on Instagram.

Even Diego Campos, who only won last year, has since been on a whirlwind tour, starring at the coveted Producer & Roaster Forum in Medellín alongside Dale Harris (who won in 2017), and become the face of several global coffee companies.

This is different from other markets. While some comparisons can be drawn with craft industries such as beer, the level of celebrity rarely comes close.

“There is a certain amount of celebrity worship in specialty coffee,” says Bartholomew Jones, the founder of coffee social enterprise CxffeeBlack. “It’s interesting because it’s different in other commodity industries. In wine, for instance, you don’t have the celebrity culture around sommeliers or bartenders.”

The rise of the coffee celebrity

The WBC’s role in the rise of the coffee celebrity has been sizable.

As World Coffee Events’ (WCE) flagship competition, it is staged with all the glitz and glamour of a movie gala, including  full press coverage and a sprawling venue to house attendees.

The result is a memorable event that invariably propels the winner in front of a global audience and puts them in a position of influence. From here, they can kickstart trends, call out injustices, launch new products, or, if they wish, put up their feet.

However, attributing the influence that baristas – or others in the industry, for the WCE also runs roasting and cupping competitions – gain from competing in the WBC is to view the process as a one-way street.

Nick Castellano, who works for Cropster and co-hosts the Coffee & Technology Podcast, says, in reality, the interest around personalities in coffee grows organically.

“I think the difference [from other craft industries] is that people in coffee are generally very curious,” he explains. “They are always looking to learn and share their knowledge.

“Because of that, I think there has been a rise of influencers who are looking to educate a wide audience in coffee that is always trying to learn something new and, in turn, this has turned into fame as they grow their audience and continue to provide value.”

The concept of being a role model is attached to the notion of celebrity in any sector, whether in cinema or in coffee.

This inescapable relationship carries a degree of responsibility and can have implications for those who wield it. This became abundantly clear when George Clooney spoke out about the use of child labour in coffee farming.

Having become the face of coffee machine manufacturer Nespresso, his role as a celebrity and brand ambassador also placed him in the position as a role model. Therefore, when revelations about the use of children on Nespresso certified farms came to light, Clooney’s celebrity pull-power became vital to the company’s collective response.

It is examples such as these that highlight Nick’s point about reflecting on who, in the coffee industry, we put on a pedestal, and why we do it.

“It should absolutely contribute to positive change for the industry as a whole,” he says. “However, there also needs to be caution on people speaking on topics or issues that they have not experienced themselves.

“For example, there are countless baristas who, out of goodwill, are very vocal about changes at origin and across the supply chain. But a lot of that vocality is baseless because there’s actually not a true understanding of their realities – and, therefore, they cannot propose real solutions.”

Bartholomew goes further, suggesting that as the concept of a coffee celebrity gains traction, it needs to become more representative of the people who work in the industry.

“When celebrity worship goes unchecked, it can be really harmful, particularly for Black people of African descent,” he says. “Too often, we don’t see ourselves in these famous coffee celebrities. And that lack of representation can lead to a feeling that you don’t belong, or that your voice and perspective aren’t important.

“While there is a place for famous baristas and coffee scientists and Q traders, I think we have to start with origin and build out from there. Then, as we do that, I think we will see more people in these positions who look more like the people who are producing the coffee we have grown to love.”

Does specialty coffee put people on too much of a pedestal?