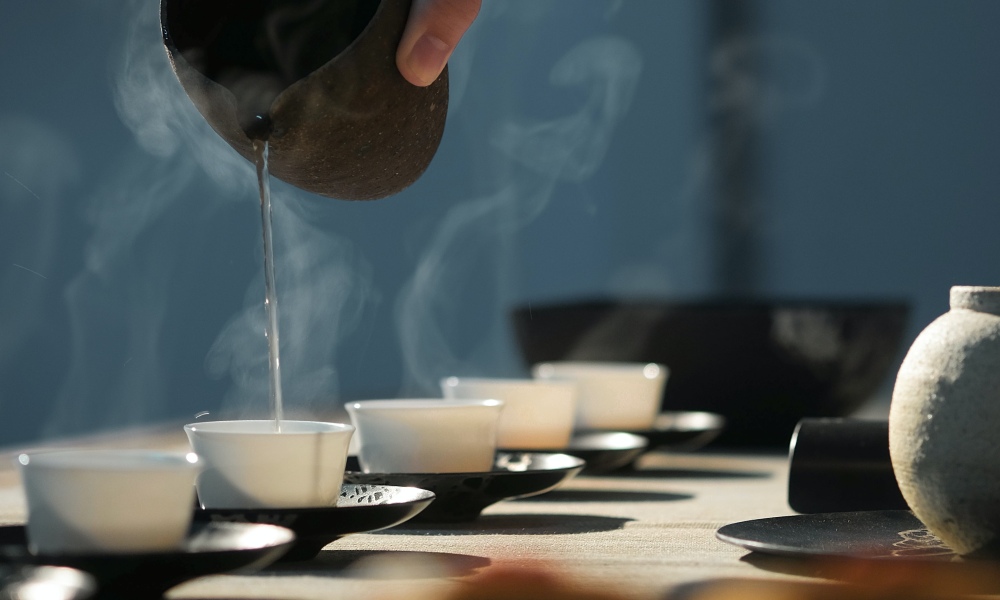 FOR MORE than three millennia, tea has formed an integral part of Chinese society – as a social glue, a palette cleanser, a medicine, a way of lifting moods and cultivating business partnerships.

Today, Chinese consumers drink approximately 40% of the world’s tea, much of which is produced domestically. The total area of tea plantations, located mostly around Yangtze river and other southern regions, reached nearly three million hectares in 2018 and continues to grow.

But, just like other sectors from tech to travel, young people in China are dramatically changing the country’s relationship with tea.

Not only have they prompted a so-called “coffee revolution”, which has seen consumption grow at seven-and-a-half times the global average, but they are also spearheading new and innovative ways of preparing tea, many of which depart from centuries-old traditions. This includes products that have since gained global recognition, such as bubble tea.

Although each generation brings with it a litany of new ideas, many are eyeing this new cohort of under 30s – known as Gen Z – with more interest than ever before.

According to Li Yang, an associate professor of marketing at Cheung Kong Graduate School of Business, the emphasis on Gen Z is largely down to the context in which they grew up.

“Today’s ‘post-95s’ and ‘post-00s’ are a generation that grew up with a background of high economic growth and low birth rate,” she says. “Most of them are only children. They are expressing themselves through products and highlighting their individuality.”

China’s Gen Z also tend to travel more and stay in education for longer compared to older generations. Their exposure to other cultures means they are generally more willing to diversify their interests and accept new ways of doing things.

But, as Gen Z has an increasingly important economic impact, how is this affecting China’s tea-drinking culture?

The rise of China’s coffee culture

In the last 25 years, China has experienced two key milestones in its history of coffee consumption.

The first was the arrival of Starbucks in the 1990s. The second was the launch of Luckin Coffee in 2017. Both events were seismic in their influence on Chinese coffee and tea culture.

Starbucks was significant because it introduced the idea of paying considerably more for a cup of coffee than for tea. Luckin, on the other hand, showed that China had a coffee-drinking audience  strong enough to start growing its own coffee chain giants.

In both cases, however, appealing to young people was an essential underlying theme – and with good reason. In 2021, 78% of coffee consumers were aged 18-44, while those aged 55 to 64 years made up just over 5% of the market.

For many, this exemplifies China’s pivot toward a consumer-driven economy that seeks a Chinese take on Western habits.

The idea of grabbing a coffee on-the-go, for example, would have been unimaginable to many of the parents of Gen Z. Yet now, convenience is a cornerstone of most new coffee shops and is helping fuel their popularity among young, generally middle-class people.

However, as well as catering to a fast-paced lifestyle, coffee has also found itself at the forefront of a trend that’s seen China’s population seek experiences over luxury goods.

Coffee still feels like an indulgence to many Chinese, but it’s an accessible luxury and, increasingly, one that they have grown up around.

“They are moving away from buying Louis Vuitton bags to experiences,” Shaun Rein,  managing director of Shanghai-based China Market Research Group, told the BBC. “Coffee culture is a part of that.”

How is tea culture changing?

As far as figures can show, China’s growing interest in coffee has not stolen market share from tea. The groups of people who drink coffee and those who drink tea often overlap, and coffee consumption is still relatively small.

In Chinese cities where coffee culture is flourishing, such as Shanghai, Guangzhou, Xiamen, and Chengdu, local residents are found to be equally enthusiastic about drinking tea.

“If the beverage store has fruit tea with fruits in season, I would prefer tea,” said Miss Wang, a frequent visitor to specialty coffee shops.

However, what is abundantly clear is that coffee consumption has had a dramatic impact on the way in which people drink tea in recent years. And Gen Z’s demands are without question playing a considerable role in this trend.

Indeed, estimates show that those in Gen Z account for 71% of “new” tea-drinking experiences, which include bubble tea and fruit tea (Fruit tea regularly comes out on top in surveys of Chinese consumers’ favourite type of tea.)

Like coffee, Gen Z prefer to buy tea for on-the-go consumption and are willing to spend more per drink than a traditional hot green tea served in a teahouse. They often order the tea via an app and have a strong focus on the brand of the company serving them.

For example, HeyTea, one of China’s most popular bubble tea brands, has amassed more than 21.5 million users on its WeChat mini-app and 710,000 followers on Weibo, a Chinese social media platform.

Taste is also being placed at the centre of China’s new tea-drinking culture. Most young people drink instant coffee and tea bags at home; but in the stores, they prefer to experiment with drinks that offer a wider variety of flavours, such as “honey peach oolong”, “macaroon red tea”, and white peach mojito”.

This is in line with trends in coffee, which have seen spiking popularity for variations, particularly in the cold beverage category, such as grape-flavoured cold brew and vanilla iced coffee.

All this begs the question, then, of what will become of China’s tea-drinking culture in the future? Most agree that the two markets will continue to grow in tandem, without one posing too much threat to the other.

Although trends will undoubtedly continue to overlap, in metropolitan areas in particular, young people continue to show an equal appreciation for both drinks.