Egypt is about to become the next specialty coffee hub 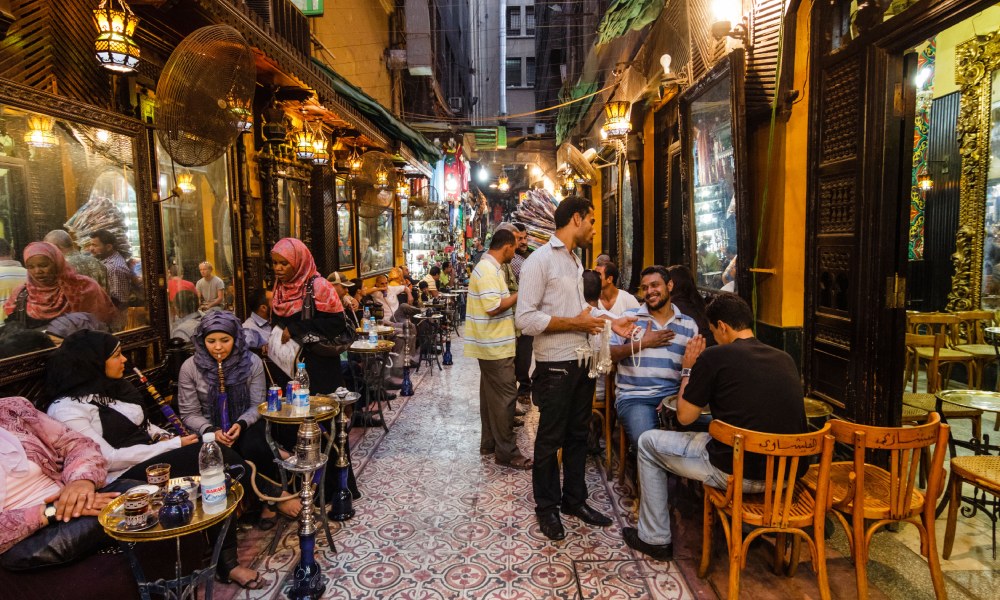 FOR THREE days last year, visitors to one of Cairo’s smartest hotels arrived to the envious smell of coffee filling the lounge and wafting through the corridors.

Chatter between small knots of people consisted of fermentation techniques and brewing methods, while the whir of machines, extracting espresso and steaming milk, served as the backing track to their conversations.

This was Coffestival – an annual event that brings together coffee professionals and enthusiasts from across Egypt. The aim is predominantly to showcase the country’s coffee shops, cafes, and products and provide networking opportunities for attendees.

But more than anything, it served as a symbol of how far Egypt’s specialty coffee industry has come over the last few years.

Egypt has a long history with coffee, with its consumption thought to have spread from Yemen in the 16th century.

Although initially rejected, coffee and – the places that served it – soon expanded into far flung neighbourhoods. Before long, coffeehouses became the main place where people would spend their time outside of the mosques, socialising, drinking strong Turkish-style coffee, and smoking hookah.

“Coffee has long been a part of the social fabric of Egypt,” says Omar Nazmi, a specialty coffee roaster based in Cairo. “It was originally used by scholars from Yemen who would study and later drink in the evening. It eventually found its way into homes and coffee shops.”

Since then, Egypt’s coffee industry has seen its fair share of ups and downs. Only last year, a number of businesses reported a shortage in the country’s stock of green and roasted beans due to currency problems and issues at customs.

However, the overriding story of the past decade has been one of a flourishing specialty coffee market. And, with a population of more than 110 million, it is already having a considerable ripple effect across the industry.

Egypt is home to a melting pot of coffee shops, both domestic and international, traditional and modern.

The likes of Starbucks, Cilantro, Makani, and Costa all have a firmly established presence there, with stores dotted across the country’s major cities. And they have good reason to stay.

Coffee consumption among Egyptians has soared over the past few years, almost doubling from 36,000 tons in 2017 to 70,000 in 2021, according to the Cairo Chamber of Commerce.

However, it’s not just the quantity of consumption that is causing a buzz, but the development of a specialty coffee segment.

Like recent trends in the Middle East which has seen the number of independent coffee shops and roasters explode, Egypt is experiencing a particular surge in interest around the quality and provenance of coffees.

“My brother and I were travelling through the Middle East and saw the rise of specialty coffee in the Emirates, the Gulf, Saudi Arabia, Dubai, Qatar,” Omar says. “It was remarkable. But there has been great growth of the specialty coffee sector in Egypt, too.”

The driving force, like most burgeoning specialty coffee markets, is a growing cohort of young, middle-class consumers, many of whom have experienced specialty coffee overseas either for work or study.

Economic liberalisation, as well as an expanding private sector and increasing access to education and healthcare is only expected to bolster this trend.

Alongside the commodity market, the specialty coffee market is expected to continue developing in line with this growth. “Coffee is something that is drunk all the time across different social levels in Egypt,” Omar says.

Egypt’s vast population size means there is huge potential for coffee businesses in the region.

It’s widely acknowledged that whoever gets themselves to the front of the queue will reap the rewards. No doubt this is part of the reason Nestlé recently invested $14 million in a Bonjorno coffee factory with a capacity of 14,000 tons, and the potential to reach between 22,000 and 44,000 tons in the future.

However, its location is also important, particularly for specialty coffee brands. Being on the same continent as some of the world’s most sought-after coffee origins, including Ethiopia and Kenya, means Egypt has a key advantage over other burgeoning coffee markets: it can import coffee over land.

Although few coffee businesses acted on this fact in the past, the growth of a specialty coffee segment means more are now seeking out direct trade opportunities. This includes Omar and his team, who used to buy their coffee from a warehouse in Europe, but have started fostering direct trade relationships in recent months

“We had a meeting with my brother and were looking at the world map and said, ‘Look at where Ethiopia is. Why are we buying coffee from warehouses in Belgium?’ And, from there, the idea of direct sourcing was born.”

This is good news for traders too, who don’t have to worry about the logistics of shipping containers over sea. Instead, they can rely on land transport, such as rail and trucks, to move coffee directly from origin to roasters in Egypt. With the recent problems caused by Covid-19 and conflict in Ukraine, this could make Egypt an increasingly attractive market.

However, it won’t be all plain sailing. Back in 2018, amid a devaluation of the Egyptian pound, reports emerged of failing coffee quality as coffee shops looked to offset more rising import costs.

As Egypt grapples with some of its worst inflation and a devaluing currency against the US dollar once again, there are fears that this could hamper specialty coffee’s growth in the market.

But Omar remains optimistic and believes that the focus on direct sourcing from East African producers could help mitigate the issues this time round.

“We’re at the beginning [of a specialty coffee wave],” he says. “Even a teacher passes on to the next life while he is still learning. We’re nowhere near our capacity and we are excited about what’s to come.”

Egypt is about to become the next specialty coffee hub