The challenges of sparking a specialty coffee boom in El Salvador 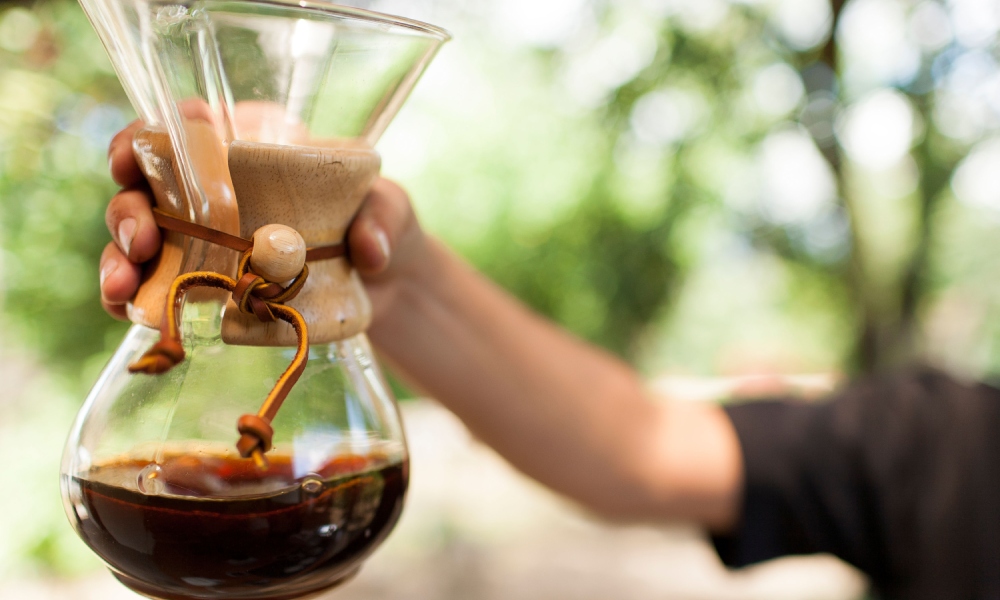 KEEPING A coffee’s value in the country that produced it is an age-old problem.

Historically, farmers have received just a fraction of the final price of a cup of coffee, with the most value added during the roasting and retail stages.

Indeed, according to recent data collated by Visual Capitalist, a $2.80 cup of coffee is equivalent to $42.00/lb, compared to the farmgate price of $2/lb or less that a farmer receives for their green coffee.

Efforts to boost domestic consumption have been successful to varying degrees. In Brazil, a programme to push specialty coffee has seen consumption grow by more than 11% over the last decade and Colombia’s state-led initiatives culminated in the first Colombian to win the World Barista Championship last year.

However, other countries have struggled to buck the trend, with the vast majority of coffee, particularly high-quality beans, continuing to be exported for roasting and sale in the US and beyond.

El Salvador falls into the latter. The International Coffee Organization (ICO) estimates that just 8-10% of the coffee produced domestically stays in the country with the rest going to North America, Europe, and Asia, where it can fetch a marked-up price. Even of the coffee consumed, almost two-thirds come from other countries, including Guatemala, Mexico, Honduras, and Nicaragua.

For El Salvador’s coffee-producing sector, the result is an increasingly disillusioned workforce that sees more value in accepting remittances than working away in the field. Yet a few innovative producers are taking matters into their own hands and opening up new opportunities for Salvadorans.

Boosting both the quantity and quality of domestic coffee consumption sits high on national agendas of producing countries for several reasons.

As well as increasing general demand for coffee which, in turn, raises prices, it can help producing countries go from being “price takers” to “price makers” – a change of fate that some call “decolonising coffee”.

In short, this means farmers are less dependent on the C market – a global benchmark for the price of coffee determined by the New York Stock Exchange – and retain more of the coffee’s value by processing, roasting, and selling it themselves. They can free themselves from the whims of other countries and work more closely with local businesses to determine a price that works for both parties.

Rafa Silva is a sixth-generation coffee producer and the owner of Sicafe, a family-run coffee producer, roaster, and exporter based in the Apaneca-Ilamatepec mountain range of El Salvador.

Five years ago, he decided to boost the company’s domestic product lines by centralising their supply chain and bringing even greater value to their Cup-of-Excellence-winning coffees. The idea was to house everything from the milling to the roasting to the distribution under one roof.

However, Rafa explains that one of the chief stumbling blocks has not been convincing Salvadorans to buy more coffee, but to invest in higher quality coffees than they are accustomed to.

“People in El Salvador are still not used to drinking high-quality coffees,” he says. “You give one of our best coffees to a Salvadoran and they won’t like it. They will say it is too high in acidity, or too fruity, or that it doesn’t even taste like coffee because their coffee tastes different to what coffee actually is.

“It was expensive and time-consuming to encourage people to start exploring domestic coffee. We had to do a lot of tastings, a lot of samplings, and give away a lot so people could try, smell, and, ultimately, see the value in our coffees.”

In addition, some brands have been accused of mixing ground coffee with other substances, such as roasted coffee pulp or corn. By law, coffee bags have to list their ingredients and those that state they are “100% coffee” should not include anything else. However, in reality, many coffees saved for domestic consumption are mixed with cheaper ingredients in order to keep down prices.

For those who abide by the rules, such as Sicafe, it can make it exceedingly difficult to compete. “If you stick to 100% coffee, you are essentially facing a price competition that you cannot compete with,” Rafa says.

After a lot of back and forth experimenting with different coffee varieties on the domestic market, Sicafe found that the washed Bourbon was the most popular. As such, around 70% of their coffee production is now focused on Bourbon, with smaller amounts of an additional 22 varieties that are mostly reserved for export.

However, while they have made significant progress, Rafa is keen to see more regulation of the domestic coffee market, as well as education to improve consumer awareness. As he says, most consumers are not aware of the problem as they have become used to their coffee tasting the way it does.

Part of this could involve the launch of a government programme to boost domestic coffee consumption. For example, in Colombia, the Toma Café programme, designed in 2013 by the National Coffee Growers’ Federation (FNC), was incredibly successful.

Toma Café utilises a creative mix of awareness raising, increased sales points, and advertising. It successfully managed to turn around a 20-year slump in national consumption, while also increasing the market share of premium varieties.

The introduction of the first Juan Valdez coffee shop in 2002 has also contributed to growing demand for specialty coffee. Today, there are more than 330 across the country, serving high-quality Colombian coffee to locals.

Rafa clearly sees a similar future for El Salvador through an evolving coffee shop sector. Sicafe now has a coffee shop linked to the roastery and his vision for the next five years is to grow it into a chain that can tap into the country’s emerging market.

And there are other signs that hint towards an emerging specialty coffee market in El Salvador. The capital city, San Salvador, has an ever-increasing choice of independent coffee shops offering home-grown varieties, such as Pacamara, while new independent roasters are cropping up all the time.

“I don’t see any other national brand as my competition,” he says. “El Salvador should be proud of the coffee and the quality it produces.”

Following a successful event in Medellín, Producer & Roaster Forum will return to San Salvador between 16 and 17 March 2023.

The two-day event brings together thousands of coffee professionals and industry leaders from around the world, offering a unique opportunity to network, participate in workshops, listen to talks, and join roundtable discussions.

The challenges of sparking a specialty coffee boom in El Salvador