Farewell to Miami: Why specialty coffee has failed in the Magic City 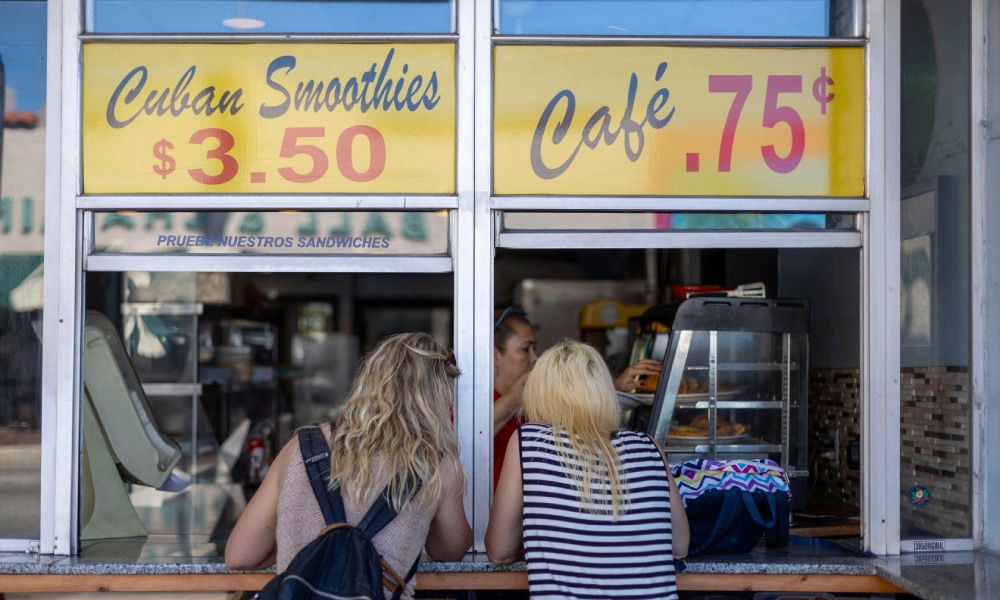 It’s a daily tradition that represents the Magic City’s deeply ingrained coffee culture – one that has existed since the earliest days of the Cuban Revolution in 1959.

But the coffee they are drinking – and the way in which they drink it – isn’t what you might find in the US’s other metropolises, such as LA or New York City.

Cafecitos, coladas, and cafés con leche take the place of espresso, flat whites, and cappuccino. And you’re more likely to drink your coffee standing up at a small open counter – a ventanita – than you are sitting down with a laptop or book in front of you.

It came as something of a surprise, then, when James Freeman, the founder of pioneering specialty coffee chain Blue Bottle, set out his vision to expand into Miami.

The brand, with its sleek, minimalist, wood-accented spaces, seemed at odds with the city’s Cuba-inspired coffee culture, even with a strict “no WiFi” policy in place.

And it was. In 2019, little more than two years after opening, Blue Bottle closed both its shops in Miami. It claimed the closures would allow the company “to focus on quality growth and give us the resources we need to invest back in other regions”.

However, most understood this as a declaration of a weak sales performance and an inability to adapt to the city’s unique coffee culture. It had ultimately failed to capture the hearts and minds of consumers in the way that it had done in San Francisco, where it has some 40 stores. And the retreat was clear evidence of its rejection.

Blue Bottle’s doomed venture in Miami grabbed headlines. But it was by no means an isolated case.

In May 2021, independent specialty coffee bar ALL DAY closed its doors just a few days before its fifth anniversary as it caved under the pressures of Covid-19.

It took a ten-month break in total – and although it has since reopened, for many it confirmed the delicate situation in which specialty coffee brands exist in Miami.

“I think Blue Bottle realised their investment and style made more sense elsewhere,” he explains. “The ubiquity of Cuban-style coffee is definitely a factor. But I also think people in Miami tend to prefer ‘full-service’ restaurant style cafés, and specialty shops tend to be coffee and pastry only, which makes people opt for a different place when they are looking to hang out.

“In Miami, we have a large Latin American population which tends to be accustomed to, and quite happy with drinking Cuban-style coffee.”

Indeed, the preference is for sweet, dark roasted coffee with a thin layer of espumita. With average daytime temperatures of 26°C, tall iced coffees in plastic cups are also a popular choice.

Importantly, the emphasis is on convenience, affordability, and community: ventanitas are spaces where people from all walks of life can exchange stories and engage in heated debates about everything from Cuban politics to the latest NBA results.

The likes of Blue Bottle are the antithesis of this.

An iced coffee from Blue Bottle can cost as much as four times that from a typical ventanita, while the spectacle of the chain’s trademark syphon-made filter coffee is leagues away from the convenience of a colada (the Cuban-style espresso intended to be consumed in one gulp).

The emphasis on flavour notes and terroir are also concepts that fail to resonate. Coffee for Miamians is all about ritual and inclusivity. As soon as prices quadruple, both of these pillars topple.

Is a specialty coffee revolution on the horizon?

Earlier this year, The Financial Times declared that a coffee revolution was brewing in Miami Beach.

The transformation, it claimed, has been spearheaded by Panther Coffee – a small-batch specialty roaster and coffee shop with all the features expected of a third-wave space. These include a wide-range of single origin coffees, good WiFi, floor-to-ceiling windows, and long communal tables with a generous supply of plug sockets.

Since its inception in 2010, its flagship shop in the up-and-coming Wynwood neighbourhood has been seen as a blueprint for how to “do specialty coffee” in Miami.

Part of Panther’s success is due to its recognition of coffee-drinking trends and its active efforts to cater to the population’s preferences.

Staying faithful to their core ideas but remaining flexible enough to understand their customers’ preferences have been the keys to Panther’s success,” writes coffee journalist Willona Sloan.

But is it the first sign of an oncoming tidal wave of specialty coffee brands?

“I wouldn’t say it’s a revolution,” Sergio says. “Some players have been around for quite some time, but there’s definitely more awareness by consumers of what higher quality coffee can be and about the intentionality behind it.”

He adds that respecting culturally ingrained consumer preferences and fostering communal spaces to share the coffee-drinking experience is key to driving demand for specialty.

“One thing that would likely be beneficial is for thought leaders – chefs, journalists, etcetera – to learn, showcase, and communicate the pros of higher quality coffee and, importantly, understand some of the ‘cons’ of generic commodity coffee, such as the very real ongoing poverty at the producer level,” he says.

Yet ignoring Miami’s coffee traditions and expecting it to adopt specialty coffee’s idiosyncrasies just because other regions have shows a clear lack of understanding, particularly of traditions. What it takes for a specialty coffee sector to bloom is for local brands to grow organically within the context of its rich coffee culture.

Blue Bottle and the like have done phenomenally well in San Francisco and New York. Maybe they should keep it that way.

Farewell to Miami: Why specialty coffee has failed in the Magic City