In the US, Latino brands are reclaiming the ‘specialty’ coffee narrative 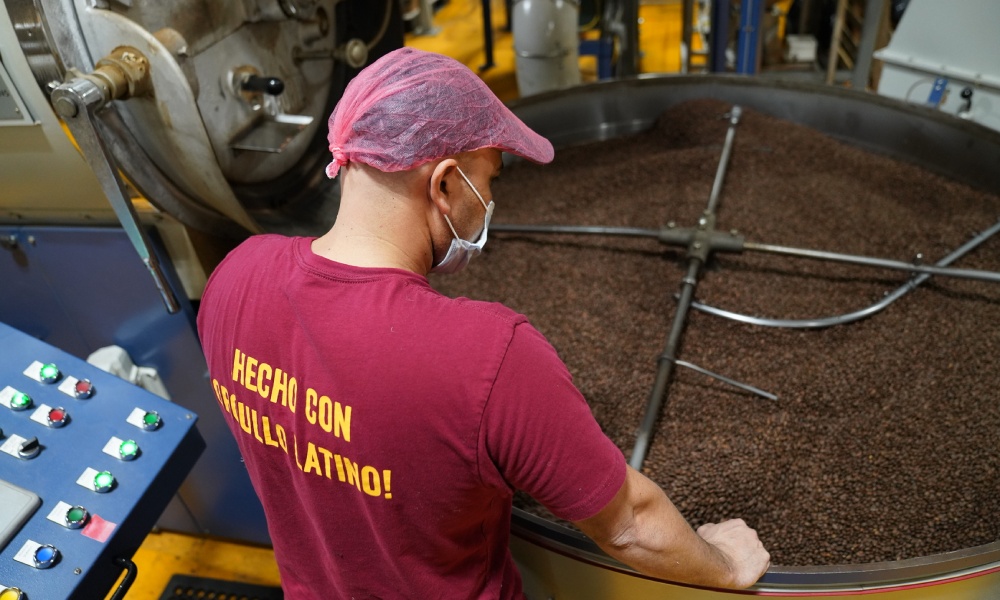 IN THE US, specialty coffee consumption is driven by Latinos.

According to the National Coffee Association’s most recent report, 63% of Latinos had consumed a specialty coffee in the past week, compared to 54% for Caucasian Americans and 43% for African Americans.

However, when it comes to those who serve specialty coffee, the picture is very different. According to Zippia, a market research company, nearly 70% of coffee roasters in the US are white, while just 13% are Latino.

And the disparity doesn’t stop there. Salaries for Latino roasters are estimated to be as much as $6,000 below their white counterparts, despite carrying out the same job.

Although the lack of Latino representation in specialty coffee isn’t unique to the US, it’s more striking given their population size: more than 60 million, or one in five people, are considered Latino in the US, making them one of the most important demographics in the country.

The white-led narrative around specialty coffee in the US therefore seems paradoxical. It is even more remarkable given the top two coffee exporters to the US are both Latin American: Colombia and Brazil exported some $3 billion of coffee in 2021 alone.

Only recently has this lack of representation become clear to many in the coffee industry and efforts to drive inclusivity have started gathering speed. Yet for some, it has been evident for decades.

The cost of exclusivity

When Martin Mayorga started his coffee company – Mayorga Coffee – in the 1990s, the concept of “specialty” was in its infancy. Certainly, “direct trade” and “organic coffee” were not priorities, and the idea of putting the producer first was almost unheard of.

But Martin saw things differently. Having grown up across several Latin American countries, including Nicaragua, Guatemala, and Peru, he recognised a number of glaring issues that few others could see – issues which have since become mainstream in the specialty coffee community. Among them was the fact that those with the most coffee knowledge were being kept out of positions of power and that producers were not being properly recognised.

“We have been pioneers in the coffee industry since the late 90s,” he says. “But we still don’t have enough Latin American representation in the specialty coffee market, which is odd given that so many of our countries are major coffee producers.

“Our people have been coffee experts for generations and we have knowledge and experience that hasn’t been tapped into. It is simply being ignored by the industry.”

Led by predominantly white American-owned companies, specialty coffee prioritised processing techniques over inclusion as the sector grew. Meanwhile, those like Martin who had the first-hand experience of coffee production were put in a position that made it difficult to be heard.

For example, in the early days of the business, he says he was forced to take “abusive debts” at 17% interest and higher just to get things off the ground. “I don’t come from money so it was very hard to get loans,” he says.

Yet this lack of Latino representation in specialty coffee has knock-on effects across the entire supply chain. In particular, it means the challenges and needs of producers are not being met, because the narrative is dominated by the voices of those who don’t have access to them.

“There is so much talk about supporting producers – but there is a miniscule amount of people who can truly understand them,” Martin says. “This has caused producers to be seen as ‘others’, which has led to tokenizing them as poor.”

“We need to have people who come from and understand coffee communities to be leaders in the marketplace so that we can drive change in origin countries.”

To this day, there is still some resistance to the emergence of a Latino-led narrative in specialty coffee. According to Martin, there continues to be a degree of “ignorance towards people of colour or those who come from different countries”, while many still assume Latinos will only drink coffee from “commercial-grade brands”.

However, the landscape is shifting, particularly in states with large Latino populations. Los Angeles, for example, has seen the rise of a number of third-wave coffee businesses in the last few years. This is helping to unlock expertise that has been built on over generations and bring greater visibility to Latinos at the consumer side of the supply chain.

Martin is similarly optimistic about future opportunities, not only thanks to the work of Mayorga Coffee who have a majority Latino team and buy directly from organic coffee farmers in Latin America, but also for others who arrive in the US.

He says that if Latinos can stay true to the authenticity of their heritage and avoid being sucked into a specialty coffee machine that whitewashes coffee, then success awaits.

“We’re definitely seeing more Latinos in specialty coffee,” he says. “The US is the greatest country for opportunity. You don’t need to be from a wealthy family to get an education or build a business. Of course, we immigrants and minorities have to work much harder than others – but there is a possibility of success. All we need is opportunity.”

Following a hugely successful event in Medellín, Producer & Roaster Forum will return to San Salvador between 16 and 17 March 2023.

The two-day event brings together thousands of coffee professionals and industry leaders from around the world, offering a unique opportunity to network, participate in workshops, listen to talks, and join roundtable discussions.

In the US, Latino brands are reclaiming the ‘specialty’ coffee narrative