The forecasts are wrong, India’s coffee industry is not growing 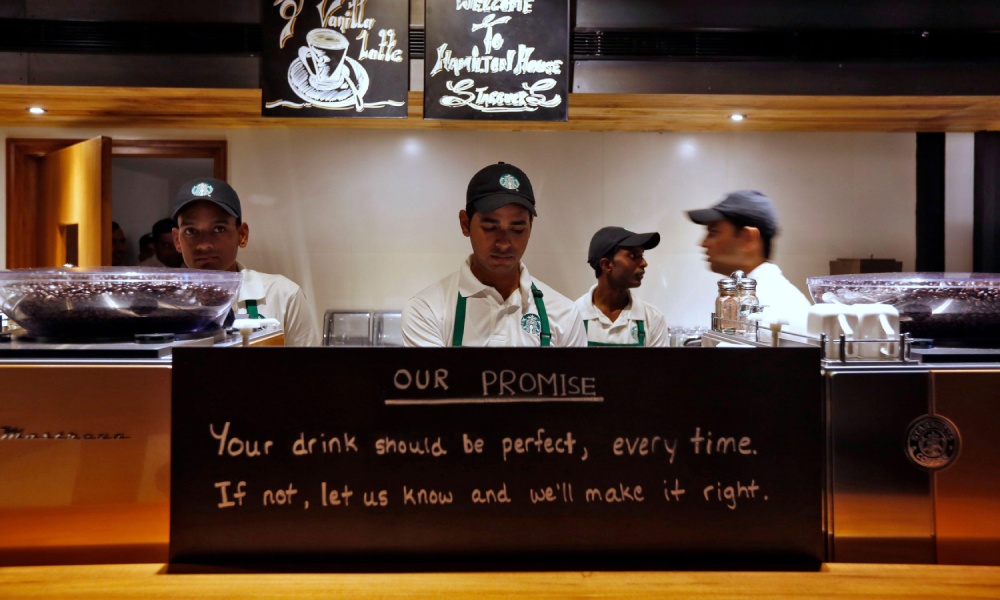 IT IS a frustrating time for coffee companies in India. A year that was expected to see coffee consumption finally take off has turned out to be another in which it has merely inched along.

Recent estimates put this year’s coffee consumption at 1.2 million 60kg bags across the entire country, representing just a 2.5% rise on the year before and 3.2% below the peak of 2019.

This is in spite of an expanding middle class and rapidly growing population, which is expected to surpass China as the world’s largest next year.

In response to the disappointing consumption figures, a number of big coffee chains are rethinking the way in which they position themselves in the market.

Popular US coffee chain Dunkin’, for example, overhauled its stores and revamped its menus late last month in a bid to attract younger consumers.

The company has struggled to replicate its success in other markets since opening its first store in India in May 2012. Dunkin’s franchisee, Jubilant FoodWorks Limited (JFL), cited a lack of profitability and operational inefficiencies for a wave of closures in 2018 that saw its store numbers cut in half. Its new menu includes a selection of “premium” coffees and cold beverages, which have proved the most popular segments among under 35s.

“Dunkin’ is embarking on a new journey, and will cater to ever changing consumer trends, offer more international choices, and move to cold espresso beverages,” said JFL’s CEO, Sameer Khetarpal. “The entire brand overhaul reflects our intent to be a young-at-heart, go-to coffee destination.”

For years now, there has been a general buzz around India’s anticipated shift from a tea-drinking society to one based on coffee.

Its 1.3 billion-strong population size is viewed as untapped potential for a lot of the world’s largest coffee brands, who want to be at the front of the queue when the time comes.

But it is taking longer than many expected. Like Dunkin, Starbucks, who partnered with local distributor Tata Consumer Products Ltd in 2012, entered the market expecting similar success to its Chinese ventures. However, a decade on, it is still reporting losses.

Most agree that the disappointing results largely come down to price. In India, tea is typically available for around five to 10 rupees per cup, whereas coffee is still considered a luxury.

Even street side vendors serving instant coffees will charge upwards of 15 rupees, while most items on Starbucks’ menu are priced at 200 rupees and above. As Indians tend to be price sensitive, they opt for tea instead.

This was reflected in a 2017 study by McCann Worldgroup, a marketing services company, which found that for every 16 cups of tea, just one cup of coffee is consumed.

There’s a feeling, then, that international coffee chains have misread the market. A higher disposable income doesn’t always correspond to a greater willingness to spend it on coffee, as India’s middle classes prioritise travel, clothing, and saving.

That said, Dunkin’s decision to streamline their focus on younger consumers may prove to be an astute move. Of all the demographics, it is the 18 to 35-year-olds who show the most interest in making coffee part of their everyday lives. And, ultimately, it is capturing that market which could be key to unlocking growth.

“For Gen Z and millennials, caffeine flows through their entire day,” says Aparna Sankar, a coffee roaster based in Bengaluru. “They need a good cup of coffee to start their morning and work.”

She adds that for companies to be successful, they must acknowledge the whims of younger consumers.

“As of now, Indian consumers are more focused on traceability and quality. Home brewing is the newest addition, with people investing in home brewing equipment and high-quality coffee.

“There is no doubt that coffee consumption will develop, particularly as the government is making efforts to promote Indian specialty coffee across the country in an interactive and experiential way.”

The forecasts are wrong, India’s coffee industry is not growing