Has the EU forgotten about smallholder coffee farmers? 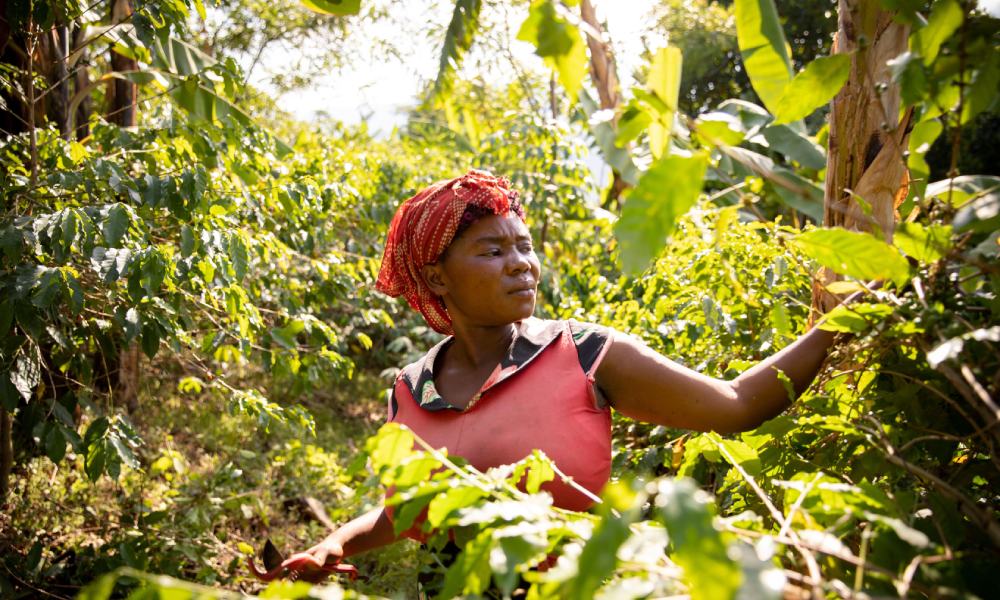 FOR SUSTAINABLE supply chain advocates, the European Union’s deforestation regulations for associated high-risk commodities, such as coffee, feel like a step forward.

Forming part of the EU’s plans to become climate neutral by 2050, known as the Green Deal, it involves mandatory due diligence rules for all operators and traders who place, make available, or export coffee from the EU market.

The regulations include a benchmarking system, which rates producing countries from high to low based on risk levels related to deforestation.

The assigned risk level determines what specific obligations and compliance requirements are for operators and member state authorities. And if operators fail to demonstrate the product is “deforestation-free,” they will ultimately be banned from the European market.

However, some worry the plans fail to consider the express needs of coffee producers, particularly those defined as “smallholders”.

“For the coffee sector, Europe is a very, very important market,” says Gert van der Bijl, senior EU policy advisor for Solidaridad. “Around 50% of all the coffee traded in the world market is going to Europe, which is different for palm oil or soy where it’s less than 10%, and suppliers can change to other markets.”

The requirement to provide the location where the coffee is grown, he says, presents a risk that companies will shift responsibility to the suppliers.

“It will be up to smallholders or their cooperatives to make sure that they have a system operating that is able to provide this information. In some regions that may be doable. For other regions and for other producers, it will be quite a challenge to say the least.”

While coffee growing is not explicitly a driver of deforestation, research by Sucafina, a European coffee trader, indicates coffee is frequently grown on land where deforestation occurs.

What’s more, according to a Forest Policy Trade and Finance Initiative Report, the top ten global producers of coffee emitted 21 million tons of CO2 in 2017 as a result of deforestation linked to coffee production.

The EU’s regulations focus on the demand side of commodities, meaning it seeks to discourage consumers from buying coffee related to deforestation.

Earlier iterations of the regulations had included commitments for more support and incentives for smallholder coffee producers to comply with requirements. However, these points are no longer visible, Gert says.

As such, Solidaridad, along with a group of other NGOs, have advocated for the legislation to be more inclusive for smallholders. The idea is that the legislation ensures that EU member states and producer countries work together to create a system to support farmers in the transition process.

“Companies who buy coffee should not simply pass down costs and requirements to the producers,” Gert says. “They should be obliged to support smallholder farmers to comply with requirements and remunerate their suppliers.

“We hope this legislation will be part of a broader partnership between producing and consuming countries to promote sustainable production. It can’t just be isolated regulation that simply sets requirements in the supply chain.”

Alejandra Caravjal, impact and quality coordinator of Solidaridad, works directly with producers to understand the pain points of sustainability. She says the legislation can potentially reinforce the advantages that some origins already have.

For example, while origins like Brazil might be able to easily comply with requirements due to bigger farms and more mechanised processes, Colombia, where 96% of farmers are considered smallholders, are more likely to struggle.

Roberto Vélez of the FNC expressed his own concerns during a recent panel discussion on the topic. “Do the legislators in consumer countries know that probably 50, 60 or 70% of the [Colombian] coffee regions lack internet, that they cannot connect?,” he said.

From January to March next year, EU policy makers are expected to float the final proposal. Once it is published and enacted, there will be an 18-month enforcement period. In the second half of 2024, the EU deforestation regulation will become law.

To make sure the deforestation regulation is inclusive to the needs of smallholder farmers, Gert recommends three things.

The first is awareness of the legislation and what is needed from suppliers to comply with requirements. Second, he urges for collaboration among all stakeholders in the supply chain to promote shared responsibility. This way, the costs and challenges fall evenly among all actors and those most vulnerable receive the logistical and financial support they need.

Finally, he suggests that EU policy makers conduct an assessment of the potential negative effects of the regulation on smallholders before it comes into force.

“I think that is something that should be done today or tomorrow,” he says. “And we should not wait when all the dust has settled.”

Has the EU forgotten about smallholder coffee farmers?