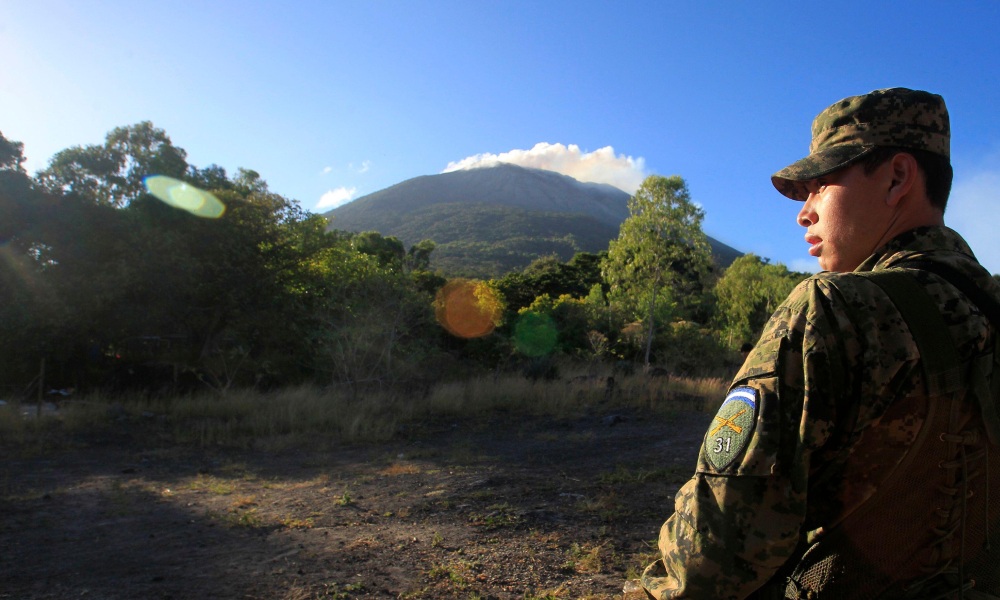 IT BEGAN showing signs of activity in mid-November – but it wasn’t until Sunday last week that Volcán Chaparrastique, an active volcano in eastern El Salvador, started launching rock and ash to its surrounding areas.

Now, authorities in the San Miguel department are advising residents to “be alert”, after preparing shelters, installing a command post, and extending the safety zone to a radius of 6km from the crater.

Although low on the volcanic explosivity index, a scale used to measure the intensity of eruptions, Volcán Chaparrastique’s latest activity is expected to have some impact on coffee production in the region.

“One of the most challenging things is that the beans are in the process of ripening, which means they are at risk of developing affectations. This is because emanating ash can limit the plant’s access to photosynthesis and oxygen – so what happens is it changes its priorities and goes into survival mode. When this occurs, it tends to stunt its growth and dry up the cherries.”

This is a worry for Salvadoran coffee producers who are typically paid by the weight of the cherries they deliver to the mill. “Low weights translate into losses for producers,” Guillermo says.

The last time Volcán Chaparrastique erupted back in 2013, coffee producers in the region reported widespread damage due to falling hot ash. Then, a 9km-high eruption column that had caused thick ash to bury several coffee farms. A report at the time estimated an 8% loss in yields – and many worry it could happen again.

However, on Wednesday, Sergio Ticas, the president of the Coffee Association of El Salvador (ACAFESAL), sought to calm fears by suggesting no damage had yet been reported.

“Right now there is nothing serious,” he told La Prensa Gráfica, “but we are listening to the recommendations of the General Directorate of Civil Protection. We are preparing ourselves as we prepared ourselves with the tropical storm. But then we already knew that it was a reality. In the case of the volcano, we know that it is uncertain.”

El Salvador, the host country for next year’s Producer & Roaster Forum, is home to 23 active volcanoes and Volcán Chaparrastique is considered one of the most active, having erupted almost 30 times in the last 500 years.

Although extensive studies on the relationship between volcanic eruptions and coffee production are limited, there are a few ways scientists believe it can have an effect.

In the short-term, the dispersion of hot ash on coffee plants can cause damage by clinging to its cherries, clogging up its pores, and affecting its ability to grow.

It can also gives rise to a “greenhouse effect” in which the local environment sits within a “cloud” of high humidity. When this occurs, it generates a breeding ground for La Roya, a deadly coffee leaf rust disease.

However, some studies suggest that a moderate amount of ash can be beneficial in the long-run by enriching the soil with nutrients.

An interesting case study on the topic is Indonesia, the home of around a third of the world’s active volcanoes and the fourth-largest coffee producer

A 2019 report on volcanic ash soul as a quality feature of Indonesian coffee found that two “weatherable” minerals present in volcanic ash, augit and hyperstein, contained nutrients that acted as carriers of both aroma and taste in coffee cherries.

It also found traces of the boron micronutrient which, by being absorbed, can aid the transportation of carbohydrates in plants and improve the quality of coffee crops.

That said, the success of post-eruption coffee yields also depends on other factors, such as the presence of nutrients (which vary from one region to the next), and the way in which the volcanic ash is mixed with the soil.

Guillermo also explains that many coffee producers don’t have the resources to wait for benefits that could take several years to come to fruition.

“A volcano in San Salvador erupted 100 years ago, and today you find these beautiful coffees grown nearby,” he says. “Similarly, 25 years ago, San Vicente erupted and now you have beautiful coffees coming out of there, too. But producers need money now. They don’t have time to wait and see what will happen in decades into the future.”