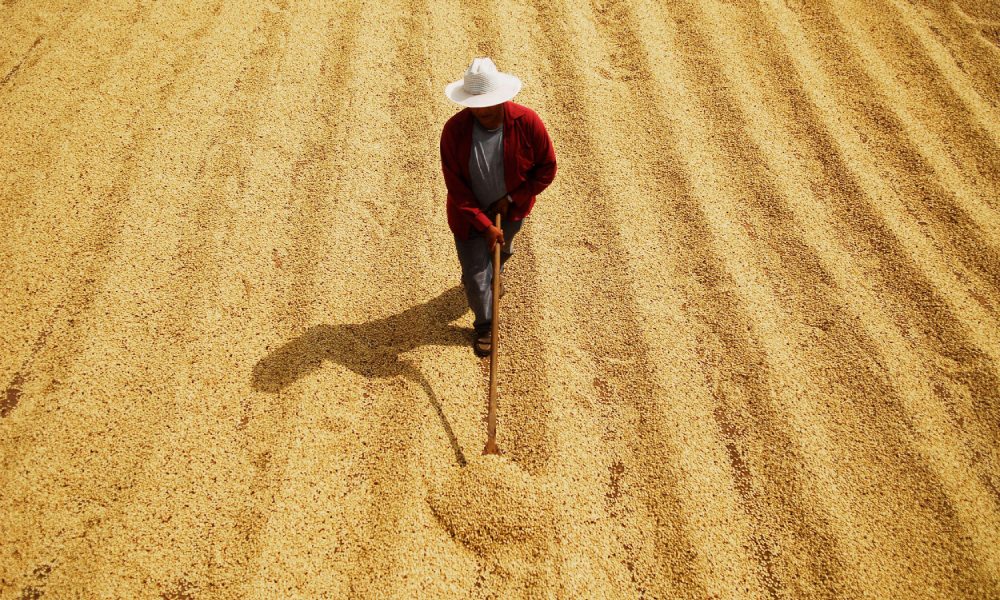 OVER THE last two decades, few coffee varieties have got buyers’ cheque books out quicker than Geisha.

Originating in the Gesha forest of Ethiopia, its ability to excite the modern-day coffee industry is unmatched. It has broken record after record at auctions around the world, with a recent seven-pound lot from Lamastus Family Estates selling for more than $42,000.

At the forefront of this trend has been Panama. Blessed with its volcanic soil, temperate climate, and proximity to both the Atlantic and Pacific ocean, it not only popularised the variety but considered to nourish Geisha’s delicate and highly sought-after cup profile.

Yet, unsurprisingly, a number of coffee farms outside of Panama have planted their own Geisha seeds in an attempt to replicate the success at auction.

Among them are coffee producers in El Salvador and, increasingly, Geisha varieties have appeared at the country’s annual Cup of Excellence auction. At this year’s edition, for example, a quarter of the top 20 ranking coffees were Geishas.

However, the prices they receive are typically low by Geisha standards. The two frontrunners both received more than $72/lb – a reasonable price for a coffee, but not even close to the eye-watering sums paid for Panamanian Geisha the same year.

Pacamara, on the other hand, a hybrid coffee variety created specifically for El Salvador’s coffee farmers, has historically done well. In 2020, Divina Providencia, located in northwest El Salvador, fetched more than $80/lb for its lot of Pacamara, and on average, it receives up to double the amount of Bourbon.

This has raised some questions. In particular, if El Salvador wants to gain the global recognition of Panama as a “boutique coffee origin”, why does Pacamara still make less than 3% of the country’s total production?

Ángel Cabrera doesn’t like being called “The Father of Pacamara”, but it’s a label that’s stuck.

In the 1970s, the Salvadoran agronomist worked alongside a team which ran tests on an obscure hybrid coffee variety – a mix of Pacas and Maragogipe.

The result, Pacamara, failed to inspire coffee farmers at the time. The price of coffee on the C market was enjoying historically high prices and few saw a reason to change their crops for a variety that “sounded good”, but was basically unknown. What’s more, some believe it may have been released before it had time to fully “stabilise”.

According to Ángel, widespread political unrest also affected its acceptance. “The civil war in El Salvador compromised Pacamara’s popularity,” he says. “It was practically an unknown variety for coffee farmers.”

However, as the political situation steadied in the early 1990s, the variety enjoyed renewed interest. A number of farmers across El Salvador began planting the variety, particularly in the northern region of Chalatenango, with its distinct “tropical” flavour notes and good acidity attracting widespread attention. Domestic coffee organisations also took note.

“After the peace agreement in Central America was signed, some coffee farmers decided to re-evaluate Pacamara,” Ángel explains. “They appreciated the variety because of its good-sized beans and beautiful composition. It was also around the same time that the Instituto Salvadoreño de Investigaciones del Café transitioned from a government body to a private entity known as Fundación Procafé.”

Pacamara performs best at high altitudes with dry, cool climates regulated by shading. Its resistance to wind and tree size makes it easier to be harvested in steep terrain, while it is typically planted in clay soil. This makes it particularly well suited to El Salvador’s growing regions.

This is in contrast to Panamanian Geisha, which demands volcanic soil, cloudy weather, and a high level of precipitation for optimum growth.

Both varieties have adapted to their particular environment successfully, creating unique individual backgrounds for the finished products. But that doesn’t mean it will adapt to a new environment.

“If El Salvador makes a similar effort as Panama with Geisha, I believe it could achieve more acceptance in the international market as an exotic variety,” Ángel says. “Chalatenango is definitely on a similar path to Boquete in Panama.”

However, there are reasons that Salvadoran farmers continue to jettison their home-grown variety.

Yet most agree that it still has obstacles to overcome before it stands a chance of becoming the country’s “Geisha”.

For one, not everyone who grows Pacamara achieves the same results. The mixed quality of seeds means that some are less stable than others, which can give rise to unpleasant characteristics. Some have even reported a strong, onion-like flavour.

To mitigate this, efforts have been directed at purifying Pacamara lots. But its instability means there are often regressions.

The Salvadoran state has also played a role in stunting the potential of Pacamara production. In 2012, following a devastating outbreak of coffee leaf rust across Central America, the government began pushing Catimor, a hybrid variety that offers high yields together with disease resistance. As a result, internal promotion of Pacamara all but vanished.

This, together with the lure of Geisha’s astronomical prices, has been responsible for keeping Pacamara back.

However, all is not lost. The way forward, according to those who have seen the benefits of Pacamara production firsthand, is collective action.

“The propagation of Pacamara in El Salvador as a national variety is not an individual effort,” says Jorge Raúl Rivera, who owns Santa Rosa, a coffee farm which received the highest price for Pacamara at auction.

“It needs to be collective. Panama’s private sector successfully managed this with Geisha, and I celebrate the results obtained by a group of coffee producers with an authentic compromise to progress, willing to support each other and aiming to grow together.

“Panamanian producers promote and ‘make noise’ about Geisha worldwide. The Salvadoran government could help as a liaison between different sectors to support coffee production in a coordinated effort as a team.”

Education can also help. Teaching farmers about choosing the best varieties for their land, rather than what fetches high prices at international auctions, could help them plan for the future.

“Overall it is not a matter only of Pacamara or Geisha,” Jorge says. “It is a matter of finding each country’s varieties ‘terroir’ and searching for the optimum conditions for sustainable production. That’s what should be rewarded with high prices.”