Juan Valdez Café: Does the chain have a future abroad? 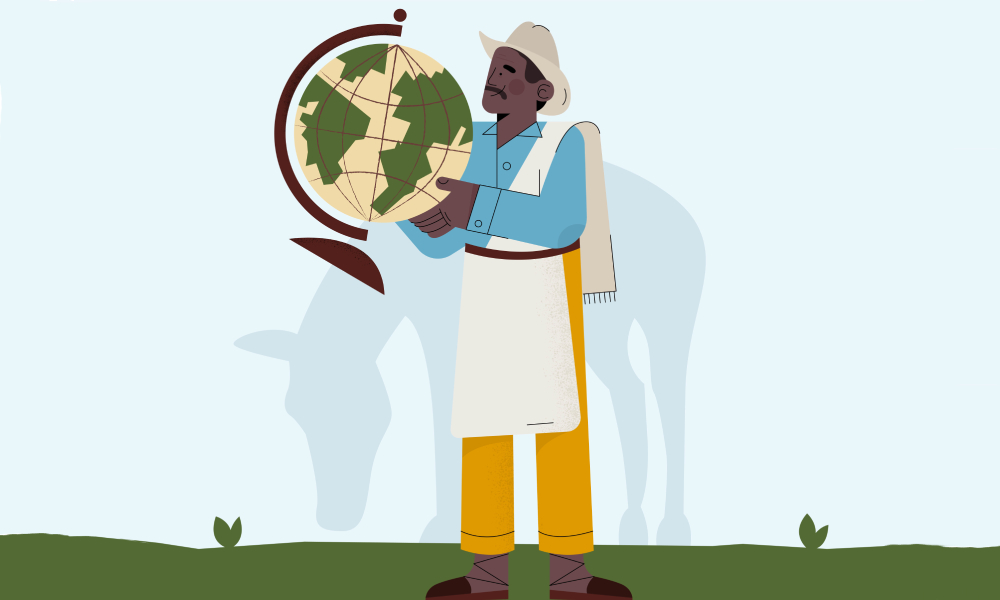 Home Depot failed to inspire a DIY revolution in China like it hoped. Tesco, a UK supermarket, blew $1.8 billion trying its luck in the US. And Starbucks proved too expensive for Australians, who either closed or handed over all 85 of its stores by 2014.

The image of Juan Valdez transformed Colombian coffee on the global market when it was created by the country’s national federation of coffee growers (the FNC) in the 1950s.

Using an actor to play Juan and a real-life donkey as his loyal sidekick, the federation ploughed millions of dollars into branding and TV commercials aimed at a US audience. It created an aura around Colombian coffee as being far superior to other origins, which has lasted for decades.

“The first campaign showed some photographs of a coffee farmer wearing a hat, a mule behind him, and some small bags of Colombian coffee on the mule’s back that read: ‘Colombian coffee’,” says Eduardo Libreros Dávila, a former FNC employee. “It was all about getting Colombia recognised as an origin.”

However, the purpose of the Juan Valdez marketing campaign was always to attract a foreign market. Now, as the FNC and Procafecol continue to internationally expand its portfolio of wildly successful “Juan Valdez Cafés”, many wonder whether a business born in Colombia for Colombians can thrive.

The rise of Juan Valdez Café

In the late 1990s, the price of coffee on the international market hit rock bottom.

Recognising the need to diversify and raise domestic coffee consumption in response, the FNC created a private company, Procafecol. The idea was to purchase coffee from the federation’s members and sell it to Colombians through its own brand of cafés.

The first Juan Valdez Café was opened in 2002 in Bogatá’s El Dorado airport, and was shortly followed by others in Medellín and Cali.

Although it led with its Juan Valdez character, the initial purpose of the cafés was not to elevate the status of Colombian coffee abroad, but to raise both the quality and quantity of consumption at home.

It took a few years to gain traction. But, since 2012 it has posted double-digit growth each year. Between 2009 and 2014, internal coffee consumption soared by a third in Colombia, compared with 15% globally, with a large portion of out-of-home sales stemming from Juan Valdez Cafés. And by 2020, it had more than 220 stores.

This success didn’t go unnoticed by Procafecol, who drew on the momentum in 2011 to venture abroad. Panama and Aruba were its first stops, with the former’s cultural affinity to Colombia and the latter’s high coffee consumption rates making them obvious choices for expansion.

By the end of 2015, Juan Valdez was celebrating the opening of its 100th store abroad, having launched across Latin America, the Middle East, Asia, the US, and Europe.

Last year, the chain entered the Netherlands, its 14th market, via the supermarket Jumbo, which has 400 selling points across major cities. The brand’s positioning in the Netherlands was seen as a strategic move to strengthen its foothold in Western Europe.

“Strengthening our presence on an international level and entering a new market like the Netherlands allows us to bring the best of our country to new palates,” said Procafecol’s international vice president, Sebastián Mejía.

Evidence for the enduring strength of Juan Valdez Café in Colombia is its ability to bat off the challenges presented by competitors. Starbucks, which launched in the country eight years ago, still has fewer than 50 stores across the country, while Tostao Café y Pan, a Luckin Coffee-esque chain, imploded during Covid-19.

This is at home; but it has done well abroad too. Shortly before tying up a deal which will see further expansion into the Middle East, including Saudi Arabia, Oman, and Yemen, it announced plans to open a further 182 stores across Florida by 2025.

Harm Jensen, the founder of small roaster and coffee wholesaler Kinti Coffee, who partnered with Juan Valdez to facilitate its entry into the Netherlands, says a significant part of the chain’s success comes down to timing.

“[In the Netherlands] it came at a time when the brand wanted to focus on new markets and shift to retail after facing the challenges of the pandemic,” he explains.

“It’s a stable market, but the interesting aspect is that more commodity coffee is replaced with specialty coffee. So people drink less coffee, but more high-quality coffee.”

For Juan Valdez, who are still benefiting from the positive perceptions of Colombian coffee cultivated in the 1970s, it is an opportunity to present themselves as offering “better” quality  drinks than other chains, such as Starbucks and Costa.

As a company that prides itself on its partnership with Colombia’s coffee farmers, it has also been able to lead with the narrative of “giving something back” to the farmers with each sale. To this day, it describes itself as “the only major coffee brand that belongs to coffee producers”.

“The face and mission behind Juan Valdez are great,” Harm says. “And it has already existed for decades. It is unique when you compare it to Starbucks or any other brand because it immediately relates to the farmers.”

However, some believe that the strength of the Colombian identity is becoming increasingly diluted. A recent partnership with World Franchise Associates (WFA) as part of its plan to accelerate international expansion through franchising has only furthered this impression.

Gérman Mesa, a Colombian coffee expert, believes that Juan Valdez Cafés’ ability to hold onto their Colombian identity will be the make-or-break aspect going forward.

“Juan Valdez has all the elements to be incredibly successful,” he says. “But it is vital that they are aware of and maintain the brand concept and the products’ flavours that help them stand out.

“The key is for Juan Valdez to complement the selling of this experience in the stores, explaining the storyline of coffee in different zones in Colombia. Fundamentally, it needs to maintain the essence of what makes Colombian coffee important.”

Juan Valdez Café: Does the chain have a future abroad?