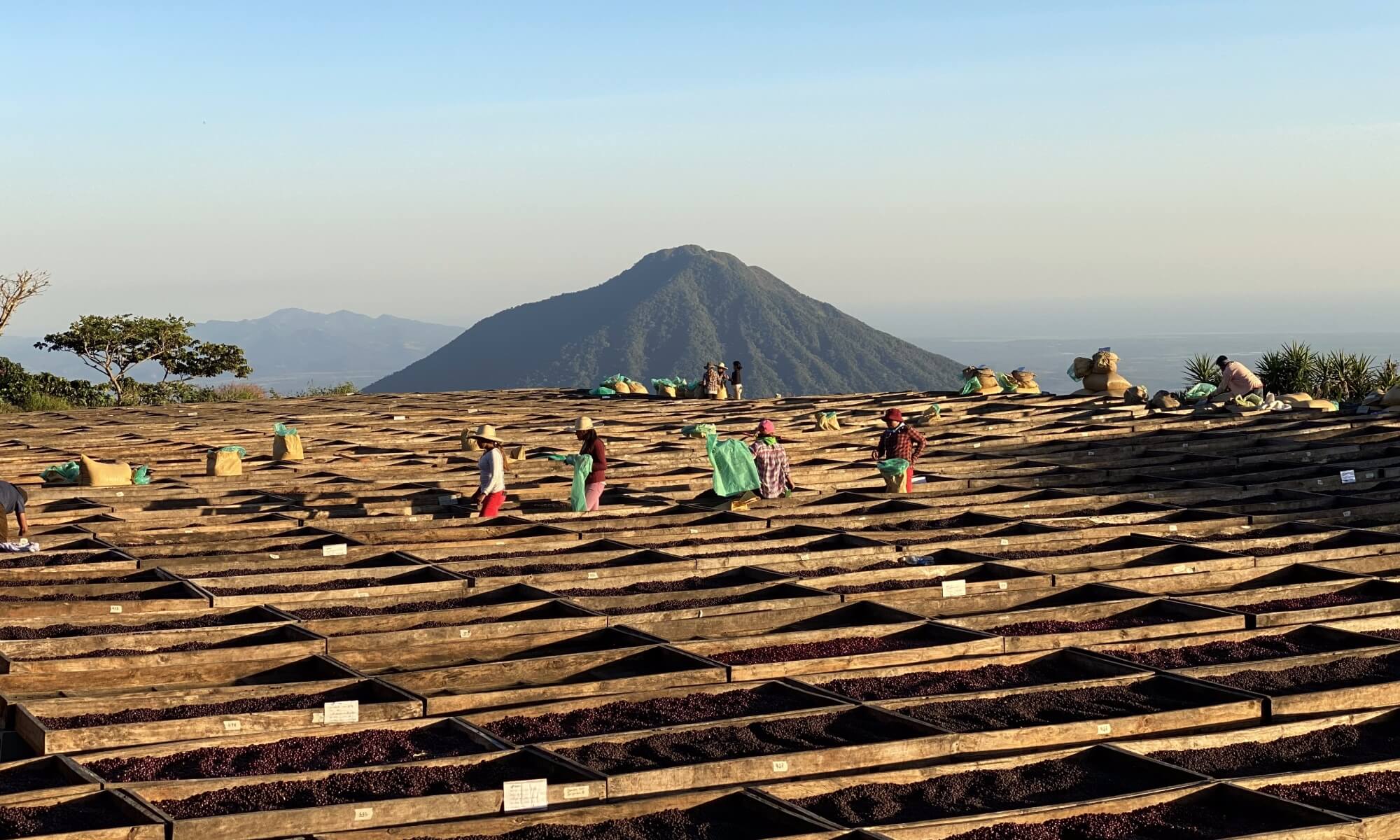 IN EL SALVADOR, where coffee farms are generally smallholder and family-run, younger generations grow up knowing that one day they will take the reins from their parents.

Many of their formative years are spent learning about how to tend coffee trees, sort harvested cherries, and operate a chancador – or a depulping machine.

The instincts they have and the knowledge they apply are almost always the result of decades of experience and fine-tuning from the generations before them.

However, the transition is not always seamless.

Today, young farmers face a whole host of new challenges, from climate change to a disillusioned labour force. With no instruction manual to draw on, many are having to find solutions through trial and error, while others have to make difficult choices about whether they keep the farm going at all.

Diego Baraona is a fifth-generation coffee producer and the owner of Finca Los Pirineos in the Tecapa Chinameca region of El Salvador. Like most of his neighbours, he was born and brought up on a coffee farm, and became involved in its day-to-day running from the age of 14.

He moved to Barcelona to study and work as a business consultant until Covid-19 changed everything.

“I didn’t see myself being a coffee producer at the age of 25,” Diego says. “But my father passed away and I was left with a big choice: to do my own thing or return to El Salvador to pursue my father’s legacy. In the end, I decided to take on the challenge and go back to coffee farming.”

By the time Diego returned to El Salvador in late 2020, the country’s coffee-producing sector was in turmoil.

Like other coffee origins, the pandemic had thrown up deep set logistical issues that drove up costs of production and made exporting coffee increasingly difficult.

Producers needed to pay money upfront for services such as transportation – but, with the international market facing uncertainty, buyers and traders were buying more cautiously.

Fears around spreading Covid-19 also led to a reduction in the availability of farm workers to carry out coffee cherry picking and post-harvest processing.

“Covid brought this wave of big, big problems,” Diego says. “I inherited a lot of debt and it was hard to manage that debt on top of rising costs.”

Climate change, and the problems it brings, has also continued to be a large thorn in the side of young coffee producers.

Outbreaks of La Roya – a devastating coffee plant disease – have led to a sharp drop in yields since the turn of the century. Between 2000 and 2018, El Salvador’s coffee exports fell from 3.3 million quintals to 748,000 quintals, according to the Ministry of Agriculture and Livestock.

“They can develop diseases such as leaf rust, and these spread and can infect other farms in the area,” Diego explains.

Farmers in origins such as Colombia, Guatemala, and Peru are being forced to adapt by planting at higher altitudes. But for many smallholders in El Salvador, the costs involved are prohibitively expensive.

Against this backdrop, it is not surprising that some young people decided to leave the family business, leaving El Salvador with a depleting coffee production workforce. But the ones who have stayed – or returned like Diego – are determined to find ways of getting through it.

Estimated to cost around $400 million, its goal is to spearhead “a conscious transformation of the coffee industry, which is hoped will not only halt the sector’s decline, but “build a sustainable industry into the future”.

Among its ambitious plans, it aims to roll out 24 million rust-resistant plants over the next five years and to adopt coffee under shade in agroforestry systems.

Immediate results have been difficult to assess, with the scheme not expected to reap benefits for a number of years.

Official this year figures show that the export value of Salvadoran coffee has increased by 30.7% compared to the average price for last season’s harvest, although problems in the supply chain caused export volumes to contract by 4.3%.

Diego believes that in addition to government support, young farmers must also change the way their farms operate.

To do this, however, he says younger generations must be given the freedom to make whatever changes, whether that means diversifying land or planting new varieties.

“Young people want to do things their own way, but they are not always given full autonomy, which creates a clash with their parents.

Indeed, young coffee farmers have a lot to gain from the experience of previous generations. And a long history of farming is also an advantage for gaining market trust and developing – or continuing – a brand.

“I am building on what my father built and what my grandfather built,” Diego says. “It adds value and reputation – it’s part of our story.”

Indeed, Los Pirineos continues to produce impressive coffees that attract buyers from all over the world. Despite the turbulence of the last few years, it has maintained its reputation for producing some of the world’s best Pacamara lots in particular.

As for whether he made the right decision in leaving Barcelona and returning to his family’s farm, he’s faced some difficult moments and expects many more to come. But, ultimately, he’s happy he came back.

“My life changed drastically,” he says. “It’s been really hard, there have been lots of obstacles. But it has also been really rewarding. I’m confident that I made the right decision.”

Los Pirineos is a Host Sponsor at next year’s Producer & Roaster Forum in El Salvador.

Following a hugely successful event in Medellín, Producer & Roaster Forum will bring together thousands of coffee professionals and industry leaders from around the world, offering a unique opportunity to network, participate in workshops, listen to talks, and join roundtable discussions.
Don’t miss out on the world’s largest producer-focused coffee event. Register for tickets today.