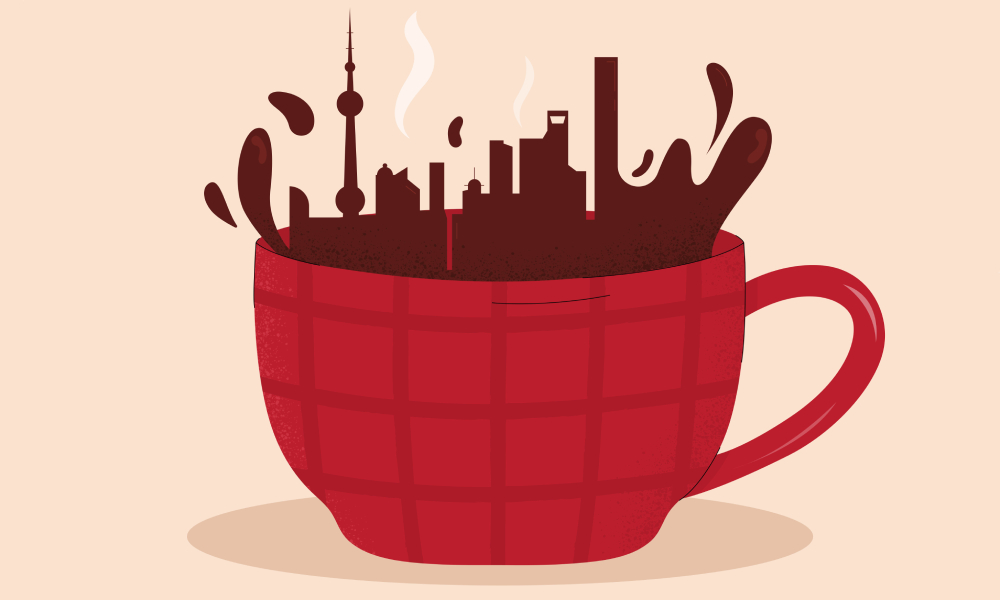 THERE WAS no mistaking the Global Times headline: “Shanghai becomes coffee capital of the world”, it read, “with 7,857 coffee shops across the city.”

The total number of coffee shops in the Chinese metropolis had indeed surpassed the likes of New York, London, and Tokyo. Shanghai was now officially home to an astonishing 3.16 coffee shops per 10,000.

It was a new landmark for Shanghai, which had seen its first coffee shop open nearly 200 years ago.

But it came as little surprise to those who knew the city as one that has not only developed at breakneck speed over the last few decades, but has coffee firmly embedded in its DNA.

Since the turn of the century, the number of coffee shops in Shanghai, both domestic and international, has exploded.

In 2000, Manabe Coffee, a Japanese brand that came to the mainland in 1997, sparked a coffee boom, which saw the arrival of the city’s first Starbucks in Lippo Plaza on Huaihai Road (the company had launched its first in China the year before in Beijing’s World Trade Center).

In 2002, DIO Coffee, a local brand of Shanghai, opened its first café in Qingpu District and, around a decade later, numerous Shanghai-based coffee brands followed, including Seesaw Coffee, Manner Coffee, and M Stand.

The speed and size of expansion, which has wowed global observers, is typically attributed to a growing demographic of young, middle class consumers with an interest in Western habits.

However, similar stories of coffee market growth haven’t yet been recorded in other Chinese cities, such as Beijing and Guangzhou. So why has Shanghai become the country’s de facto coffee hub?

Shanghai of the 1990s was characterised by a period of massive redevelopment. Infrastructure projects proliferated, from the building of the Oriental Pearl Tower to the iconic World Financial Center, each one bringing a spike in the city’s population size.

Then, in 2015, Shanghai attracted international attention when it became the first Chinese city to break rank with the government’s official economic growth targets.

After years of obsessing about the rate of economic growth, state policymakers began to shift their attention towards quality and how to bridge the gap between the city’s richest and poorest.

As a result, Shanghai evolved into China’s “showpiece city”, reflecting the start of the country’s global age and revealing a booming economy.

“The rapid emergence and explosive growth of the Chinese middle class is one of the world’s most stunning developments,” writes Cheng Li, a director at John L. Thornton China Center.

“At the heart of this story is Shanghai. Nowhere in China has this new socioeconomic force been more transformative – and more intriguing – than in this pace-setting city.”

Recognising Shanghai’s cosmopolitan status, the government has used coffee as a tool to further enhance its image on the world stage. Coffee consumption has long been a symbol of rising prosperity, representing the young, “hip” middle class who have higher disposable incomes and are more open-minded to Western influences.

Consequently, coffee festivals, culture weeks, and cupping events have sprung up, which have helped to drive innovation and create a buzz around the city’s local coffee companies.

It has fostered the growth of boutique Chinese brands in particular, which tend to cater to a wealthier band of consumers. More than half of the cafés in Shanghai fall into this category, with many in the Huangpu District, an affluent neighbourhood containing more than 38 cafés per sq km.

“Café customers are concentrated in the morning and after lunch, mostly white-collar workers,” says Wang Shuosen, who runs the café, Yanyi Coffee in Shanghai. “But, of course, there are also some people in Shanghai with a slower pace of life who tend to come to the café at 4pm to relax and enjoy themselves.”

What does the future hold?

It has become an outward symbol of a thriving middle-class, which now constitutes up to 91% of Shanghai’s population.

China’s other megacities, such as Beijing, Shenzhen, and Guangzhou, are expected to follow Shanghai’s lead as they undergo similar economic development in the coming decades and per capita income continues to rise.

However, not everyone believes it will be reflected in the form of coffee shops.

A report from Huxiu, a Chinese business information platform, indicates that the crippling effects of lockdowns have prompted coffee brands to look more closely at store cash flow and the impact of rent on profits. The government is also showing few signs of letting its ‘zero-Covid’ policy slip, an approach that has seen different areas of the country locked down intermittently.

This has driven many to turn their attention on the potential of at-home coffee consumption, rather than expanding their coffee shop portfolios.

“Guangzhou’s coffee scene is second only to Shanghai because the city has a strong food tasting culture and a strong lifestyle atmosphere,” Huang explains. “But the direction of future expansion of the market is homemade coffee.”

Indeed, there is a growing population of people who make their own coffee at home. Between 2016 and 2020, the market value of coffee machines in China is steadily increasing, reaching 957 billion yuan ($133 billion) in 2020, according to Statista.

“Since 2013, sales of roasted coffee beans from online sales channels have increased significantly,” says Hu, a roaster at Goutoujia, a coffee bean roasting company in Shanghai. “Our records show that there are hardly any provinces with zero sales.”

If this trend continues to develop, Shanghai could see its coffee shop numbers begin to fall – or at least their growth slow as businesses adapt to changing consumer habits.

But with the value of China’s coffee industry still expected to exceed 1 trillion yuan by 2025, Shanghai’s status as the coffee shop capital of the world looks safe for the time being.