Consolidation is an escape route for disillusioned coffee farmers 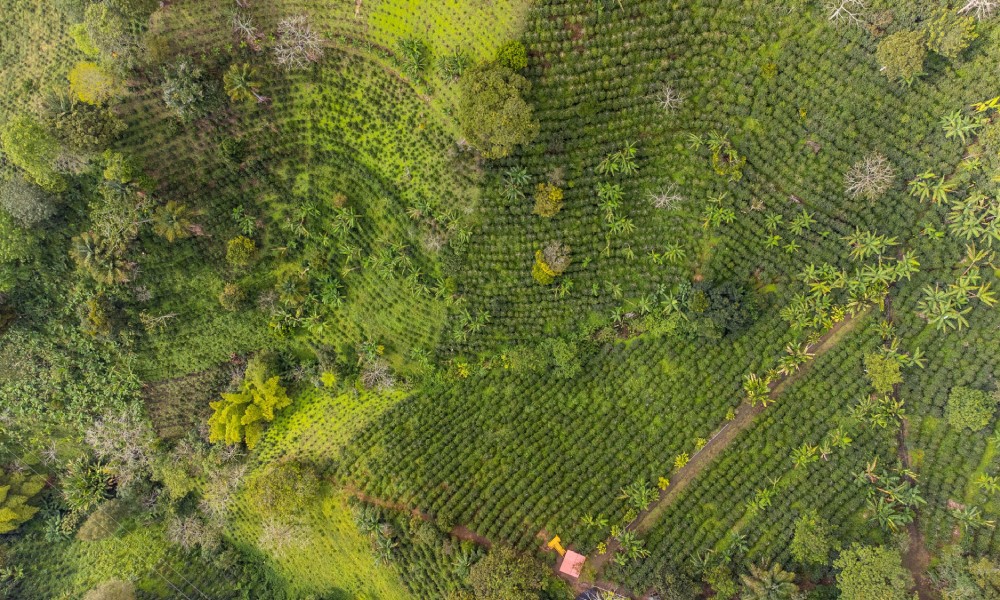 IN THE coffee industry, acquisitions and mergers are big business.

Swiss food giant Nestlé spent nearly half a billion dollars acquiring a majority stake in Blue Bottle Coffee in 2017. A year later, the Coca-Cola Company spent close to $4bn on Costa Coffee. And JAB Holding Company has been on an acquisition spree since as early as 2012, splashing an estimated $50bn on the likes of Intelligentsia, Peet’s, and Stumptown.

However, the spending frenzy hasn’t been limited to consumer-facing businesses. Consolidation of coffee farms has also become widespread, as rising costs of production and a fragmented supply chain make growing coffee increasingly challenging.

While it differs somewhat from buying up a café chain or an instant coffee brand, the fundamentals are the same: the farmer’s land holdings come under the ownership of a single enterprise, which can leverage its expertise, capital, and economies of scale to help generate income.

This has happened to some extent at origins around the world, from Southeast Asia to South America – but it has typically occurred in countries where centralisation is less prominent.

Cole Shephard is the founder of Green Coffee Company (GCC), a coffee farm group which owns 14 farms across Colombia. In July 2022, it was called “the world’s largest arabica producer” after acquiring an additional 1,389 acres of coffee farmland and hit headlines in September when it launched a $100m Series C funding round to open US roasting facilities.

Cole says he saw potential for coffee farm consolidation in Colombia after analysing an initiative by the country’s Federation of Coffee Growers (FNC) that had struggled to get off the ground.

“About 50 or 60 years ago, the FNC decreed that every coffee grower should have their own processing facility, known as a wet mill,” he says.

“It sounds great, because everyone will have their own business. But what happened is that once the facility was established, a lot of the farmers didn’t have the capital or the resources to re-invest in the infrastructure. So their quality started to suffer and you started seeing all these defects appear.”

The idea behind GCC was to centralise the efforts of several farms and provide state-of-the-art infrastructure. But Cole also says that the aim was to bring back the “best and brightest” in coffee production.

“A lot of people are not attracted to coffee growing these days – they would rather be investment bankers, lawyers, or work for Google,” he explains. “We don’t always get the best and brightest because people are incentivised by capital – they want to make money.

“Having the capital to pay the best minds in the coffee industry has always been an issue. For consolidation to succeed, you have to create a whole ecosystem around the enterprise, and the social aspect needs to be developed.”

At first glance, the consolidation of coffee farms can look similar to a cooperative: producers pool resources with the aim of improving quality and boosting collective bargaining power through economies of scale.

For example, around 90% of all coffee producers in Kenya belong to a cooperative, which controls everything from the operations and processing to finances and marketing.

Within the cooperative, members typically pay a fee that is then reinvested into the community, with a certain percentage of the group’s profits often put towards serving the needs of the producers.

However, on closer inspection, consolidation differs significantly from the cooperative model. For one, it is driven by the pursuit of profit and return on investment, unlike a cooperative which acts as a non-profit with the focus instead on producer wellbeing.

This goal informs the targets of consolidation, which are typically large estates rather than smallholders. And instead of looking to better the outcomes of their coffee, Cole says that the owners of these estates are, in many cases, actually looking for a way out.

“We usually buy from wealthy landowners who don’t want to be in the coffee industry anymore,” he says. “They’re at a point where they don’t want to invest capital or innovate – so it’s not a real business.”

In the case of GCC, these large estates then form part of a consolidated supply chain that involves everything from production through to roasting and retail, where the largest chunk of profit is made.

The group has total control over the process, which can help with factors such as consistency and quality assurance. However, as a result, the landowners give up their autonomy over decision-making.

There’s also the question of risk. While it works for an outside organisation with considerable investor funding, if a group of smallholder farmers were to get together and do something similar, they would be putting their entire livelihoods – and possibly that of their families – on the line.

“If 20 farm owners were to band together and create a corporation, like GCC, but then they fail for whatever reason, they could lose everything,” Cole says. “It’s a massive capital risk.”

As the effects of climate change worsen and costs of production soar, coffee production has become an increasingly difficult sector in which to exist.

For smallholder farmers, cooperatives offer support and the benefits of collective action. However, they are not without their problems.

In 2019, environmental journalist Richard Schiffman predicted a trend towards consolidation in which “only the most efficient coffee producers can stay in the game”.

To him, consolidation is an escape route out from the challenges of surviving amid negative global shocks and expensive costs of production. The migration of younger labourers to higher-paying jobs in the cities and abroad is also a factor.

He also believes it could help farmers successfully meet the challenges of climate change and keep pace with future threats.

However, widespread consolidation, at least in Colombia, is unlikely, according to Albert Scalla, senior vice president of trading at StoneX Group Inc.

What’s more, some are sceptical about the long-term effects of giving up control of farms to a large company with headquarters in the US and big investors to pay.

Indeed, the Columbia Center on Sustainable Investment forecasts that as consolidation ramps up, the industry could see a drop of variety in origin and a loss of smallholder knowledge.

In that sense, providing they overcome their flaws, cooperatives could continue to play a pivotal role in the future of coffee production.

“Coops form an integral part of the coffee business, providing the services that all producers need in a personalised and specialised manner,” Albert says.

Consolidation is an escape route for disillusioned coffee farmers