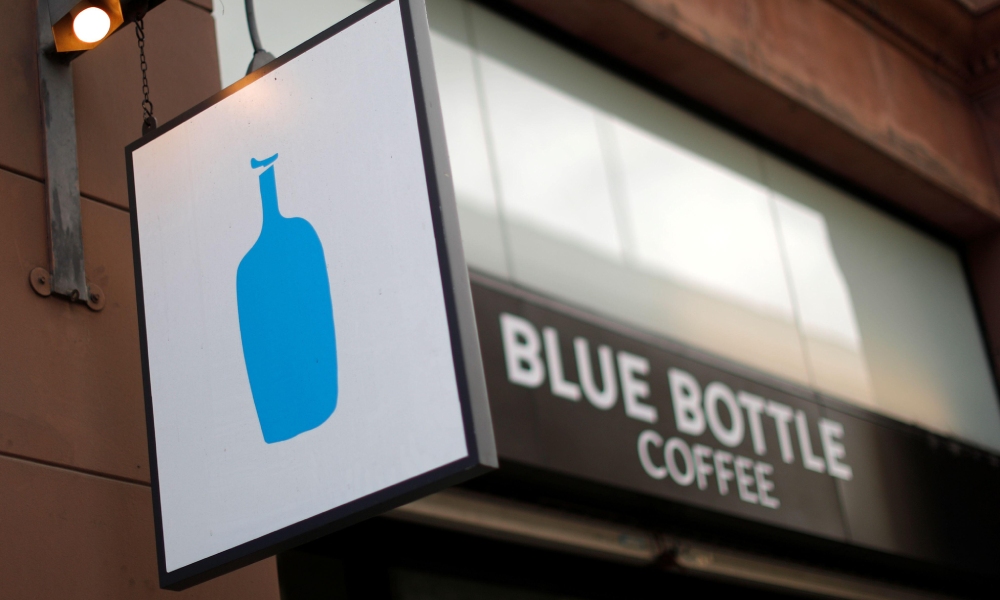 BLUE BOTTLE COFFEE, the US specialty coffee chain once hailed for its innovative approach to freshness and flavour, has released a premium instant coffee.

According to the California-based company, the product was three years in development, and does away with the need for “expensive coffee machines and time-consuming brewing methods”. Blue Bottle said it had drawn on 20 years of experience in sourcing, roasting, and brewing to “reimagine the instant process”.

Craft Instant Espresso is the brand’s first soluble coffee product in the US. It comes five years after Swiss food giant Nestlé acquired a 70% stake in Blue Bottle for a reported $425 million.

“We didn’t think instant coffee at Blue Bottle standards was possible,” Benjamin Brewer, the company’s senior director of global innovation and quality, told FoodDive. “But our initial experimentation with soluble proved the path to instant could be something moving and inspiring for our guests, if handled correctly.

“It was important for us to own the process from start to finish so that we could ensure our high-quality standards were upheld every step of the way.”

Founded in 2002 by James Freeman, Blue Bottle was seen as a pioneer in third wave coffee in the US, with its commitment to serving coffee “no more than 48 hours after roasting”. Its minimalist stores and Japanese-inspired pour-over brewing methods helped attract a cult following around the world.

Today, it operates more than 100 stores across the US, Japan, China, South Korea, and Hong Kong. It also sells coffee and brewing equipment directly to consumers via its online shop.

However, Blue Bottle’s decision to launch a branded instant coffee has come as a surprise to some in the industry, particularly those who have been predicting a “fourth wave” in coffee.

Instant or soluble coffee is typically associated with the “first wave” of coffee, which began in the 19th century. This period saw a focus on convenience and quantity over quality, and was around the time when coffee became commodity-driven.

As such, Blue Bottle’s latest move has been posited as sure-fire evidence that the coffee industry is going full circle. However, according to venture capitalist and Destination Coffee Club founder, Brad Kellmayer, it also depends on the lens through which you view the sector.

“Buying habits are changing,” he says. “The convenience curve of the youth demographic is looking at changing work-life balance and the trend towards instant gratification – also known as instant coffee.

With Nestlé pulling the strings behind the scenes, it’s clear that Craft Instant Espresso is an attempt to break into the immensely lucrative premium instant coffee market, while maintaining Blue Bottle’s outward commitment to quality.

Estimated to be worth tens of billions of dollars, the global instant coffee market is an area that Nestlé understands well, having launched its iconic powdered coffee product, Nescafé, in 1938.

Craft Instant Espresso, which was developed in Nestlé’s R&D facilities, can therefore be seen as an astute step in scaling the Blue Bottle brand and ensuring a return on their 2017 investment.

“By getting their brand onto the shelves in the kitchen of coffee drinkers at home, it gives them the opportunity to upsell other products and accessories,” Brad explains. “I see a situation in which instant coffee is consumed each morning with a quick-fix breakfast and, when the weekend arrives, consumers take more time to prepare and consume their morning meal and enjoy a higher quality coffee, where the grinding and brewing becomes an enjoyable weekend experience.”

However, there is also a nagging sense that if one of third wave coffee’s leading lights is turning to the instant market to mark out its future, then there could be a problem with innovation in the industry in general.

“The costs of disrupting established norms, as well as supply chain issues, means that innovation in the coffee industry is stagnant,” Brad says. “But, with that said, this stagnation has created opportunities for entrepreneurs to think outside the box, and to take into consideration consumer habits and innovative methodologies.”