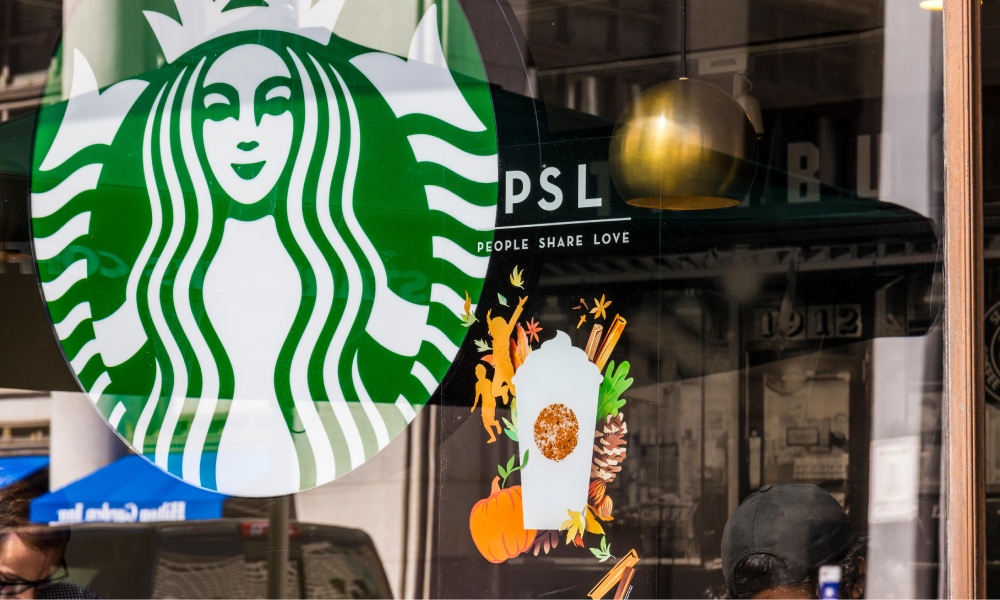 AS AUTUMN rolls around, the pumpkin spice latte has once again filled social media feeds across the world.

Starbucks’ iconic drink – made from espresso, steamed milk, spices, whipped cream, and pumpkin spice topping – has become a cultural phenomenon since being introduced in 2003.

In 2019, CNBC reported that Starbucks had sold more than 420 million cups, generating an estimated $2 billion in revenue. This puts it among the US coffee chain’s top-selling drinks.

“The pumpkin spice latte (PSL) continues to be one of our most popular and requested beverages,” a Starbucks spokesperson told Coffee Intelligence.

“Each year, our customers eagerly anticipate the return of the PSL, knowing that it officially marks the change in season. We see sales increase every year.”

Its importance to Starbucks’ bottom line became clear in 2020, when it made the decision to release the PSL early (August) in order to boost foot traffic to its stores. The coffee chain had suffered from pandemic-induced disruptions and was looking for ways of regaining customers. The early release of the PSL reportedly boosted footfall by 15%.

“I think they can almost certainly rely on the consumer demand for them every autumn,” says Tamara Siddiqui, a senior digital PR strategist at digital marketing agency Embryo, which recently conducted a study into PSLs in the UK.

“Sales are driven by the press activity around the launch of pumpkin spice lattes as well. Stories are written every year now about the release dates across the world. There’s also tonnes of content about PSLs on TikTok too, which encourages people to buy them.”

Naturally, the wild success of the PSL has attracted both fascination and scorn from the specialty coffee industry.

Many believe that it not only destroys the taste of the coffee, but can be damaging to health. Indeed, one of Starbucks’ PSLs contains 210 calories per 8oz compared to an average of just 2 calories for a black filter coffee, according to Healthline.

However, Starbucks has been clear in its promotion of PSLs that they are not health drinks – and any misconception around this has little to do with its success. Instead, it is its positioning as part of an “autumnal lifestyle” that has seen its popularity soar since it burst onto the market.

“For many people, they’re a nice change from their usual order,” Tamara says. “The ingredients and flavours go hand-in-hand with what we know to be autumn – pumpkins symbolise Halloween, and cinnamon, ginger and nutmeg are warming, festive ingredients that help us settle into the colder days and nights. I think people like to make the most out of popular things that aren’t available all year-round, too.”

This idea of a “limited window” has also been key to its success.

Whereas many specialty coffee brands try to carve out a niche with novelty products, such as “coffee for runners” or “world’s strongest coffee”, the quick-fire nature of PSLs has helped them create a sense of urgency – hence why Starbucks’ footfall has traditionally risen during the months they are available.

“It’s likely that if they were available permanently, people wouldn’t go as crazy for them – so I think that works well in retailers’ favours,” Tamara explains.

Yet not everyone agrees. In a post titled, “Could this be the end of the pumpkin spiced latte?”, veteran-owned coffee company Fire Department Coffee outlined its reasons for not pursuing the trend.

“We’ve gotten the sense that an increasingly significant number of people are simply burned out on pumpkin spice everything,” it read.

“A survey of 500 Americans told us as much. More than 33% of Americans surveyed said they were already tired of hearing about pumpkin spice. And only one in four people prefer pumpkin spice latte over traditional lattes.”

However, this year, Starbucks has responded to changes in consumer preferences by releasing an iced version of its PSL. Last month, CEO Howard Schultz said that iced drinks now make up around 70% of Starbucks’ sales, with Gen Z and millennial consumers driving their growth.

“We’ve already made great advances in cold coffee innovation,” a Starbucks spokesperson said, “and with a growing number of our customers drinking iced coffees all year round, this year we have introduced a new iced, pumpkin beverage: the Pumpkin Cream Cold Brew.”

No doubt, news of the new product launch will only add fuel to the annoyance of those within the specialty coffee sector. But as Starbucks teeters on the brink of becoming one of the world’s 100 most valuable companies, it might be worth taking a leaf out of their book.