Private coffee auctions are killing off Cup of Excellence 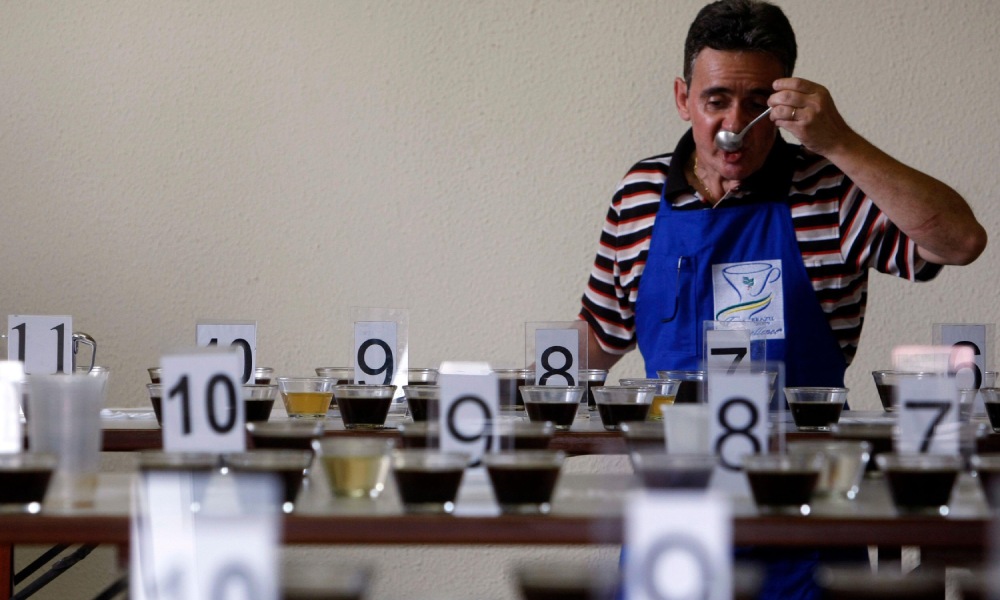 BENJAMIN PAZ still remembers the 2004 Cup of Excellence in Honduras.

The country’s inaugural coffee “competition-auction” left an indelible impression on the young exporter, not least because of its marked focus on quality and direct trade.

“Farmers were getting rewarded because of quality, which was not common in coffee back then,” he says. “Coffee having a value outside the C market was a big deal.

“As an exporter, we used to receive lots from producers without really knowing what quality we had. But, because of the interest from the Cup, my family and I decided to separate the coffees and, seeing their success, decided to go into farming ourselves.”

Since 1999, the Cup of Excellence has rewarded coffee producers on a country-by-country basis for their expertise and hard work.

With competitions held across several countries in Africa and Latin America, it has become an important platform for drawing attention to the quality of origins, while also giving traders an opportunity to find the best coffees around the world.

The winners are typically catapulted into the coffee halls of fame, from where they can command eye-watering sums for their lots. And the Cup has also been instrumental in championing direct trade, with the bulk of the auction price going straight to the farmer.

Benjamin won last year’s Cup of Excellence in Honduras with a Geisha that sold for $134.50 per pound, a new record for the country. The result not only put Benjamin on the radar of coffee roasters around the world, but it also drew widespread attention to Honduras as a coffee origin, in what he calls “a win for the whole community”.

However, the rise of private auctions outside of the Cup of Excellence has cast doubt over the relevance of the event in recent years, with some under the impression that it no longer enjoys the pulling power it once had.

Part of the appeal of Cup of Excellence is its relatively simple and consistent format.

Typically, producers send in their best quality coffee lots to compete in the first round, which can sometimes have nearly a thousand entrants.

The top 50 or so are then selected to go in front of an international panel of experts, who blind taste the coffees and score them based on characteristics such as acidity, sweetness, aroma, and mouthfeel.

Each cupping round eliminates around 10-15 coffees, so by the end of the process, the winning coffees will have been tasted and scored at least five times. The top lots are put up for global auction, generating prices which can be life-changing for the producers and their communities. Indeed, most lots that reach the final rounds achieve at least $10 per pound, while the top coffees often hit $100 per pound and over.

However, the rise of private auctions have changed the landscape in recent years.

Only last month, the famous Lamastus Family Estates in Panama stole headlines when it sold just seven pounds of Geisha coffee for a record $6,000 per pound at a privately held auction.

And Alliance for Coffee Excellence (ACE), which runs Cup of Excellence, has also launched its own private auctions under the Private Collection Auction series.

Borrowing many of the quality-assurance processes used in the Cup of Excellence, the auctions involve partnerships with private organisations such as Qima Coffee and Taiwan Coffee Laboratory. Many have attracted buyers from all over the world, generating hundreds of thousands of dollars.

Yet some argue that the proliferation of private auctions has diluted Cup of Excellence’s influence. It’s thought to have become less relevant not only for producers, but also for roasters, who can go directly to farms for the highest quality coffees – and cut out the Cup as an intermediary.

Meanwhile, producers who have already won Cup of Excellence can take their “best of” label into private auctions – or even set up their own – where they can enjoy even higher prices.

“The Cup of Excellence is relevant in the industry, but not to the consumer,” he says. “This means that it requires a massive gamble on the part of buyers and roasters to pay the high prices generated at Cup auctions.”

In contrast, certification schemes such as Fairtrade, Organic, and even B Corp have received widespread recognition among consumers.

Stephen says that “a lack of resources” and a greater trade focus has held the Cup back from developing its consumer-facing branding. This risk is greater for buyers in Europe and North America, where the demand for premium quality coffee is lower than in Asia, which is home to 80%-90% of CoE buyers.

“What’s needed is for jurors to come back and tell people about the competition,” Stephen says. “It needs to move from the trade table to the consumer table.”

“It fills you with pride”

The Cup of Excellence has come a long way since its first edition in Brazil 23 years ago. Then, the price paid for the winning lot was just $2.60 per pound; this year, the Ethiopia Cup of Excellence sold a Sidama coffee for a staggering $400.50 per pound – the highest ever.

But this hasn’t stopped private auctions appearing at origins around the world, particularly since the outbreak of Covid-19.

The fact the ACE itself has stepped outside the Cup of Excellence platform suggests it sees a future beyond its flagship event. One only has to look at the amount each private auction generates to see why it has branched out.

That said, the Cup of Excellence remains the standard bearer for the coffee industry. And it’s this reputation that could ultimately be what keeps it afloat.

“It continues to be as relevant as ever,” Stephen says, “because, in an environment with such an increasing number of auctions, the jury and quality evaluation protocols of the Cup have been maintained to a very high standard.”

Expansion could also help the Cup in years to come. Although it originated in Brazil and still has the strongest pull in Latin America, in recent years, its reach has grown. For example, Ethiopia held its first Cup of Excellence in 2020 and has already smashed records.

The ability to hold a Cup in different countries is dependent on factors such as infrastructure, not just the availability of good quality coffee. But if it continues to expand into new origins, it could strengthen its position as an event that sits above private auctions. In other words, an event that uncovers and develops new sources of excellent coffee across the globe, while supporting farmers to develop their skills and recognise the quality of their work.

As Benjamin notes, the experience of winning the Cup is more than just financial gain.

“It’s not only an economic benefit,” he says. “It fills you with pride and it gives you encouragement to know you are making your customers happy.”

Private coffee auctions are killing off Cup of Excellence