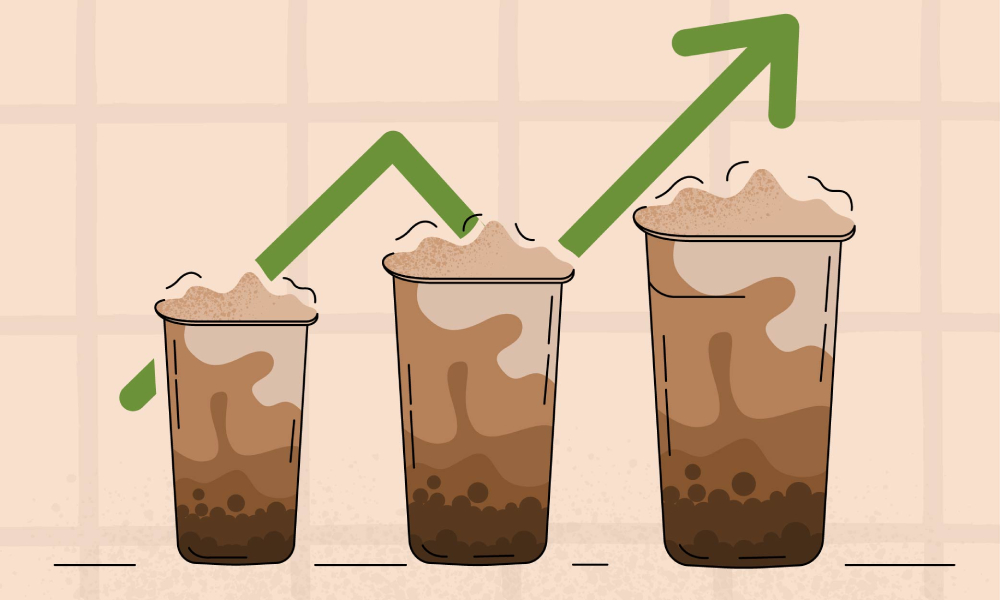 IN THE heart of Jakarta’s central business district, a coffee shop is nestled in the corner of an office building. Ride-hailing drivers clad in signature green jackets are waiting for their orders, while several customers, most of them office workers, are queuing at the cashier.

Occasionally, a new customer will head straight to the pick-up counter, having pre-ordered their coffee using the store’s app.

This is a typical scene at an outlet of Kopi Kenangan, the Indonesian tech-enabled grab-and-go coffee chain widely hailed as Southeast Asia’s first coffee unicorn.

Serving more than 3 million cups per month from more than 840 outlets across 45 cities in Indonesia, its dizzying growth since 2017 has attracted worldwide publicity and a slew of celebrity investors.

Under the name “Kenangan Coffee”, it is now gearing up to open between five and ten stores in Malaysia by the end of year. This marks its first international expansion as it steps up plans to wave the flag for Indonesian coffee culture across the continent.

“We are aiming to become the largest food and beverage brand within five years,” Edward Tirtanata, the co-founder and CEO of Kopi Kenangan, tells me, “not only in Indonesia, but in Southeast Asia. We want to spread our passion for high-quality coffee from Indonesia to the rest of Asia.”

A blend of offline & online

Domestic coffee consumption in Indonesia has risen considerably in recent years thanks to a growing middle class and a more cosmopolitan, youthful population. Drinking coffee has become something of a lifestyle choice, be it at home, at work, or socialising with friends. The preference for exploring local coffee shops as opposed to international brands, especially among the young generation, is also stronger than ever.

However, when Edward founded Kopi Kenangan in August 2017 alongside high-school friend James Prananto, options for out-of-home coffee in Indonesia were scarce. For most, it was between the local street stall’s instant coffee (which costs around 20 cents) or high-end specialty coffee (which costs around $3). The average price at Starbucks is even more, at around $5 per cup.

Recognising a clear gap in the market, Edward’s plan from the start was to position Kopi Kenangan as an Indonesian coffee brand that sat between Starbucks and roadside coffee stalls.

Its first outlet was a small location at Standard Chartered tower in South Jakarta. But, with its coffee priced at $1.20, organic popularity quickly grew and, before long, queues were forming outside each new outlet.

A combination of word-of-mouth and viral social media posts soon helped it overtake other well-known coffee brands in the minds of consumers. Indeed, a recent survey found that 39% of respondents had tried or would try Kopi Kenangan, compared to 29.8% for Janji Jiwa and just 13.6% for Kulo.

Its relatable name and signature drinks, such as its palm sugar iced coffee Kopi Kenangan Mantan (“memories of exes coffee”), have played an important role in the company’s growth.

However, Kopi Kenangan’s rapid expansion is also thanks to its grab-and-go concept and non-franchise business.

Unlike third-place coffee shops, such as Starbucks, it is able to cut costs as it doesn’t have to rent large spaces to accommodate a comfortable seating area, and WiFi (although now some are walk-in stores and provide a seating area).

Since the beginning, Kopi Kenangan has been built as a non-franchise in order to maintain quality. And the founders believe the profit that otherwise would go to franchisees could be spent to improve ingredients quality and equipment instead. With a more efficient business model, Kopi Kenangan is able to shorten its payback period, and invest the money to open new outlets.

Born amid the rise of Indonesia’s tech startups, Kopi Kenangan endorses a new retail concept: a blend of offline and online service to provide convenience to consumers.

Next to being available in various food-delivery platforms, it also launched Kopi Kenangan mobile app in 2019, which offers loyalty programmes and app-exclusive promotions to enhance consumer experience and engagement.

As of July 2022, the app has garnered over 2.3 million users, and considering how mobile today’s consumers are, Kopi Kenangan expresses that it would continue to be developed for regional plans as well. According to the company, digital channels now generate 70% of its total sales.

Having exhibited an efficient model and strategy fitting for a top-of-mind coffee brand, Kopi Kenangan has attracted investors worldwide.

For example, a $96 million Series C funding round in late December 2021 sent its valuation soaring past $1 billion. This was led by Tybourne Capital Management and participated by other backers including Li Ka-shing’s Horizons Ventures, Kunlun Capital, Eduardo Saverin’s B Capital, and Falcon Edge Capital. US rapper and entrepreneur Jay-Z and tennis star Serena Williams also invested through their venture firms back in 2019.

While history has made some sceptical about the relationship between coffee shops and VC funding, Kopi Kenangan showed its resilience during the Covid-19 pandemic despite the overall declining demand experienced by the coffee industry.

Pursuing its vision to be part of Indonesians’ lifestyle, Kopi Kenangan’s journey to reach and connect with various segments of consumers goes further by pairing its coffee with food.

As such, since 2020, Kopi Kenangan has expanded horizontally and added several F&B brands under the umbrella of “Kenangan Brands”. These include “Cerita Roti bread”, “Chigo fried chicken”, and “Kenangan Manis soft-baked cookies”. It also launched “Kenangan Heritage café”, which caters to a more premium brand of coffee consumer with mixologist and purist bar.

In the first quarter of this year, the coffee chain became the first to enter FMCG by launching its bottled ready-to-drink Kenangan Hanya Untukmu (“Just for you”). Priced at 60 cents, the aim is to provide accessibility and reach far-flung corners of the market, especially cities where Kopi Kenangan’s outlets aren’t yet present.

“We want our consumers to be able to reach and get our Kopi Kenangan products anywhere,” Edward explains.

This is impressive and, for many, marks a new era in Indonesia’s coffee culture. While the nature of its rapid expansion has drawn comparisons with Luckin Coffee in China and Tostao Café y Pan in Colombia, Kopi Kenangan’s business model seems to be built on stronger foundations.

Its pricing strategy has been carefully thought out, tapping into a gap in the market without sacrificing profits. The decision to maintain small stores and adopt a technology-first approach was also a masterstroke, helping to reduce operating costs and increase profitability.

International expansion will be the real test, as Luckin Coffee’s catastrophic US venture proved. But, failing a similar meltdown, there is a lot of potential for Indonesia’s first coffee unicorn.