Can China quench its thirst for East African coffees? 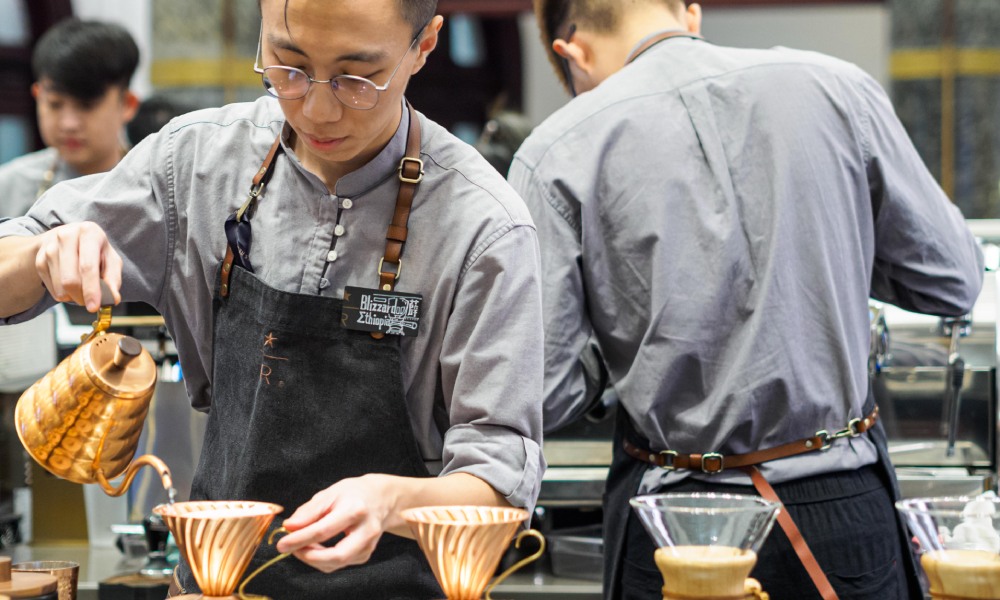 WHEN THE BID came in, Legesse Botasa Dikale couldn’t believe his luck.

“I feel like I hit a jackpot,” he said. “I thank God for this opportunity. [It] will completely change my and my family’s life for the better.”

Legesse, an Ethiopian coffee farmer, had just sold 500lbs of Sidama coffee at Ethiopia’s 2022 Cup of Excellence awards for a record-breaking amount at $400 per lb.

The buyer was LNK Coffee Trading DMCC, a Chinese coffee trading company, which said it had been impressed by “the rich floral and fruity flavours and acidity during sample cuppings”.

It was a life-changing moment for Legesse and a record-breaking one for Ethiopia’s Cup of Excellence. But it was also a reaffirming moment for the international coffee market: China has an insatiable taste for East African coffees.

Including LNK, Chinese businesses were among the top five registered buyers at the auction. It follows a trend that has seen a growing presence of Chinese companies at auctions in Rwanda, Tanzania, Kenya, and Uganda.

China is a coffee-producing country. Annually, it produces around two million 60-kilogram bags most of which come from the southwestern province of Yunnan.

However, a rising urban middle-class and a growing interest in Western consumption habits mean that demand for coffee now far outstrips production.

As a result, over the last few years, China has ramped up imports of coffee. Between 2017 and 2021 alone, the import volume of green coffee beans to the country more than doubled.

But it’s not just quantity that has increased. A specialty coffee landscape has also begun to emerge, characterised by boutique coffee shops, barista championships, and serious coffee professionals.

“If you look at the number of Q graders in China at the moment, you will know that the coffee business is booming,” John says. “There are a lot of activities going on in the specialty market and big brands, such as Starbucks, are thriving there.

“There used to be a culture of drinking instant coffee: the 3-in1 that is part coffee, part milk and part sugar. But now the market has improved dramatically.”

To feed the new demand for specialty coffee, East African countries have become the origins of choice.

Figures from ECTA showed that Ethiopia exported 11,935.65 metric tons of coffee to China during the last Ethiopian fiscal year which ended on July 7, earning 65.31 million U.S. dollars, up by 84% year on year.

And it’s a similar story in neighbouring countries.

In May 2020, Chinese buyers reportedly snapped up 3,000 60kg bags of Rwandan coffee in less than a minute at the Electronic World Trade Platform (eWTP). Ugandan officials, meanwhile, recently announced they were looking to China to help quintuple the volume of coffee exports over the next five years after noticing skyrocketing demand.

“The population is there, so the market is ready,” John says. “There are good-quality coffee shops coming up in China which are promoting consumer education. We have a client in China who only imports specialty coffee and even micro-lots. This tells you how much they are putting into coffee.”

East Africa is by no means the only region that exports coffee to China. Vietnam, Guatemala, and Colombia also supply Chinese businesses with millions of kilograms of coffee every year.

However, the last few years have been characterised by a very deliberate focus on East African – and not just for coffee.

As well as becoming a major export destination for a range of agricultural commodities, China has invested heavily in infrastructure across the African continent.

Forming part of what’s known as the Belt-and-Road Initiative, it has given rise to numerous infrastructural projects, from skyscrapers to superhighways.

“Right now you could say that any big project in African cities that is higher than three floors or roads that are longer than three kilometres are most likely being built and engineered by the Chinese,” Daan Roggeveen, the founder of MORE Architecture, told Forbes.

For example, the construction of a 752-km transnational railway in Djibouti is a direct result of growing China-Ethiopia relations through the BRI. It has been so successful in easing logistics challenges that it has been used to transport over 90% of the Ethiopian coffee to the international market.

Similarly, Uganda’s national coffee organisation, the UCDA, alongside the Ugandan embassy in China, recently held the first Uganda Coffee Day in Guangzhou. Like Ethiopia, China has been actively involved in building some of the country’s most important infrastructure.

As a result, some have speculated that China’s strong demand for East African coffees could be a direct result of its investments in the region. “Uganda is rich in natural resources, particularly gold, so more coffee trade may give China additional leverage in other dealings,” Andrew Hetzel, a coffee consultant and former SCA director, told Coffee Intelligence back in April.

However, it is also widely agreed that the increasing demand for East African coffees in China presents a huge market potential for coffee-producing communities across the continent. And if firms like LNK Coffee Trading continue to pay record prices at auctions, more farmers like Legesse, may feel as though they’ve hit the jackpot.

Can China quench its thirst for East African coffees?