Bolsonaro vs Lula: What Brazil’s next president could mean for coffee production 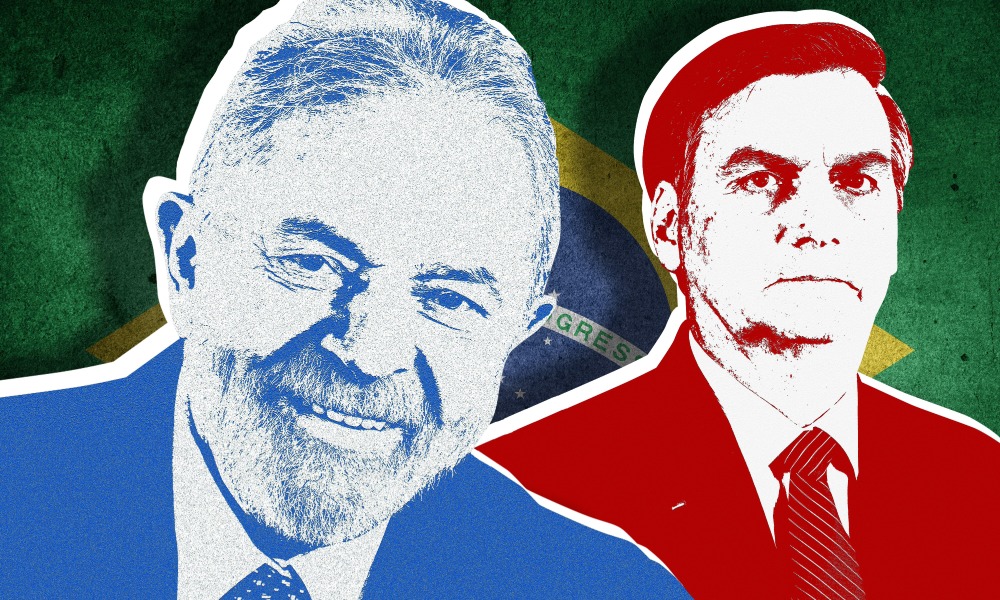 BRAZIL IS ON the brink of a historic moment.

On October 30, the country will head to the polls for a second round of voting to determine whether to reelect the right-wing Jair Bolsonaro or to bring back Luiz Inácio Lula da Silva, who served as president between 2003 and 2010.

In the first round, Bolsonaro finished five percentage points behind the leftist former leader, who received a total of 57.2 million votes compared to Bolsonaro’s 51.1 million. But if past elections are anything to go by, then it could easily swing the other way.

While the electorate appears divided, it’s widely agreed that whoever wins will have a whole host of challenges to face, not least an economy struggling to rebound from the crippling effects of Covid-19.

The new president is also expected to have a considerable impact on the country’s coffee sector, with both candidates said to have “two opposing visions for agriculture in Brazil”.

“The outcome of the election is extremely significant,” says Augusto, a coffee trader based in São Paulo. “Brazil is the largest coffee producer in the world and it is a sector of great relevance to the Brazilian GDP. Any political changes will impact the next four years of planning for the sector.”

Much of Bolsonaro’s presidency of the last three years has been characterised by the large-scale deforestation of the Amazon rainforest and the dismissal of government divisions dedicated to climate change.

If reelected, few believe he would adapt his approach despite growing concerns around the impact of climate change on coffee production, which contributes around 1% of the country’s GDP.

There are already cases of producers who have lost more than 20% of their coffee-growing areas due to climate-related issues and it’s thought that the land available to grow high-quality arabica could be halved by 2050.

Bolsonaro has also tended to favour larger-scale operations over smallholder farmers. These estates are geared towards high yields, with the focus, in many cases, on quantity over quality. This often involves exploiting the soil with high fertiliser use and sungrown methods.

However, although Lula has long been a proponent of Brazil’s smallholder producers – who still make up more of the country’s estimated 360,000 coffee farms – there is a widespread sense in Brazil that Bolsonaro is better for agriculture. This is bolstered by the overwhelming support he enjoys among farmers.

“Bolsonaro is closely aligned with the Brazilian agricultural sector,” Augusto says. “His former minister, Tereza Cristina, was nominated to the Senate last week by a big margin, and made several public statements emphasising how important the agricultural sector was to the country during the pandemic.

“Even during the pandemic, our supply chain never stopped. The agrisector was key to boosting our GDP, and while we saw other coffee producing countries struggling with supply chain disruptions, ours continued.

“Lula, historically, is aligned with social movements whose interests go against the agricultural sector, and, while we can’t predict the future, there is a concern that this historic alignment with social movements could impact the growth and development of our agribusiness, including the coffee sector.”

Impact on the real

Since January this year, the dollar has been at historic highs. The dollar index (DXY), which measures the US dollar against other major currencies, has increased by 15%, putting it at a 20-year high.

For Brazil’s producers, this is generally good news. A strong dollar against a weak Brazilian real tends to incentivise growing as producers receive more for the coffee they sell.

News of Bolsonaro’s better-than-expected first round performance “added a macroeconomic bullish influence over the coffee futures market”, according to Igor Bragato of the Coffee Training Academy.

However, it’s predicted that, for a number of reasons, election victory for Lula could cause the value of the real to fall further. In the short-term, this would be beneficial for farmers and could reduce the impact of oversupply from higher output.

“A movement in the Brazilian real won’t necessarily be the dominant influence for coffee,” Bragato writes. “But the historical correlation is definitely there.”

That said, August explains that these are only short term effects. What matters more is the policies the next president brings in that specifically address problems in the coffee sector, something that remains relatively unclear leading into the second round of voting.

“I would like to see even more incentives for low-income coffee producing families and small coffee businesses, allowing them to thrive and create new job opportunities,” he says.

“I’m also hoping the project to increase local production of fertilisers is successfully implemented and that more coffee professionals and industry experts are nominated to key roles in the federal government. Ultimately, it’s these people who understand the pains and know what is required for the coffee sector to grow.”

Bolsonaro vs Lula: What Brazil’s next president could mean for coffee production