Bartholomew Jones: “People in my community couldn’t connect with something that I loved” 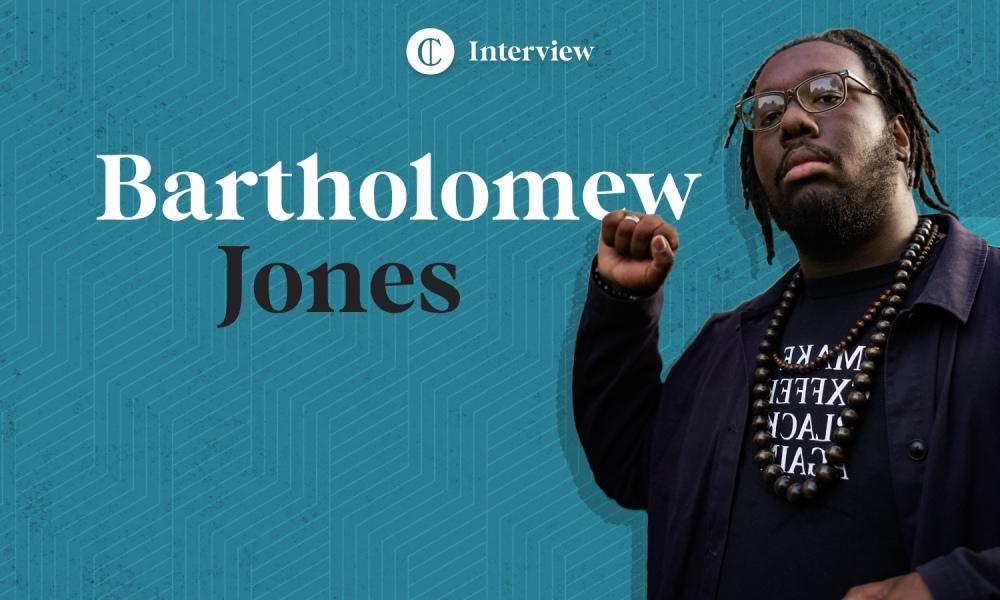 WHEN BARTHOLOMEW JONES answers the phone at 9am, he’s quick to warn me that he hasn’t yet had a coffee.

For interviews, this is often dangerous territory – low energy means conversation can be sluggish and thoughts can be hard to arrange.

But the founder of Cxffeeblack has no such troubles. He’s fizzing with so many ideas and speaks with such passion about his projects that you would never know his caffeine levels were low. And there are a lot of projects to discuss.

Bartholomew started Cxffeeblack in 2018: first as a music venture, then as a more encompassing brand, which includes apparel and coffee under the label Guji Mane.

He says that while music was the business’ core, the coffee element was born from an experience he had while recording in a studio in Memphis, his hometown.

“I was a hip-hop artist and coffee was the beverage of choice to sip,” he tells me. “We were in the studio one day with some Black folks and we ran out of coffee. So we went to a third-wave, hipster coffee shop and everyone said it totally killed the vibe.

“It was sad to me that people in my community couldn’t connect with something that I loved because of cultural variance or a lack of cultural congruity. Third wave coffee was very ‘white’ and it had created a barrier for curiosity.”

The experience got him thinking: what if he could create a situation where Black people not only had a space where they could enjoy good-quality coffee, but could see themselves at every stage of the supply chain?

Encouraged by what he learned about the importance of representation from students at Orange Mound, the first Black-built community in the US, Bartholomew made it his mission to reclaim the Black history of coffee – and it became the focus of the business, with everything else feeding into it.

The sale of apparel, in particular, has become an important tool for funding coffee projects. For example, money generated from selling Cxffeeblack’s Anti-Gentrification Coffee Club hoodie last year helped keep down prices for bags of coffee they sold to Black people in their neighbourhood who were fighting poverty.

“We believe in the power of art and culture to shape the future,” Bartholomew says.

A perpetual challenge in the coffee industry is how to increase both the quality and quantity of consumption in producing countries.

All too often those who work the hardest to produce the coffee are left with the off-cuts or defective beans, while the best are saved for export to the West.

When Bartholomew was discussing this very problem with a Rwandan coffee farmer, called Joel, he was excited to hear that a group of local farmers had recently been sent to learn more about consumption in a country with a strong coffee culture. But then his heart dropped.

“I assumed they went to Ethiopia,” he says. “But it turns out they went to Italy. Obviously, Italy is cool; but there is the first coffee culture in the world on their doorstep. When you’re thinking about young kids growing up in a village in Africa, it’s easy for them to see themselves in another group from Ethiopia.”

However, it gave him an idea.

“We started thinking: what if we could bring a group of Afro-Americans to Ethiopia and Rwanda to learn about culture and then, while they did that, a small group of passionate baristas from the motherland came over here to work at a Black or brown cafe?”

It was a simple premise, but one that was rooted in something more profound: people seeing themselves in positions of empowerment.

“At origin, the most powerful thing is that we’re generally the first Afro-Americans who have visited the farms we’re going to. And it’s been really powerful to talk to people at origin and hear them say that seeing us there feels different to the traditional ‘roaster comes to origin to meet farmer’ situation, because they are seeing themselves.

“It becomes this really emotional experience. Afro-Americans visiting is symbolising the fact that, in a lot of ways, there is a real world in which people are owning their own means of production.”

Together with his wife, Renata, Bartholomew has built a loyal following around Cxffeeblack. A chunk of the profit he makes from selling apparel often goes back into the community in some form, while he also runs events such as Brew Ups, which bring coffee and local artists together under one roof.

However, the source of the brand’s popularity stems not only from its financial impact, but also from its commitment to changing the third wave coffee narrative.

Importantly, this has involved creating a different lens through which to view the coffee supply chain – one that doesn’t bear the echoes of colonialism.

“A friend in Rwanda said that seeing our website had totally changed the way he thought about marketing his company,” Bartholomew says, “because their whole company was Black, but they had always hired white models.

“People from almost every community want that to be possible.”

Cxffeeblack is selling custom-made trainers designed and produced in collaboration with philanthropic designer Edward Bogard and So Give Shoes.

Sales of the trainers will bring four coffee enthusiasts from the motherland and the Black American community together for two weeks in 2023 and 2024 to host the first ever Black Barista Exchange during our next trip to the motherland in November 2023, and the Color of Coffee Collective 2024.

Bartholomew Jones: “People in my community couldn’t connect with something that I loved”