Other sectors borrow from specialty coffee – but have they been as successful? 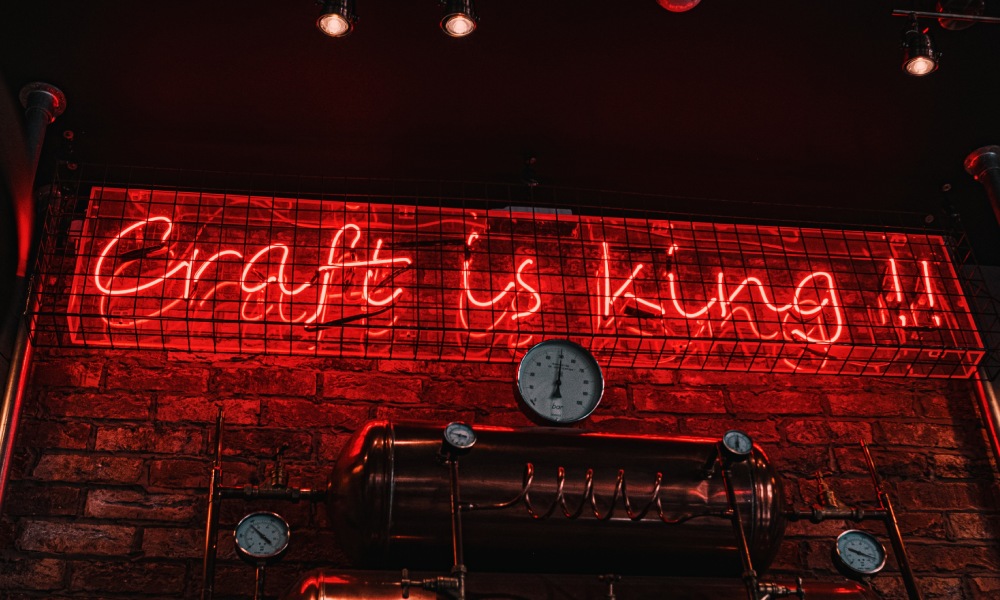 IT ALL started with the third wave.

In the late 1990s, a handful of pioneering companies started placing greater emphasis on the provenance, quality, and sustainability of coffee.

Little did they know at the time that this would mark the beginning of what has become “specialty coffee”: a multi-billion dollar sector that forecasters predict could be worth $150 billion by 2030.

The rapid growth of the specialty coffee industry from what began as a niche corner of the market has surprised many not only in coffee, but other sectors, too.

Of particular interest is how, through a combination of education, branding, and clever marketing tactics, a number of companies, such as Stumptown and Intelligentsia, have been able to grow to such colossal heights.

Naturally, this has caught the attention of similar industries, from beer to chocolate, which some claim have borrowed from specialty coffee to attract similar interest. But have they seen the same success?

Hallmarks of the specialty coffee industry

Three decades ago, when the first signs of a specialty coffee movement started to appear, brands at the forefront of the change were characterised by a number of hallmarks.

Issues surrounding quality, providing a wider choice of origins, and educating consumers on the subtleties of flavour became a chief focus for smaller, independent coffee companies.

This was coupled with greater interest in the “craft” of coffee-making, with barista skills showcased at high-profile competitions, such as the World Barista Championships.

The drive for quality went hand-in-hand with a growing interest in direct trade, as independent roasters developed closer relationships with individual estates in producer countries.

This enabled greater confidence in provenance and traceability, as roasters were able to prove to consumers where their coffee came from, and demonstrate how this affected its taste. It wasn’t long before the term “single origin” – as opposed to blends – became a shortcut for quality.

A closer producer-consumer relationship also became integral to branding, with many roasters showcasing individual farms and farmers on packaging.

It was an opportunity for roasters and coffee shops to achieve their sustainability and ethical aims, as direct trade initiatives could pay higher for quality as well as for greener farming techniques, such as organic or shade-grown.

The case of chocolate

In 2016, The Guardian, a UK newspaper, published an article titled, Is chocolate the new coffee?

In the piece, writer Emilie Filou questions whether the introduction of “single origin” chocolate, in which all the ingredients are from the same country and are processed locally, would have the same impact it had had for coffee in terms of changing attitudes and providing additional value.

She concludes that while, like coffee, there is a degree of ambiguity over precisely what single origin chocolate means, it can provide a greater share of profit for farmers.

What’s more, she claims that it could help convince consumers to pay extra for what they consider to be premium chocolate produced, from bean to bar, under the supervision of one group.

Despite only occupying 10% of the European market, the concept of premium, single origin chocolate is growing at a considerable rate. It’s estimated that it could reach a value of more than $12 billion within the next two years.

Lucia Solis is a coffee processing specialist who offers independent consultancy within coffee and other sectors. She explains that cacao still has a lower price ceiling as “there is a limit to how much people want to pay for a bar of chocolate”. However, she believes the industry could, one day, reach the same level as specialty coffee.

“Cacao is in a similar position to coffee a few decades back in the sense that it was dominated by a handful of large companies,” she says. “The rise of specialty coffee was partly enabled by an increase in smaller independents, so a similar industry switch could do the same for specialty chocolate.”

Dutch confectionery company Tony’s is a good example of where this change has started to occur. Founded in 2005, it has, over time, become a leading voice in promoting traceability, environmental sustainability, and a greater human rights focus in the chocolate industry.

Although it started off selling just a few bars, Tony’s has grown into a widely recognised brand, and, as a result of its efforts, forced other, larger companies to review their own practices. And indeed, increasingly, chocolate bars in grocery stores across Europe now bear information about their sourcing policy, as well as detailed information about the origin and even the specific farms.

It is worth pointing out that specialty coffee has itself borrowed from other sectors, in particular, from wine.

The focus on “single estate”, the concept of terroir, and the interest in fermentation techniques to name a few. There is also a growing trend for coffee shops to stock other premium items like chocolate and to switch from coffee to wine in the evening.

She also flags a major difference between specialty coffee and other artisan products such as wine and beer, which are rooted in the culture of the producing country.

“The best French wine is found in France,” she says, “and in beer the brewmaster is the arbiter of quality.” In contrast, as a rule of thumb, coffee-producing countries have tended to keep the highest quality harvest for export; although there are signs that this is changing.

“In coffee the arbiters of quality are on the other side of the chain and this is putting pressure on producers,” Lucia adds. It also makes it challenging for the sector to really deliver on its sustainability and ethical claims.

To further her point, Lucia highlights how roasters and coffee shops may be keen to explore “funky trends which sound really cool”, but that these are not necessarily easy or sustainable for producers to invest in.

“My concern is that you are training your customers to gravitate away from you,” she says. “So you, the coffee company, has to run to find the next trend to keep the customer coming back.”

Other sectors borrow from specialty coffee – but have they been as successful?