Out with the old: Why Kenya’s young coffee producers are rejecting cooperatives 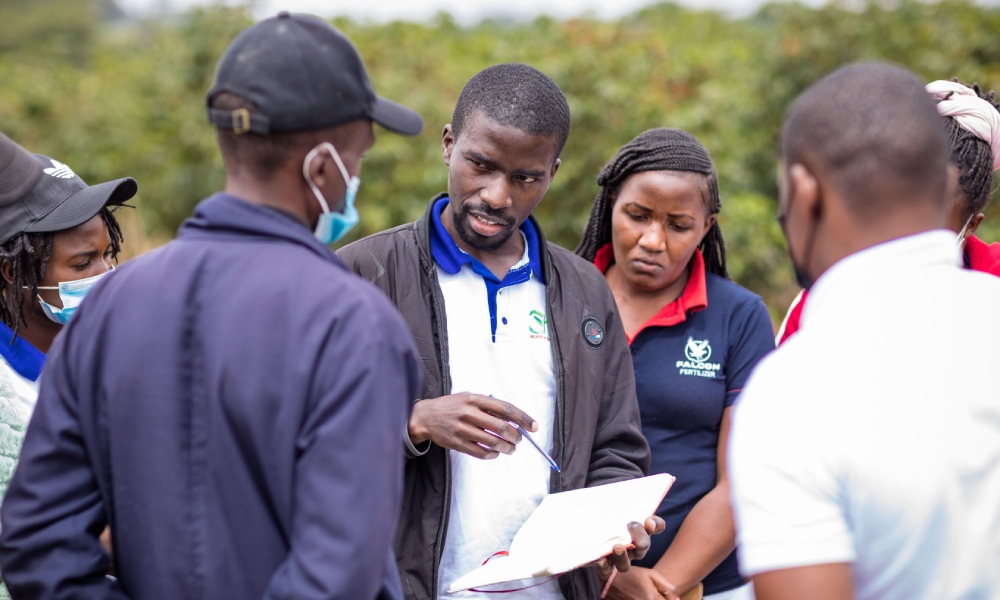 WHEN DAVEY Karanja lost his job in the city, returning to his father’s coffee farm in the Kenyan countryside seemed the most logical path.

The outbreak of Covid-19 in early 2020 had wreaked havoc on virtually every industry across the country and an estimated 43.2% of people above the age of 18 had lost their jobs by the first week of May.

Davey, 28, immediately began working as a producer on his family’s farm and, after a year, had assumed full leadership.

“We were a few guys who left the city after the pandemic,” he says. “We had one thing in common back at the village: coffee farms. We started working on our parents’ farms to pass the time, but after a while, we became curious. We know that the coffee business is very lucrative and we decided to get into it full-time.”

However, unlike his father’s generation which relied heavily on cooperatives under the mantra, “Together we are stronger”, Davey felt disillusioned.

“I saw first-hand how the cooperatives work in favour of a few individuals, especially the leadership,” he says. “The societies prey on the ignorance of the common farmer to enrich themselves.”

Kenyan coffee production has long been based on a system of cooperatives, with the first introduced under British colonial rule in the early 1900s.

Throughout the 20th century, they experienced rapid growth and, today, estimates put their number at more than 22,000.

While each cooperative has its own way of operating, most organise the processing, grading, packing, transport, and marketing of members’ coffee. Once the cooperative sells the coffee, it deducts its fees, before distributing money among members.

For producers, the main benefits are the freedom from the marketing and processing of their own coffees. And many continue to see their existence as vital to the country’s coffee-producing sector.

However, decision-making in cooperatives falls largely in the domain of management, which, in most cases, is dominated by older producers. Younger producers, meanwhile, are left to lesser duties of casual labour and the delivery of cherries to the wet mills.

This lack of inclusivity in leadership positions has led to widespread disillusionment towards the cooperatives among young producers, many of whom feel as though they have nothing to contribute. As a result, those such as Davey have decided to turn their backs on the cooperatives altogether.

Instead, he and five others got together and pooled their knowledge and resources so that they could produce coffee collectively. They went through the process of registering with the county government to turn their farms into “estates”.

Under this arrangement, each estate retains autonomy over production, while decision-making lies solely with the owner.

It’s this aspect that appeals in particular to the new generation of coffee producers who want to make more informed decisions. However, they are also continuing to learn from each other and draw on advice from experienced farmers.

“I can understand why they choose to go it alone,” Irene Sakura, a coffee producer and cooperative official, says. “The societies are such that they were never designed for younger farmers. The original idea of forming them was to ease the processing and marketing issues. For a long time, this was accepted by the farmers without question.

“But in the cooperatives, there is a limited level of decision-making by the coffee farmers. This does not sit well with the new generation. There are quite a few advantages of the cooperatives, but again the youth view them as old fashioned and out of touch with modern times.”

A “new way of doing things”

The freedom to do business is an attractive proposition for the young farmers in collectives. But the marketing and trading of the produce is still done as a group – similar to cooperatives. This is to maximise quantities and take advantage of economies of scale.

“We sell our coffee collectively,” Davey explains. “This way, we can fulfil contracts and fill a container or two as opposed to selling individually where the quantities might be less. Of course, we have to agree first on several factors, such as the buying conditions, the buyer, and so on.”

However, in addition to greater power over decision-making, one of the main advantages that the collective arrangement has over cooperatives is experimentation

According to Irene, it is difficult for cooperatives to agree on alternative and experimental processing of coffee. She says that the washed process is viewed as economical, faster, and more marketable. But, for the new crop of producers, this is seen as too limited.

“They want to maximise their earnings by other means such as honey processing, alternative processing and experimental fermentation techniques,” she says.

Davey and his contemporaries aren’t the only ones to have broken away from the cooperative model in Kenya. A number of other young producers across the country, sharing similar grievances, have also decided to go an alternative route.

So what does this mean for the future of Kenya’s coffee production? Does it spell the end of cooperatives? Davey thinks not – but he admits some significant changes are needed.

“Coops are alright,” he says. “But they have to get into the new way of doing things. Otherwise, all new farmers will shun them for our system – either individually or in collectives.”

Digitising operations, transparent leadership and inclusivity in decision-making roles for young farmers have to be implemented in the cooperatives for them to remain attractive to the next generation.

Importantly, listening to the opinions of the members is a key factor to having a vibrant cooperative system that works.

“We as coop leaders have to read the room,” Irene says. “Only the elderly bring their produce to us. This is risky because it is not sustainable. We have to include the new farmers.

“It is a great time because a lot of young people are getting into coffee production right now. But we have to accommodate them and, where possible, let them lead.”

Out with the old: Why Kenya’s young coffee producers are rejecting cooperatives