Is bubble tea hampering the growth of China’s coffee industry? 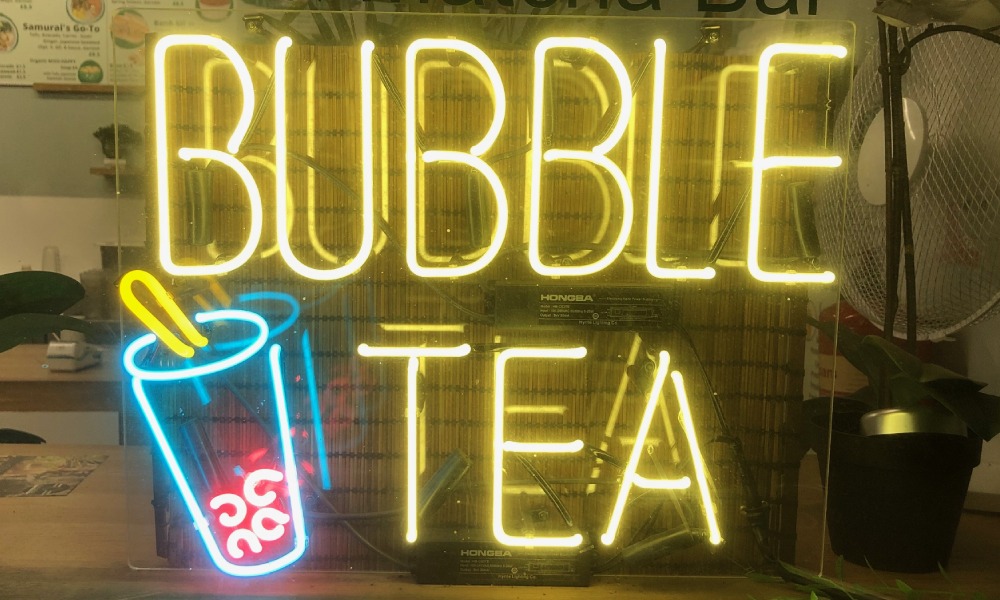 According to recent estimates, annual sales of the sweet milky drink containing pearls of chewy tapioca – edible translucent spheres produced from a starch found in cassava root – exceed 140 billion yuan ($20 billion). The number of dedicated “milk tea” stores across the country, meanwhile, has risen to nearly half a million.

The businesses at the forefront of the booming bubble tea industry have seen immeasurable success. Brands such as HeyTea and Coco each have more than 500 stores across the country, while Yi Dian Dian has started to expand into Europe and Japan after opening more than 600 stores in China.

The rapid growth of these brands, and other bubble tea centric businesses, led HiTouch, a Chinese consulting firm, to publish an article in 2018 titled, “China’s Bubble Tea Shops, A New Way to Get Rich”.

However, while the phenomenal growth of bubble tea has been a success story for those who specialise in it, those within other “competitor” industries have watched the craze unfold with some degree of concern.

Last year, Shanghai became home to the highest number of coffee shops in the world for a single city.

Led by the lightning quick expansion of both domestic and international coffee brands, including Starbucks and Luckin Coffee, the city went from being seen as a traditional tea-drinking nation to a global coffee hub.

This reflected a general trend across China which has seen coffee consumption grow at around 15% per year, compared to a global average of just 2%.

The reasons put forward for the growing interest in coffee are manifold, from an increasingly “Westernised” younger generation to an expanding, tech-oriented middle class.

And naturally, it has caught the attention of numerous investors, many of whom see the relatively untapped Chinese market as the future of the coffee industry. Only this month, McCafé announced its plans to open 1,000 new locations in China by the end of 2023.

However, some believe that bubble tea’s success story could have shattered hopes of China’s future coffee growth. Low barriers to entry and a strong pull for younger consumers, means that, since arriving on the mainland in 1997, bubble tea brands have seen consumption jump to five times more than for coffee.

Sebastien Kahla, the co-founder of MYO Bubble Tea Scaling-Up Solutions, a bubble tea packaging company, suggests that the drivers of bubble tea’s growth have been similar to coffee’s.

“Most bubble tea consumers are young working professionals in their 20s and 30s who live in first-tier cities,” he explains. “Thanks to the growth in per capita disposable income and increased health awareness, bubble tea is now adressing a dual need: indulgence and health.”

But it also appeals to people on another level – price. Depending on the level of customisation, at Coco you can pick up a cup of bubble tea for 12 yuan ($1.78), while at Mixue Bingcheng, another popular chain, it is just 8 yuan ($1.19).

This is compared to Luckin and Starbucks, where the average price per cup of coffee is 24 yuan ($3.50) and 34 yuan ($4.80), respectively. This has helped make bubble tea become the more “affordable” option for young, price sensitive consumers.

Bubble tea brands also appear to have greater sticking power when it comes to controversies. For example, when the Taiwan Food and Drug Administration discovered that some bubble tea manufacturers were adding plastic to their pearls to make them chewier, they were able to shake off the findings relatively unscathed.

This is compared to the backlash aimed at Starbucks in June, when it was fined for selling expired goods. On Weibo, the hashtag “Starbucks fined for expired coffee” received close to 100 million views.

While the controversies are clearly different and unrelated, some observes suggest it provides a good sense of the positive public sentiment bubble tea companies enjoy compared to coffee brands.

In China, tea- culture has been deeply rooted for centuries and, today, beverages containing tea are still widely consumed. As one writer put it in a recent Pan Daily article, the Chinese thirst for a cup of tea is “unquenchable”.

There’s no doubt that the likes of Starbucks and Luckin have kept a close eye on these developments as they look to both capture and retain the country’s 250 million Generation Z members and 300 million millennials.

However, while in terms of age, the consumer groups of the coffee and bubble tea partially overlap, and on the surface, the two appear to be competing for one market, the markets do not “squeeze each other”. That is to say, the two are not competitive, but complementary.

The main reason is that bubble tea and coffee are two distinctly different beverages in Chinese consumers’ perceptions.

A survey by Statista shows that more than 50% of coffee consumers drink coffee for the following reasons: to refresh and energise themselves, and like the taste. For many Chinese, drinking coffee is often an experience, or a boost to surviving a long day at work.

Unlike coffee, the Chinese consumption scene of bubble tea is very free and casual. People can drink bubble tea when they are in a good mood (66%), during teatime (66%), during shopping (57%), during dinner parties (55%) and on dates (47%), according to Qianzhan.

As a result, the aims of bubble tea brands tend to be different from coffee brands. Where coffee chains in China are looking to build out the “premium” sides of their business, including green bean sourcing and digitalisation, bubble tea brands are generally more focused on experiential aspects and broadening their appeal to men.

“Some brands are opening lounges to deliver an in-store experience where consumers can snap pictures consuming their favourite bubble teas together with friends and then post it on social media,” Sebastien says.

“Only 30% of consumers are men, so there is still a lot of room for potential growth for brands who are keen on figuring out their preference to further penetrate this market.”

That said, it’s believed that coffee businesses will increasingly build bubble tea into their line of offerings. For example, Luckin Coffee recently added bubble tea to its menu alongside its range of espresso-based options. Whether it’s a sign that the big coffee players think differently remains to be seen.

Is bubble tea hampering the growth of China’s coffee industry?