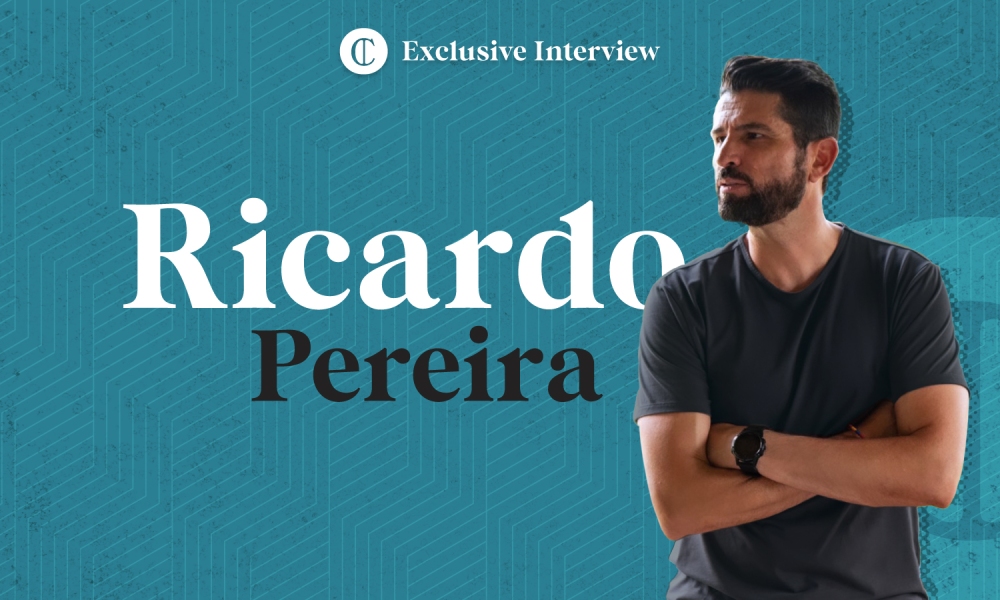 EVERY BUSINESS needs a plan. Without one, it is difficult, if not impossible, to structure, operate, and grow effectively. A plan can not only help provide direction, but also address problems before they arise and identify the most important areas for improvement.

“A lot of producers don’t look at their farms as businesses,” he says. “Instead they look at it as, ‘This is what my family does. It’s a tradition and I’m carrying it on’. While this is beautiful and it’s great, it can be difficult for them to run the business sustainably.”

This goes against the grain of conventional approaches in the coffee industry, particularly in the specialty market. Rather than viewing producers as businesspeople, many on the consuming side try to romanticise them by creating a narrative around their “story”.

But, according to Ricardo, everyone in the supply chain stands to benefit from a change of approach.

“Let’s say, as a producer, I have a plot of land,” he says. “My yields are not that good and my varieties are subject to disease.

“If I don’t have a plan or a roadmap in place, it’s going to be very difficult for me to reevaluate and improve cup quality or production volumes. The chances are that yields will decline as the challenges we face, like climate change, become worse.”

‘Transparency needs to be a two-way street’

Ricardo grew up in Alta Mogiana, a coffee-growing region in the south of Brazil. Naturally, coffee was all around him from an early age, and as a child, he remembers driving to coffee farms with his parents to visit friends.

It wasn’t until 2008 that he decided to take his first professional step into the industry. However, he says that, since the beginning, his background has helped him identify key problems in the supply chain.

“Being from a coffee-growing region in Brazil really helped me connect and meet the right people who could guide me on my quest to find a better model of selling and buying coffee,” he explains.

Now, as chief operating officer at Ally Coffee, a green coffee company with offices around the world, Ricardo believes that one of the most important changes that needs to take place is the way people approach transparency.

“Historically, when you look at coffee being traded and sold, the biggest layer of profit is in the hands of the roasters and coffee shops,” he says. “So when we’re talking about transparency, it needs to be a two-way street.

“All the players in the supply chain – including roasters and coffee shops – need to share information about their profits in the same way that we expect producers to. If we don’t do that, this chronic problem of pricing is going to continue and we’re never going to make a change. Coffee will continue to be traded as it always has been.”

The future of coffee

In a decade and a half, Ricardo has seen a lot to be optimistic about.

He says that enormous progress has been made, not least in the way technology is being harnessed to improve coffee production. Even the arrival of Google has transformed the landscape, opening up access to information and resources in far flung corners of the world.

This, among other things, has allowed producers to make better business decisions. “Information is power,” Ricardo says.

He has also noticed changing attitudes towards coffee growing among younger generations, with many taking more interest in their heritage – a trend that many worried wouldn’t happen as the lure of cities grows stronger.

“These are kids who have had the chance to go to school and learn a skill or specialise in a specific area of farming,” Ricardo says. “This younger generation is hungry to change how things are done, even from when their grandparents were farming. It’s this young blood that will help the industry progress.”

Yet while feeling positive about the future, he still acknowledges that there is work to do. War, climate change, and the outbreak of Covid-19 have all thrown up their own set of challenges that coffee producers must deal with.

Their methods of managing periods of uncertainty will undoubtedly rely on a robust business plan. But it will also demand help, guidance, and, importantly, a caring approach, from others, too.

“I recently met a producer from Tolima [in Colombia] whose son was an accountant and did his accountancy, and whose daughters handled quality control and crop diversification. I told him he had the perfect setup. But this obviously isn’t the case for everyone.

“We need to help producers access resources and information, understand global demand, and understand what they have. Producers can improve the quality of their coffee and find the right outlets.  But it’s very unfair for us, as consumers, to expect all of this without helping them and sharing the load.”

The talk explored how learning to collect data can not only improve coffee production, but also lead to greater business sustainability.

Watch Ricardo’s panel and dozens of others featuring expert coffee analysis by subscribing to the PRF YouTube channel.