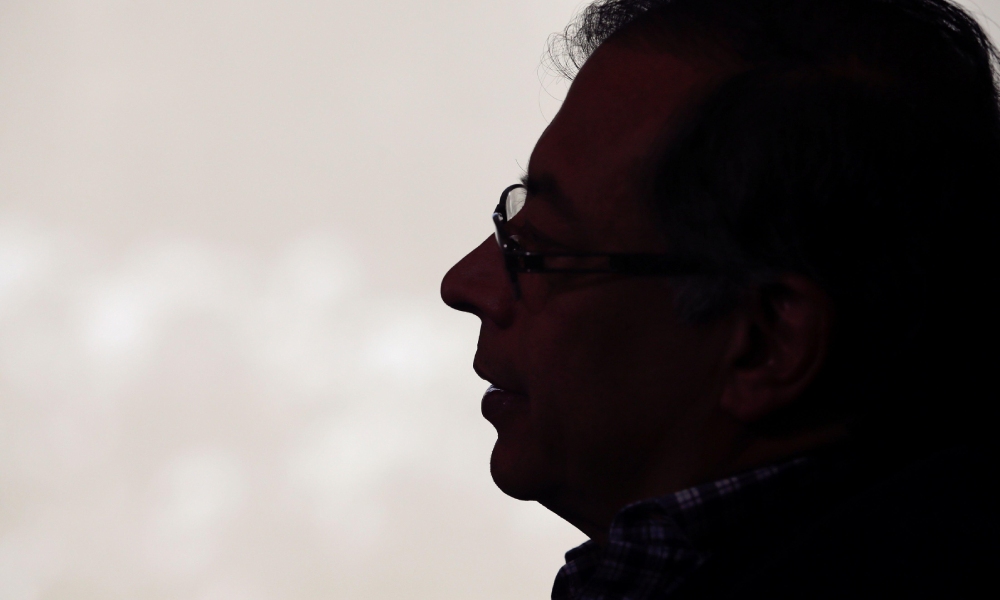 GUSTAVO PETRO was sworn in as Colombia’s new president on 7 August in a ceremony that included several guests of honour. Among them was a family of coffee producers from Anserma, Caldas, a key region in the country’s Coffee Axis.

This followed a campaign trail in which Petro visited several coffee farms across Colombia as part of his promise to roll out a deep transformation of rural areas and to increase investment in infrastructure.

Many within the country hope that the arrival of the first leftist president will spell widespread change for more than half a million people who rely on coffee production for their livelihoods.

This optimism has been bolstered by the appointment of several ministers who carry vast experience of Colombia’s coffee-producing sector, including Cecilia López as Minister of Agriculture.

“I feel positive,” says a coffee trader based in Huila. “Those of us who have had the opportunity to visit coffee-growing areas in the country, understand a little bit about the problems that are experienced in those places – some of which were forgotten by previous administrations.

“I think [Petro] understands very well the problems that farmers have to go through and will try to help improve conditions for this part of the Colombian population. It may be very optimistic on my part, but I see in this administration a great opportunity for improvement.”

What has Petro’s administration promised?

Since taking office, Petro has vowed to implement a number of widespread changes across Colombia. During his inauguration speech, he said, “Our second opportunity begins. The Colombia of what’s possible starts today.”

Among his many promises is a focus on reducing social inequalities by directing investment towards Colombia’s rural areas. The hope is that policies to promote rural development and interconnectivity will help elevate the country’s farmers – many of whom live below the poverty line – and provide more sustainable incomes.

It is also expected to focus on strengthening relations between coffee producers and the state, after a series of anti-government protests last year under former President Ivan Duque caused coffee exports to grind to a halt. An estimated 10-16% of Colombia’s agricultural GDP comes from coffee cultivation, with the majority (around 60%) of Colombian coffee farmers cultivating less than one hectare of coffee.

“I think there will be more financial investment in the coffee sector than previous administrations,” the Huila-based coffee trader says. “Beyond the money, I also believe it can encourage not only coffee farming but agriculture in general through mechanisms that make the producer more inclusive and better manage the resources that the state allocates.”

A video posted during Petro’s campaign trail showed him listening to the grievances of coffee farmers, who complained about the soaring costs of fertilisers due to the conflict in Ukraine.

In response, he said the government aimed to buy the fertilisers and sell them at a lower rate to producers to help lower their costs of production. This is considered a key move in promoting the sector and alleviating problems which have dramatically reduced profit margins for many of the country’s farms.

Too soon to tell

However, not all are convinced about the benefits that Petro’s presidency will bring to Colombia’s coffee-producing sector.

In a recent article for La República, William Trujillo Estrada, a coffee analyst, wrote that the new administration will have to tackle a whole myriad of problems first if it is to usher in genuine change.

“Due to the problem of future sales, many cooperatives, not all of them, are in difficulties and even in liquidation,” Estrada wrote a few weeks before Petro’s party, Humane Colombia, was voted in. “[Petro’s administration] will have to confront this crisis.

“In the medium term, it will also have to face the international price crisis, which will begin next year when Brazil begins harvesting coffee production in more than 400,000 new hectares, which is estimated to increase its production to 70 million bags to recover everything lost by frost.

“Finally, it will have to deal with the reduced harvest caused by the winter, the decline of the renewal programme, and the high cost of fertilisers.”

In addition, some are sceptical about where the money will come from. While Petro says that he plans to introduce tax reforms to fund his social programmes, observers worry there could be a significant reliance on credit to develop infrastructure, which farmers already operating at lower margins would struggle to pay back.

“I was in Risaralda a few months ago and a coffee producer had a cable car installed on credit,” says the CEO of Cafe Export Colombia, Klaus Klein. “It costs around $8,000 and he might never be able to pay that back. If then his son, if he takes over the farm. The idea itself is good – it’s easier to find pickers because they don’t have to carry the coffee over the steep hill. But the cost-benefit calculation is not given.”

However, with Petro’s presidency only in its second week, many believe it is too early to predict which policies – if any – will affect Colombia’s coffee producers.

“I prefer not to speculate on the impact of the new president,” says a member of the Federación Nacional de Cafeteros (FNC). “There is enough uncertainty in Colombia to guess what will happen with Petro to the coffee growers.”