Is the coffee industry expecting too much of B Corp? 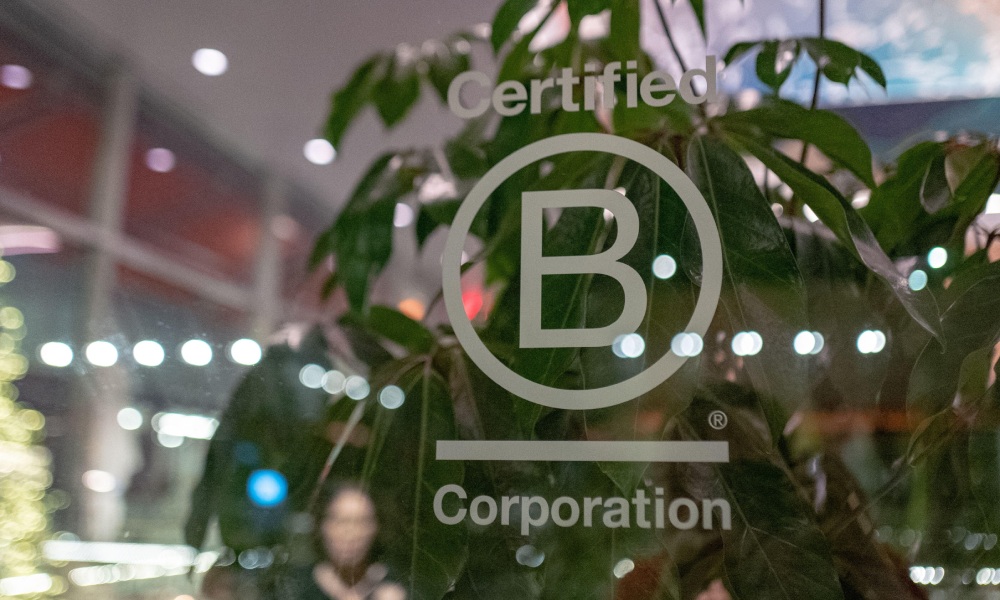 OVER THE past two decades, industries across the globe have been adapting and responding to significant changes in consumer conscience.

In particular, the pressure from consumers to see sustainability, transparency, and inclusivity built into the business practices of the brands they support.

One of the major tools for informing this consumer transformation is the certification of companies and products under third-party labels. One of the leaders in this space is a company called B Corp.

Launched in 2006, B Corp’s mandate is to certify for-profit companies in areas of business governance, and disclosure policy. Companies take on what is called a “B Impact Assessment”, in which they must “demonstrate high social and environmental performance, make a legal commitment to stakeholders, and exhibit transparency.”

This assessment is designed to build stakeholder and environment focused protections into the structural and legal framework of the company. If you achieve an overall audit score of 80 points or more out of 200, you have become a B Corp, and will join a community of more than 4000 companies worldwide.

In the coffee industry, a number of businesses – from roasters to coffee shops to espresso machine manufacturers – have received a B Corp certification. As one of the most scrutinised industries in the world, many within coffee see it as an effective way to receive recognition for their positive business practices and to showcase a globally acknowledged stamp of approval.

However, in June this year, Swiss coffee giant Nespresso came under heavy fire shortly after becoming Certified B Corp.

An open letter citing human rights violations in its supply chain and environmentally unfriendly practices received hundreds of signatures, among them a number of Certified B Corp roasters. Among other things, this highlighted some problems with relying on a single, all-encompassing certification as a “silver bullet” for an industry as vast and complex as coffee.

Origin Coffee Roasters is one of the UK’s leading specialty coffee brands and became a Certified B Corp in 2020. Across the five categories – governance, workers, community, environment, and customers – it received a score of 81.9.

“We’ve always wanted to do the right thing,” he says, “and we always wanted the business to be a force for good. But we also see the value of having a framework that keeps us on track and gives us a way to measure how we’re doing at that.”

B Corp does this by demanding reassessment every three years. Notably, companies must show how they have progressed in order to remain accredited and receive a higher score to hold onto the certification.

However, they don’t necessarily need to score well across all five categories. In fact, businesses could drop points in one area, for example their approach to employment , while picking up points for sourcing more sustainable coffee – and still become certified.

Some see this as a major flaw in the certification and believe it is the reason Nespresso was able to become a Certified B Corp company despite questions over its practices.

The open letter, written by Portland-based nonprofit Fair World Project, pointed out that Nespresso had “an abysmal track record on human rights from child labour and wage theft, to abuse of factory workers is well documented by the media and NGOs”, but still managed to score 84 points.

“I think B Corp is an excellent certification for companies to look at their overall governance and impact, but to solely rely on that is irresponsible,” says Martin Mayorga, who owns Mayorga Coffee, a direct trade coffee roaster based in Maryland. “You can easily see how some companies might be able to make up for shortcomings in one area by making it up in others.”

For many, the open letter was more than just calling out Nespresso. It undermined B Corp’s position as arbiters of fair, inclusive, and transparent company policy.

The thinking is that if Nespresso can ace its audit, then it compromises the investment, reputation, and work of thousands of companies which have become Certified B Corp. Meanwhile, its use as a way for companies to communicate their separation from the exploitative practices of old could become redundant.

For Origin, one of the biggest upshots is how these recent events will affect their ability to attract the country’s top talent “The certification was never going to be a revenue generator for us,” Andy explains.

“It’s an expensive undertaking and we weren’t doing it to boost sales. We did, however, hope that it would be a talent generator for the company. Young, talented people want to work with companies who can prove they’re doing it right.”

There’s no doubt that some consumers will now start to view Certified B Corp coffee companies with a more discerning eye. After all, more than 20 currently certified coffee businesses signed the letter calling for stricter standards, including Cooperative Coffees, Peace Coffee, and Thanksgiving Coffee Company.

However, B Corp can’t be held entirely responsible for its perceived lack of vigilance. While it has never denied access to coffee companies, it also doesn’t specifically encourage their participation.

The companies which undergo the process of becoming certified understand that B Corp works across more than 150 industries around the world, from beauty and skincare to cacao and winemaking. It would be demanding a lot, therefore, to assume that B Corp could incorporate the full complexities of the coffee industry into its certification process.

“In my opinion, absolutely no certification can address the complexity of the coffee supply chain and the inequities that exist within it,” Martin says. “We generally see certifications as messaging that is sought after by consumers. But don’t rely on it as a stamp of approval for overall business practices.

“Look at the company’s history and track record of engaging in coffee communities, their ownership structure, the diversity of their management teams etcetera. Those things will tell you who you’re dealing with. No certification will ever replace genuine company purpose and human empathy.”

Is the coffee industry expecting too much of B Corp?