The fetishisation of coffee farmers 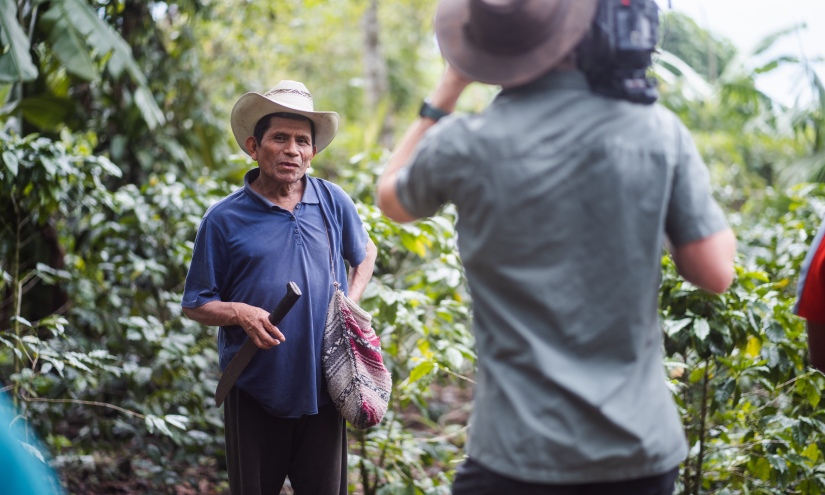 IN THE 19th century, German philosopher Karl Marx described the impersonal relationship between production and exchange as “commodity fetishism”. He believed that, in a capitalist society, the producers of commodities remained invisible from consumers, hidden behind the monetary value of the commodity itself.

Until the late 20th century, the coffee industry was steeped in commodity fetishism. This was largely down to the physical distance between the farmers and consumers. The vast majority of consumers were located in the Northern Hemisphere – Europe, Canada, and the US – while the coffee was produced in the tropical regions of Latin America, Africa, and Asia.

The movement towards a more equitable agricultural system surfaced in the 1980s and early 1990s with the rise of Fairtrade. With the aim of exposing the social relationships behind the products that were consumed and traded, Fairtrade, by its very nature, countered the concept of “commodity fetishism”.

This set in motion the push for ethical consumption that put producers at the forefront of the industry. Key to this was exhibiting images of farmers in marketing campaigns to provide consumers with context of the work behind the cups of coffee they consumed.

The most successful example of this was the character of Juan Valdez created by Colombia’s National Federation of Coffee Growers (FNC) in 1959. Just five months after the campaign’s launch, the number of US consumers who said they recognised Colombian coffee as “excellent” increased by 300%. Around 60% claimed they would be willing to pay more for Colombian coffee.

However, as producer-oriented marketing efforts grew, a new form of fetishism took its place: the inextricable link between high-quality coffee and the tireless, exotic-looking coffee farmer.

In specialty coffee, many roasters continue to use these images to emphasise the conscientious sourcing process and the direct-to-farmer connection, marketing the alleged transparency as part of the coffee’s value.

But, like commodity fetishism, some claim it not only conceals the real people behind the product, but puts up a barrier between consumers and producers. Specifically, they believe it gives consumers false expectations of what it means to live and work on a coffee farm, keeping the next generation of producers from moving forward.

The ‘face’ of coffee producers

Giving a “face” to the producers behind coffee is a good starting point to remove the veil and to expose the social dynamics of an inequitable value chain, where average green coffee export value accounts for less than 10% of revenue generated in the coffee market.

The fact that disparity continues in the value chain despite ongoing action for a more fairly distributed industry, through multi-stakeholder collaborations and investments in oftentimes standalone sustainability projects, questions the authenticity of unveiling.

Dr Gavin Fridell is the co-editor of The Fair Trade Handbook: Building a Better World, Together. He explains that, until recently, most consumers did not have any notion of how their roasted coffee beans came to be, from harvesting to processing.

“Fairtrade and similar projects have forced us to come to terms with, ‘Where is the coffee produced, and what are the conditions?’,” he says. “And, ‘Is it okay for us to fetishise commodities without caring?’”

While Fairtrade has forced consumers to think about the producing end of the value chain, there has been a shift from commodity fetishism to an exoticification of producers’ lives. Here, producers are often simplified and packaged through a generic, white-centric lens.

This is apparent in a Western-dominated coffee industry, where European green coffee traders and American coffee companies take a majority market value.

“There is an inherent coloniality to a kind of project like Fairtrade, that, at least in its imagery, it says that it is up to the consumer to fix this problem,” Dr. Fridell says.

In a market that is inundated with information and variations of sustainability and certifications akin to Fairtrade, the gap between consumers and coffee farmers is difficult to close.

The growing trend to empower and create platforms to showcase perspectives of those from coffee-producing countries, or the “South,” as termed by those in the international development space, is proof of pushback against the usual rhetoric and imagery of coffee farmers.

New business models in the industry are providing possible solutions and alternative voices. Pachamama Coffee Cooperative is a farmer-owned roaster and retailer composed of five member groups in Latin America and Africa that aims to empower smallholder farmers to tell their own story and form direct relationships with consumers.

Meanwhile, in the specialty coffee space, Vietnamese-American Sahra Nguyen, founder of Nguyen Coffee Supply, hopes to redefine the perception of Vietnamese coffee as high-quality, while promoting the cultural integrity of its culture.

Despite these growing initiatives, more work needs to be done. Andrea Brito Nuñez of Colombia-based Azahar Coffee says there is a struggle to create justice for the range of inequities in the industry, from the lack of representation to the lack of transparency in green coffee trading.

She believes small actions, such as communicating with farmers in their own language and charging roasters for photography, are steps to creating a more ethical supply chain.

So, is there a way forward?

“Roasters and traders are the linchpin of what more substantive fair trade could be,” Dr Fridell explains. “They’re the ones that need to work in long-term partnerships with coffee farmer groups…and commit to higher prices.”

The coffee world needs a new approach to portray and advance more transparent, equitable trade. This means moving past the narratives of the Western “saviour” complex and generic imagery of impoverished coffee farmers.

Encouraging farmers to sell directly and empowering diverse perspectives could allow farmers to take charge of their own narratives. This would be a good start.

The fetishisation of coffee farmers