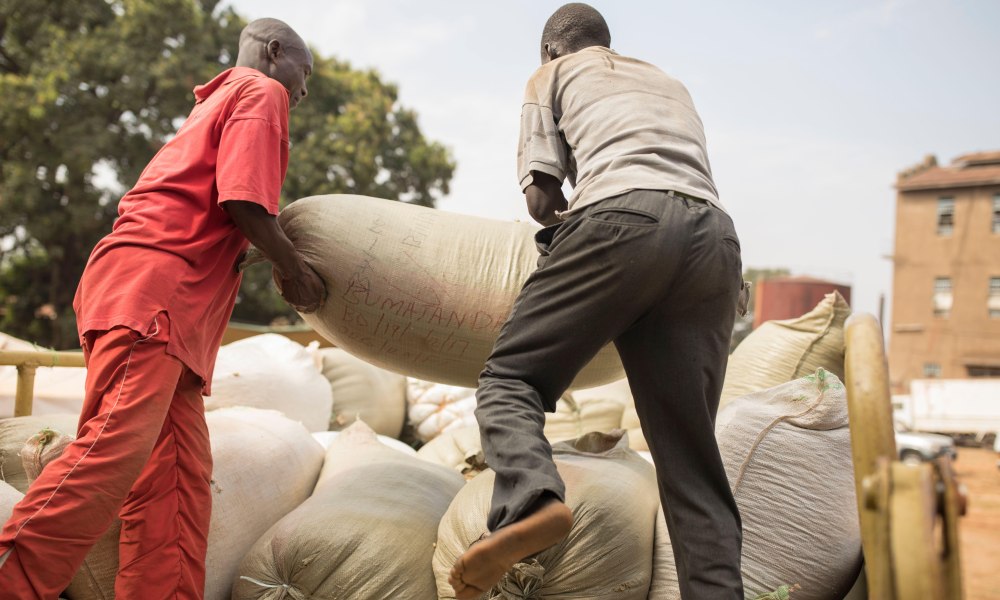 “FROM SEED to cup” is a term used frequently in the coffee industry to describe the journey a coffee bean takes from planting to brewing.

Yet for many of the world’s producers, knowledge of what happens to their coffee ends long before it finds its way into a consumer’s cup.

When their work is done and a season’s harvest is handed over, it typically marks the end of their involvement in the coffee value chain. In Kenya, this is often at the washing stations, whereas at other origins it can be even earlier.

This is more so the case for smallholder producers. Unlike large-scale farms which often control their own processing and even transportation, smallholders tend to rely on cooperatives to prepare their coffees for the market. This makes keeping track of what happens to them particularly challenging.

Valentina Herrera is sales manager at Colombian producers Café Granja La Esperanza. She explains that the majority of the country’s smallholders know little about the fate of their coffees.

“We are very connected with our roasters and distributors, so we always see the end result,” she says. “But generally speaking, most Colombian coffee growers don’t know where their coffee goes.”

For many within the industry, this has long been considered a problem. It’s widely believed that producers should have full transparency of where their coffee ends up, as it could improve their bargaining power and dispel doubts about the honesty of buyers.

However, others suggest that so long as producers receive a fair and sustainable income, it should be up to no-one but the producers themselves to say whether they ought to know or not.

“They realised they were being lied to”

While the concept of traceability isn’t exactly new to coffee, it has, for the most part, only applied to the consumer-facing side of the industry.

In other words, roasters have gone to great lengths to ensure that consumers know where the coffee has come from, while producers remain largely in the dark.

However, two-sided traceability carries several benefits, not least because it gives producers a clearer understanding of the market value and potential of their coffees.

Casey Lalonde is the co-founder of UK roastery Girls Who Grind Coffee and is a fervent supporter of making producers more active participants in the supply chain.

“Knowledge is power,” she says. “And the more information everyone has, the better. It changes farms, opens up access to markets. There is huge value to producers knowing what happens to their coffee. Everything is so top down at the moment and it needs to change.”

To illustrate her point, Casey recalls the story of a Salvadoran producer with whom they work.

“They were told for years and years that their coffee was bad quality and that no one would pay a lot of money for it,” she says. “It left them with little choice but to sell it to a local middleman – which is what they did.

Café Granja La Esperanza safeguards against this by paying close attention to the destinations of its coffees. As well as communicating directly with roasters, it uses social media to track customer feedback and to understand how it is being marketed and sold.

“From my perspective, you only get satisfaction from your work when you see the results,” Valentina says.

Coffee producers have a lot to think about, from acquiring fertiliser to keeping their plants alive and healthy.

Regularly checking on whether their coffee is being used for instant or in an espresso martini, therefore, can seem like an unnecessary task, particularly if they are receiving a sustainable price for their coffee.

Most agree, however, that when producers can see beyond the point of sale, it can help them achieve considerably better quality coffee.

“Coffee growers often have more basic problems than those in consuming countries,” Valentina says. “But if they knew where their coffee was going, there’s no doubt they could produce better coffee. They would take more care of the picking and the processing, because they’d see their coffee could receive higher prices.”

That said, Casey admits that while greater information transparency is almost always a good thing, those in consuming countries will never truly understand the priorities of producers. Instead, she suggests that creating a level playing field involves forming direct relationships and treating producers like businesspeople.

“We don’t know what it’s like to be a producer,” she says. “We will never know even if we make a couple of origin trips, we don’t know their lived experiences. There is way too much romanticism. When we send a box of our coffee to a producer and they are pictured holding it, it’s all for us.

“But when you start to have those direct relationships, it starts to make such a massive difference.”