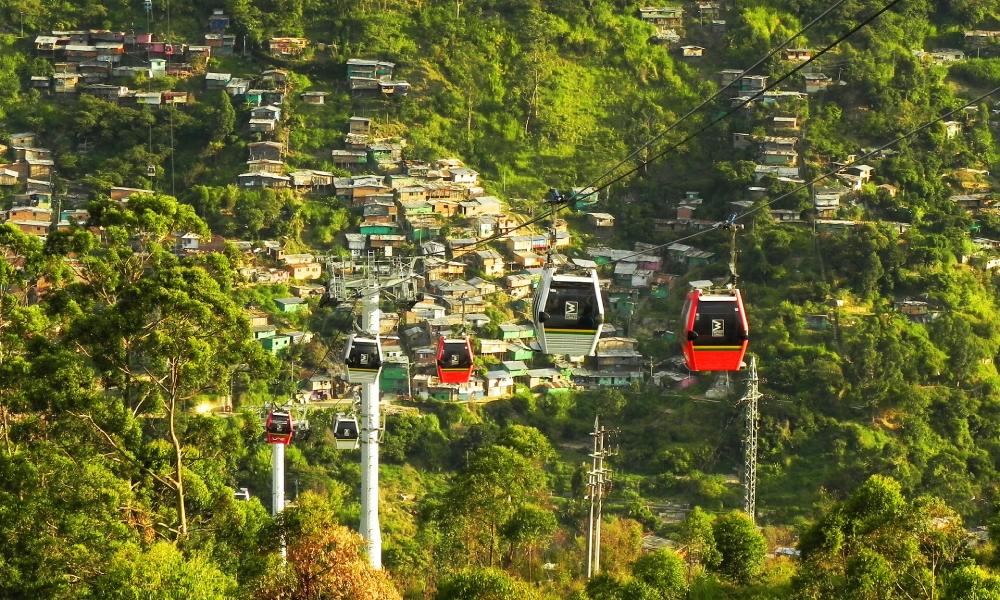 IN THE coffee-growing municipalities of Latin America, you can tell when the price of coffee is high.

Cafés, bars, and restaurants teem with locals, shops have steady queues of people waiting outside, and new businesses, from hair salons to clothes stores, increasingly crop up.

In short, high coffee prices fuel a thriving local economy. Everyone from the pickers to the farm owners have more money in their pockets thanks to higher incomes. And that which they don’t save is usually spent locally on leisure, education, and long-term investments.

The connection between high international coffee prices and economic activity is supported by a number of studies. The Federal University of Viçosa in Brazil, for example, found a clear link using data on artificial night-light use as a measure. It revealed that when prices were high in Colombia between 1992 and 2005, not only did economic activity rise, but also schooling outcomes increased and mortality rates fell.

However, unlike other major staple foods, coffee prices are notoriously volatile. A combination of supply-side issues and changes to global demand can have dramatic effects, often leading to a wide range of peaks and troughs in a single month.

“Look at the frost attack in Brazil,” says independent coffee consultant, James Sammi. “When it happened, it immediately pushed the price of coffee up due to the expected shortfall in production over the next couple of seasons.

“Farmers who had access to this information began investing in producing as much as possible in anticipation of better rates – which will then lead to a further drop.”

In the last six months alone, the global price of coffee – known as the C price – went from a high of $2.58 in February to a low of $1.91 in March. But how does the rapid change of fortunes affect local economies?

The drop in disposable income causes workers to tighten their belts and curb their spending on everything from education to dining out. The general buzz of activity in the region tends to drop off as the incentive to produce coffee diminishes and the costs of production outweigh the income received.

This is particularly true of countries that rely on manual labour to produce the coffee. For example, a recent study found that labour accounts for 75%, 57% and 56% of total costs in Colombia, Costa Rica, and Honduras, respectively, compared to Brazil where production is characterised by a higher degree of mechanisation.

“Low prices discourage farmers from producing coffee,” says Dr. Midway Bhunu, a coffee programme manager at Technoserve. “The challenge is that coffee is a long-term plantation crop that requires more time for farmers to make income.”

According to James, low coffee prices kill local economies and can give rise to unsavoury consequences as there is not enough disposable income to make ends meet.

“Young people employed in the coffee sector and allied sectors tend to engage in criminal activities once coffee production is halted due to very low prices,” he explains. “Insecurity becomes a related effect of price changes.”

Indeed, a paper on commodity price shocks and civil conflict found that during the 1990s, a sharp fall in coffee prices lowered wages and disproportionately increased violence in Colombian municipalities cultivating coffee. The 68% fall in coffee prices between 1997 and 2003 saw a 14% rise in casualties in the average coffee municipality, relative to non-coffee areas.

Towns built almost entirely around coffee production can be found across the world, from Ethiopia to El Salvador. These areas depend on coffee for their livelihoods and, naturally, feel both the pinch and the rewards when coffee prices change.

In towns where producers control much of the local economy, bars, restaurants, shops, and even schools become more prosperous in line with higher prices – and grind to a halt when the price drops off.

However, according to Dr. Midway, stable coffee prices can lead to a quality of life for all. “The farmers we work with are not much affected by volatile prices because they have been receiving a constant price for about five years now.”

In coffee production, receiving a consistent income is difficult. Last year, Colombia’s national coffee federation, the FNC, called for an international coffee base price of US $2 per pound, arguing that “social and environmental sustainability is dependent on economic security”. However, nothing has yet been implemented.

Another option that has worked in some regions is aggregation. Aggregation is the process by which smallholder farmers get together into cooperatives with the idea that they will have greater bargaining power when it comes to negotiating prices. “Producer organisations can use futures contracts and options to manage price risks,” says the ICO report.

That said, booms and busts in the global price of coffee are deeply ingrained in the industry’s culture. The complexity of the supply chain, and changes to both demand and supply are often outside the market’s control.

And until price volatility disappears from the coffee industry, local economies will have no choice but to bear the brunt.