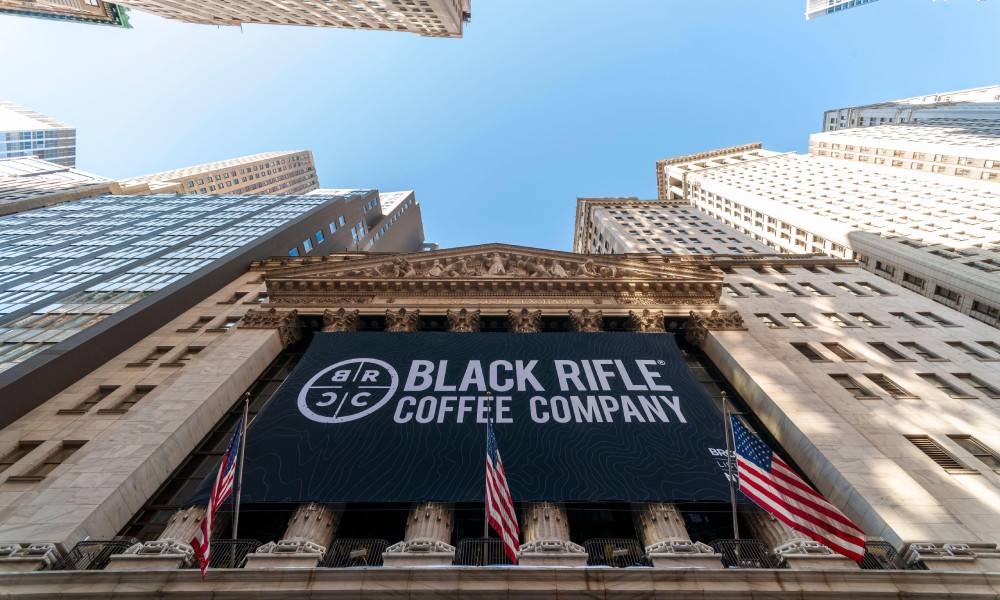 A FEW months ago, when it made the decision to go public, US roaster Black Rifle Coffee Company drew attention to an interesting phenomenon.

Having been founded just eight years earlier, the company joined the US stock exchange with a company valuation of over $1.5 billion. And while Black Rifle’s rise had hardly been a secret, the size and scale of the IPO highlighted an important point: veteran-owned coffee businesses were big money.

Broadly speaking, veterans are retired servicemen and women who have, in most cases, worked in the military for a number of years. In the US, there are around 18 million people classified as veterans, according to recent US Census Bureau figures.

Upon leaving the service, most veterans tend to engage in various community projects or take on new roles that make use of their skills, such as police officers or healthcare professionals.

However, an increasingly popular option is to go and work for a coffee business.

Luke Schneider is the founder of Fire Department Coffee, a veteran-owned coffee roaster in Rockford, Illinois. He launched his business in 2016 after working as a US navy officer, firefighter, and paramedic, and explains that starting a company makes sense for a lot of veterans.

“There has definitely been a rise in veteran-owned businesses in the US,” he says. “I think maybe it’s the discipline people learn and strengthen while in the military.”

Indeed, the US Small Business Association (SBA) reports that 25% of post-9/11 veterans want to start their own businesses. But why has coffee proved so successful?

As well as offering job opportunities, a big part of their rise comes down to their function as businesses that “give back to the veteran community”. Establishments like Altruistic Joe Coffee, for example, donates 20% of its profits to charitable organisations.

Alongside the roastery, Luke also runs The Fire Dept. Coffee Foundation, a charitable organisation supporting groups that help firefighters and first responders injured on the job or facing psychological challenges. He says that they want to do more than simply make profits, but also to have a lasting impact.

This approach has been particularly effective in the US, where public attitudes towards veterans are high. A majority of Americans (64%) say they look up to people who have served in the military, while a third believes veterans are more hard-working than non-veterans.

The marketing of veteran-owned businesses has also been an important driver. Black Rifle is an example of how a brand’s story and message can quickly overtake the product it offers.

“Gaining traction for your brand in a crowded market has little to do with the actual product you’re selling,” writes Dave Sutton in The Power of Personality. “It’s all about the story. A strong brand begins with a simple, remarkable, yet authentic brand story, [which is] something Black Rifle Coffee Company seems to have known instinctively.

“In addition, Evan Hafer [Black Rifle’s founder] is clearly and unapologetically aware of who his audience is and what they’re all about, a deliberate narrowing of his consumer base that has, contrary to the popular wisdom, been paying off.”

Yet not all veteran-owned coffee brands operate in this way. While branding plays a part in Luke’s company, he says their focus has been on delivering the type of coffee that can compete with what’s expected of other third wave specialty coffee brands.

“We are a premium coffee brand,” he says, “so our target market is anyone who appreciates high-quality coffee.”

Will the market continue to grow?

Veteran-owned coffee businesses are a great avenue for veterans seeking a transition to civilian life after life in the service.

Despite Black Rifle’s ambitious claim that it would “hire 10,000 veterans”, more than half of its 550 employees are indeed former military service workers. Similarly, Fire Department Coffee’s team is almost entirely run by active or retired firefighters, from its head roaster to its operations officer.

To date, there are more than 85 veteran-owned coffee businesses across the US, including ones in California, Texas, Wisconsin, Wyoming, and Arizona.

Yet far from reaching saturation point, Luke believes the market still has room to grow.

“The market is huge, and there is always room for growth and competition,” he says. “We are very blessed, because in America we have a lot of opportunities, which maybe other countries do not have – and we’re very grateful for that.

“The possibilities are endless on how much we can grow. The customers are from all walks of life, not just the military or first responders, they are people who appreciate a good cup of coffee.”